Do you know the secret of the most effective, cost-efficient oil producers in the game today?

It’s not some new age approach to their hiring practices. It’s something much simpler, folks… these teams have mastered the art of elimination, automation, outsourcing, and delegation.

It’s so simple in theory, but how many operators put these cost-slashing activities into practice?

“But this boom is different!” they cry…

“Why count nickels and dimes in the office when there are dollars to be made in the field?!”

Look folks, if you take the long view on oil, you understand the importance of running an effective operation. When distributing responsibilities to your team, it’s important you work through your list of responsibilities and tasks.

Essentially, it’s the perfect opportunity to utilize the 80/20 rule to throw out non-essential tasks. Rather than distributing 100% of the work of the manager, the savvy operator will divide the work into two groups:

How do we do this? It could be as simple as throwing the company’s tasks on a whiteboard and striking a line between the “crucial 20%” and the “other 80%”. You must ask yourself what can we eliminate? What can we automate? What can we outsource?Then (and only then!) should you delegate what is left…

How efficient are your operations? How much extra work are you creating for yourself and your team by not first reviewing the validity and importance of each task?

Basically, you need to distribute responsibilities throughout the team (or to outside the team) in ways that aren’t going to add a lot of extra work. That’s why it’s so important to eliminate, automate, and outsource before delegating to your team members.

For core activities that simply can’t be eliminated, oftentimes we can still cut 80% of the field reporting, production monitoring, well checking, and performance auditing.

Understand, the oilfield has been run the same way for a long time. However, there’s no reason why we can’t get a little creative. For example, rather than having a process to pre-approve expenditures, have you considered eliminating the approval process all together?

Before you knock it, why not try it? It’s a great example of effective elimination and transparency. On a wall, post everyone’s expense reports or team expenditures against budgets. Not only does this breed transparency, but with type of expenditures method in place you also create a process in which employees must seek advice from others before spending money. It could be a process in which a peer — not a manager — must approve the expenditure.

One of our favorite examples we’ve seen of effective elimination and transparency was a company that posted the performance of the routes of every lease operator. Monthly overhead averages that were necessary to maintain a pumper’s wells and daily average production numbers for the route were on display at the field office for all to see.

Sure, some wells were going to produce more than others. And you’re right, a few outlying wells were going to be more troublesome (read: cost-intensive) than the others. However, spread out over a pumper’s route of 15-40 wells, a company is able to see a distinct differentiation of performance among its employees (and thus reward production teams accordingly!)

Both the ‘old pros’ and the ‘young know it alls’ are difficult to manage. Getting them to understand how their engagement (or lack thereof) with their route affects the bottom line of the company can be difficult. However, when companies are fully transparent, poor performers are left to argue with the numbers (and we all know that ain’t much fun! ;-P)

These methods of peer review may be reserved for only the most progressive companies in the oilfield, but we believe that transparency is a much more powerful and productive combination than administrative rules and regulations.

Automation of Your Production Reports

After eliminating and reducing as much as possible, go through and map out what you can automate or outsource, in ways that will both free company time and improve your results.

Most great oil companies have come up with crafty ways to eliminate paper. Have you ever asked yourself what conditions would have to exist for the team and executives to get all the reports and analysis they need with the click of a button? By submitting production numbers in real-time (such as with an app like GreaseBook), ask yourself whether you could eliminate the need for someone to do reporting altogether…

In doing a lot of this elimination and automation, understand “data-addiction” is a real issue. As a company, you need to ask yourself which reports are nice-to-have versus completely necessary. It is common for executives and board members who ask for reports to forget that many take considerable time and energy to produce, and that time isn’t free because it takes people away from the true business at hand (ie pumping oil).

Rather than blindly producing reports, ask them their business goal for the report. It’s not uncommon that they need something other than for which they’ve asked. Help executives understand the cost of the reports they want, so they can prioritize their requests.

Ask yourself how you can reengineer your reports to be more useful. Reports are often created just because someone wants it without a clear idea of its purpose. Ask, “What decision will this report help you make better? What is the goal of this report?” If a report doesn’t help you prioritize your energies or make better decisions, it should probably be reworked or thrown out. In doing so, staff is able to automate oil purchaser reports, and push out many of the duties that were originally intended for in-house admin to the pumpers in the field.

Why does it feel hard to develop self-managing people and teams? Assuming you have hired good people (which many times isn’t the case), a main cause of failure is giving up too soon.

No doubt, adhering to elimination, automation, outsourcing, and delegation requires patience and practice. For some of you, it might take eight weeks to make a team self-managing. For others, it could be eight years. But if you give up along the way, you for sure will never make it happen. Stay committed, your bottom-line depends on it!

From exploring Greg’s definition of “success” to disclosing his role model (W. Axl Rose, notorious front man of 80s rock band Guns ‘N Roses), the article gives the reader some interesting (and fun!) insight into Greg’s life and how he got to where he is today. 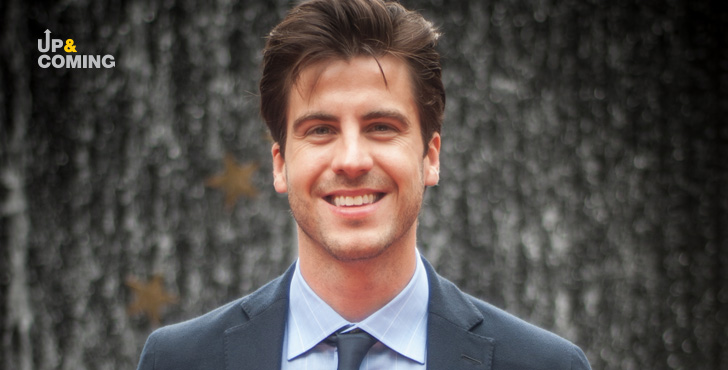 We’re proud of everything Greg has accomplished, and even more grateful to The OGM for recognizing his hard work — check out the full article by clicking here: 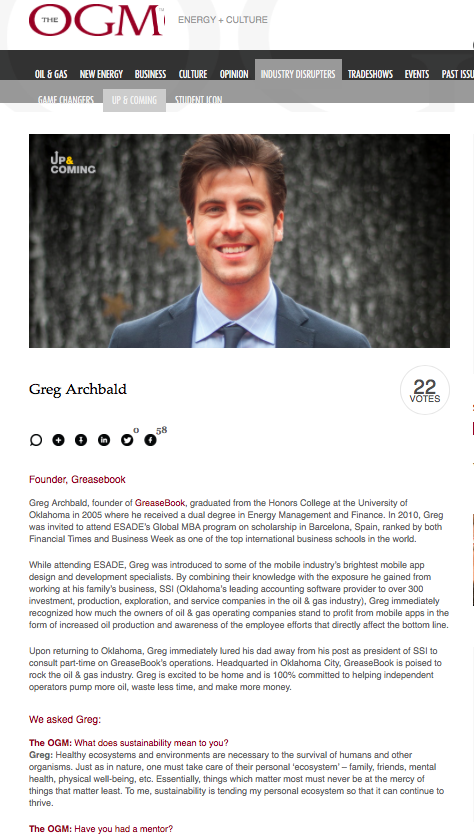