Ajax, Just Another Word for Excellence…

I know you groan when you hear that you have an Ajax engine on your pumping route. But the reality is, Ajax engines are still, to this day, among the very best engines for pumping units I have ever worked with.

For some reason though, when my fellow pumpers talk about them, they do so with an “I can’t believe I have an Ajax on my route” kind of flare.

Frankly, to me it’s a bragging right.

I love ‘em. When I get a lease location with one, I can’t wait to get a chance to start it. They are just so impressive.

Yes, Ajax engines can be cold-blooded in the winter. And if you allow them to go down in cold temperatures and they lose their heat, God help you if you are starting them with a pin-starter, or worse, kick starting them.

And pretty much any company still running an older Ajax is possibly going to be the type of company that might be skimping on allowing a methanol pump and a whole tank of methanol.

So, I agree, having an Ajax engine on your route can, at times, have implications that could point to pumper suffering.

But if you are a real pumper – someone who enjoys a nice day spent out changing stuffing box rubbers or changing the oil in your engines, then you too know the sheer excitement you feel when you realize one of your new leases has an Ajax.

Of all the engines I have had, my units with an Ajax have not had any parted rods or stuck pumps, and if you keep them maintained and running, they go down less than my C-96s and C-106s. They are certainly better, by far, than every single Fairbanks 503 I have ever had – now there’s an engine to complain about.

You may or may not know this, but Ajax is the oldest engine still being produced in the United States. They have been used in the oilfield for 130 years.

Even today, its two-cycle design offers the most simplistic management. It eliminates valves, rocker arms (arghghg), push rods, and cams. Typically, if I have an Ajax down, within minutes I can determine what is causing the trouble and fix it (and I am definitely no mechanic).

Ajax Iron Works began in Pennsylvania, a steel and iron producing state from way back. But also key to how Ajax became such a love child of the oil industry is that Pennsylvania was the drilling site of the first ever oil well in the U.S.

Ajax Iron Works started with steam powered engines, and in 1895 the company added gas powered engines to their line. In 1958, the company made the first ever Ajax integral-engine compressor. As the years went along, they made them larger and larger, with more power to compress and move gas in the field as well as continuing to make Ajax pumping unit engines (E-42s), of which I had many. 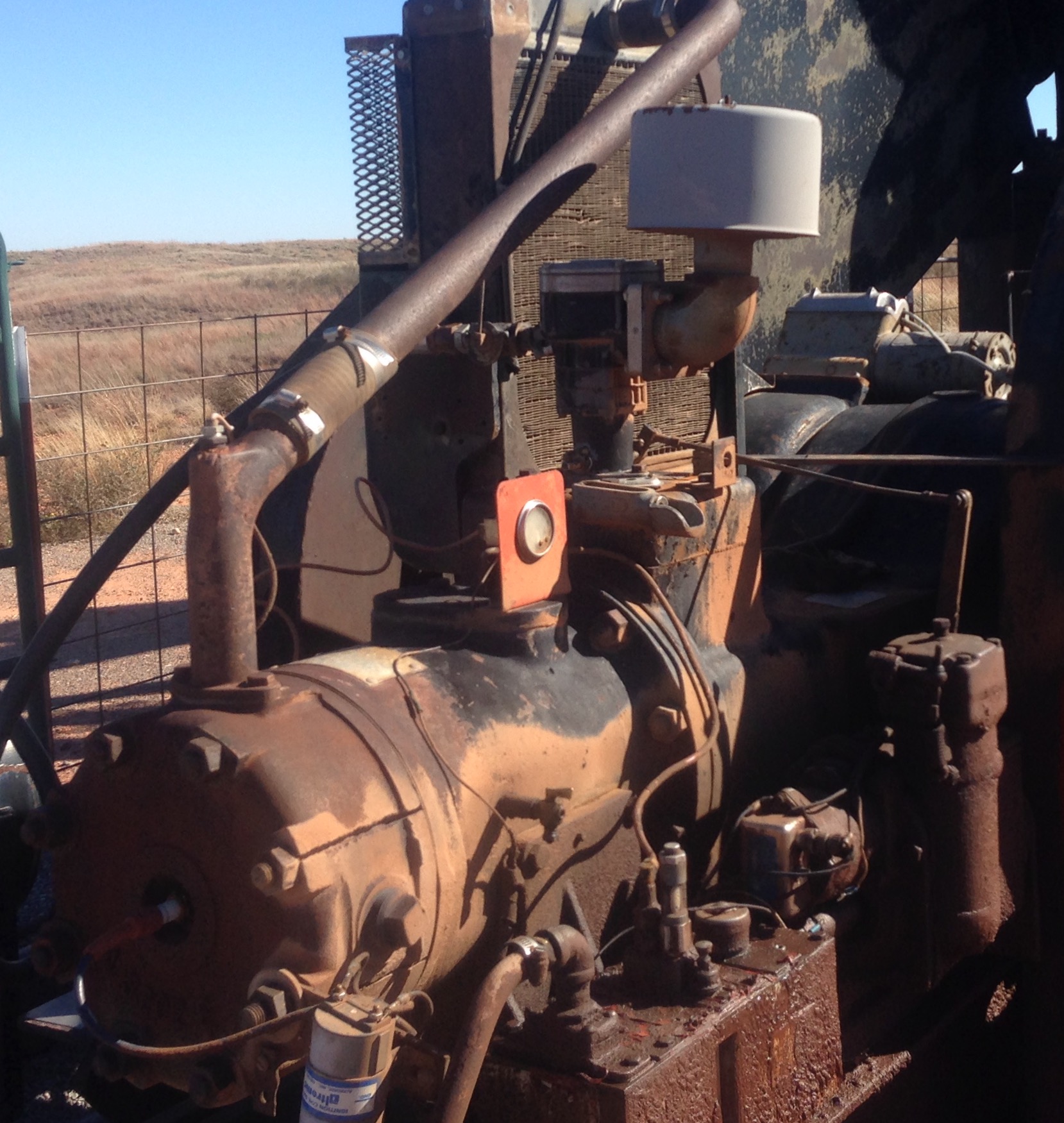 I also had an Ajax C-42 that was a lease site compressor, as well as DPC-115 on a lease I took care of. Both engines were amazing and at least 30 to 40 years old. Yet, they ran well if we prepared them well for winter and I never had trouble with one during the summer. I will admit, restarting that DPC-115 was a bitch. We used compressed air and had to have the flywheel positioned exactly where it would engage the altronic ignition or you were SOL. That thing was huge and kinda spooky, but in some masochistic way, I miss that ol’ thing. 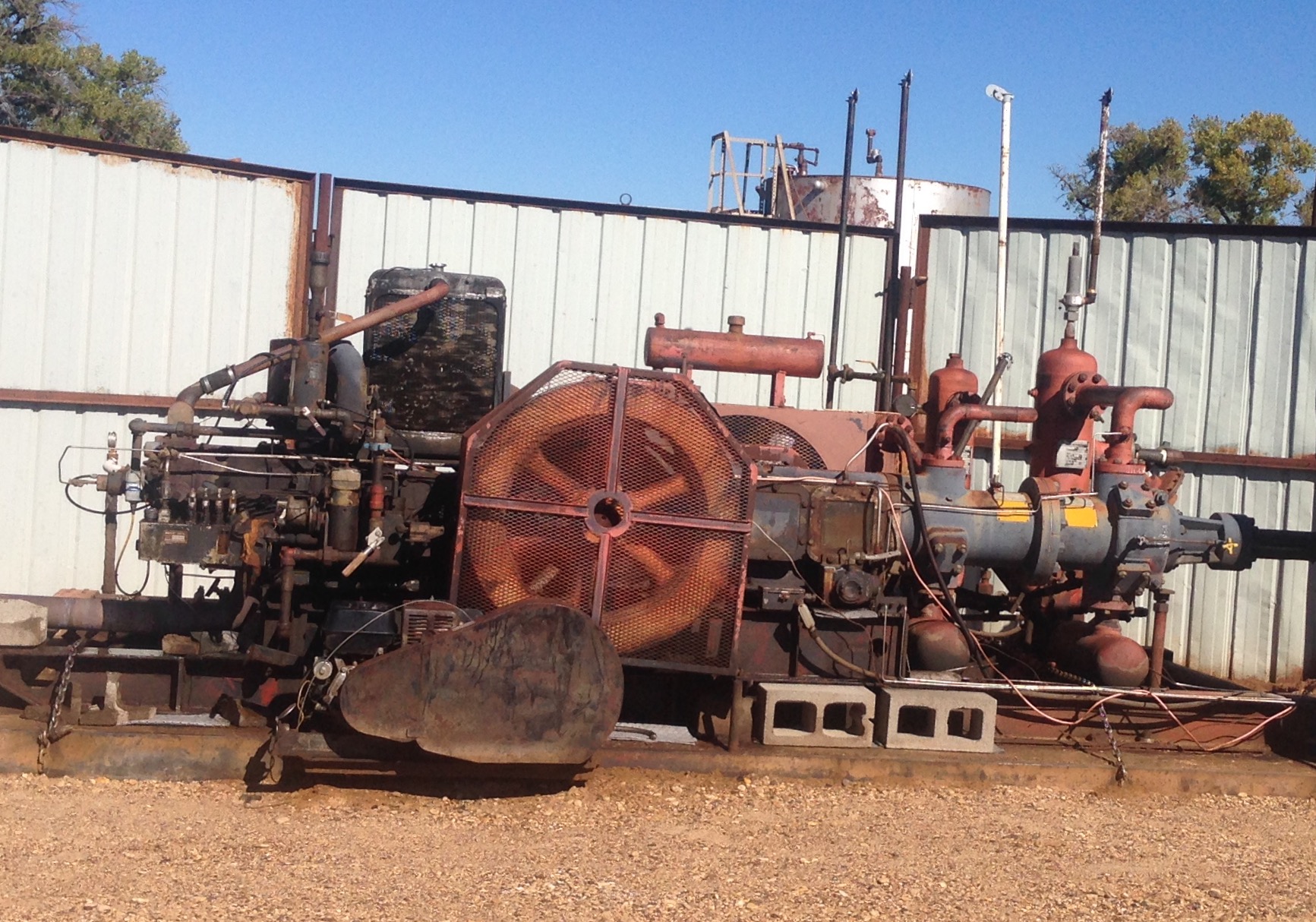 This is an old C 42 with a pony motor right there by the flywheel. The pony motor has a starting wheel that I run to start this engine. Love this engine!

There’s just something about that sound that makes me feel safe – like, with all the trouble in the world, there is something in this life that actually lasts.

A Basic Guide to Oil and Gas Drilling Operations