Scale and corrosion can be a major cause of equipment failure and other problems. Reducing and controlling corrosion is, in many cases, one of the primary ways you’ll be spending your time around an oil and gas lease. It is most often an issue with wells that produce a great deal of water. You can see a few examples of the effects of corrosion and scale buildup in Figures 1 and 3. 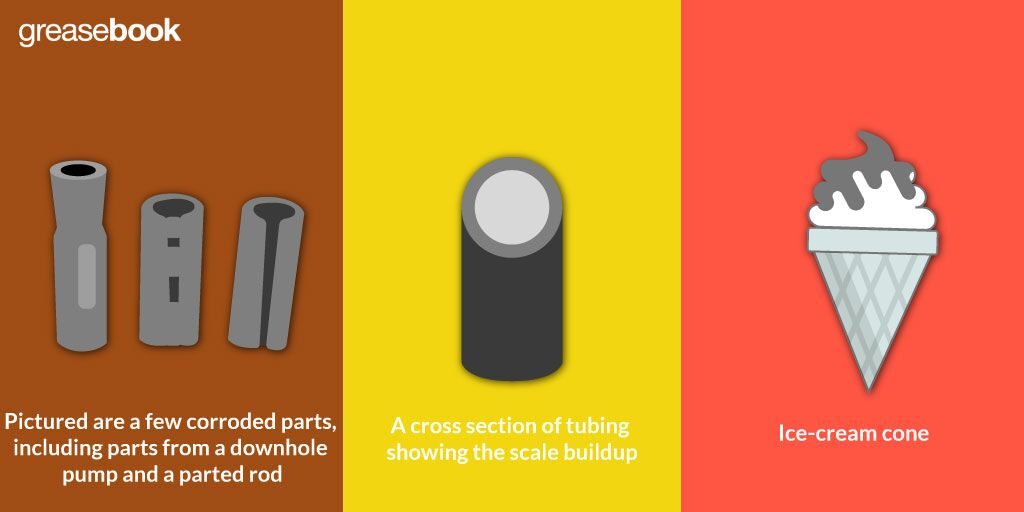 Any reaction between a metal and its surrounding that leads to the breakdown of the metal is corrosion. The environment downhole and at the surface is often a perfect place for corrosion to take place. Many things can cause corrosion, but all involve either a chemical or electrochemical reaction. Chemical corrosion involves a reaction that creates a new compound that takes molecules from the metal, eventually breaking it down. A common example of this sort of corrosion is iron oxide, or rust. 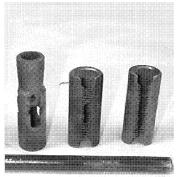 Figure 1. Pictured are a few corroded parts, including parts from a downhole pump and a parted rod. 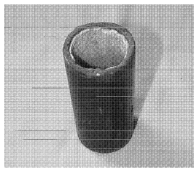 Figure 2. A cross section of tubing showing the scale buildup.

Electrochemical corrosion involves an electrical current which generally is created naturally between two different types of metal. The metal gives up electrons to create the current, which leads to a breakdown of the metal.

Carbon dioxide consists of one carbon atom bonded to two oxygen atoms. When combined with water, carbon dioxide can form carbonic acid. This is a highly corrosive substance that can be dangerous to work with. Carbonic acid will also lead to corrosion, particularly of steel parts. The iron in the tubing, fittings, and other components reacts with the acid to form iron carbonate, which is not as strong as the steel. Components, particularly downhole components, can become pitted or cracked. Corrosion coupons are pieces of metal, ideally of the same type used in the construction of components, that can be inserted in lines. These can be taken out after a certain period of time and analyzed to determine how much they’ve corroded. Using this information, the corrosion damage in the rest of the system can be estimated. Caliper surveys can also be used to measure corrosion. A caliper, a piece of equipment with several metal ‘fingers’, is run along the inside of the tubing to look for pitting and cracks. A variety of chemicals, alloys, and coatings can be used to reduce carbon dioxide corrosion.

In a little less than half of all wells, hydrogen sulfide is produced from a well along with oil, water, and gas. Generally, the amount of hydrogen sulfide will increase over the production life of the well. When this chemical combines with water, it forms sulfuric acid. This is a highly corrosive and dangerous substance. Corrosion caused by sulfuric acid is often called sour corrosion. This acid forms fairly easily, and can cause a great deal of corrosion below the water level in tanks.

Steps to prevent sour corrosion are similar to those taken to prevent sweet corrosion. Using chemicals, corrosion resistant fittings and components, and linings can reduce damage substantially. Sending chemicals down into the annulus can also be helpful in addressing corrosion downhole.

If the concentration of hydrogen sulfide is too high, it might be necessary to wear a gas mask when gauging and testing oil. 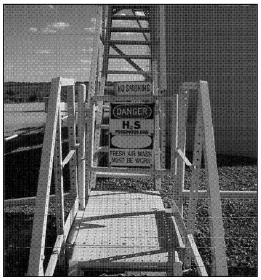 Figure 3. Breathing equipment is necessary when working at this location because of high amounts of hydrogen sulfide.

Other steps to prevent corrosion include maintaining a blanket of oil over the water, keeping oxygen from contacting it. A system that prevents the open atmosphere from meeting water produced in a well is called a closed system. Conversely, a system that is open to the air is called an open system.  Wells that operate with the casing valve open to the air risk an increase in corrosion. Open systems are sometimes chosen because rust is a common result; a small amount of rust can act as a barrier between metal and air, and help prevent other types of corrosion as well. Water flood operations can also add oxygen to the system, resulting in increased corrosion.

In general, there are two types of electrochemical corrosion; one is caused by the leak of an electrical current into the surrounding environment. The other, more common type is the result of a basic and naturally occurring battery cell.

Current in the environment may sometimes be intentional and used to power equipment. More often, it’s the result of an accident or natural force. For example, blowing wind can cause static electricity. Poorly grounded wiring can also lead to current passing through metal pipes.

The second type requires an acidic liquid of some sort, so it occurs downhole or in wet ground. Electrons flow from one metal to the other, from the anode to the cathode. Techniques to prevent this sort of corrosion are called cathodic protection, and usually involve altering electrical flow to protect metal.

Scale is caused by sediment suspended in fluid precipitating out and coating the surface of metal or rock. In the context of drilling, water usually carries minerals in solution as it flows toward the bottom of the well. Scale can actually be a problem in the rock leading up to the wellbore, and not just in the well and other equipment. Scale can actually plug the formation and the perforations in the well. It can also clog tubing and flow lines, and prevent tubing and other equipment from moving up and down the well. It can also collect and form a solid at the bottom of stock tanks. It also can act as a catalyst for electrochemical corrosion, increasing the damage it causes. 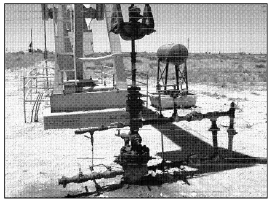 Figure 4. A wellhead with equipment to prevent scale. The tank for holding chemicals is shown in the background, and to the left of the wellhead is the pump and injection tee.

As with corrosion, there are coatings that can be used to prevent the buildup of scale. There are some varieties that can be applied like paint to equipment used with flowing wells. Pumps would end up damaging the coating, so instead chemicals are circulated down the well that end up coating the pump and other equipment.

An operation may end up having problems with scale for many reasons; sometimes a buildup is inevitable. When this happens, it may be necessary to take the system apart, clean the scale out, and then put everything back together. Chemicals can be used to scour scale out from inside equipment, and it can also be drilled out. This can involve quite a bit of work however, requiring a worker to enter the tank with all the necessary safety requirements.

You can also take some steps to reduce the impact of scale when building the wellhead and tank battery. Hard turns will generally in pipe are more likely to become clogged, while curves with a greater radius have fewer problems.

Is your appetite for oil & gas operating knowledge insatiable like ours? 😀 If so, check out this related article, How To Prevent Corrosion In Oil & Gas Production – it will surely pump you up!!!

How To Service An Oil & Gas Production Well