Crude oil, the fluid that’s pumped right out of the ground, is full of stuff that’s not oil, gas, or another hydrocarbon. Separation is the process of removing as much of that other stuff as is possible, as well as separating the various elements of oil. Treating oil is a key part of the separation process.

The process of treating oil can actually start even before it’s pumped out of the well, and will continue until the oil is sold. Chemical treatment is the most common way of treating oil, and most crude oil will have chemicals added to it at some point to help water and sediment separate out. Chemical treatments can also be used to prevent corrosion of pipes and tanks, and for a few other uses as well. For some specific problems, there are also some special ways of treating oil beyond the standard chemical additives. 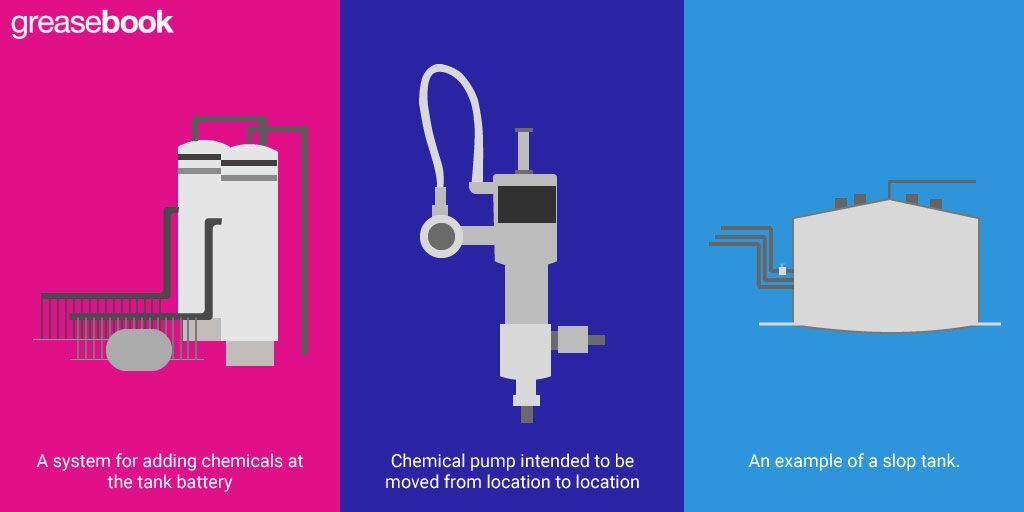 There are a variety of chemicals out there that can do a few different things. Different companies may refer to the same chemicals by different names, and obviously there may be different brands that do essentially the same thing. In addition to that, chemicals are used to accomplish a few different things when it comes to treating oil, and so it’s often more helpful to talk about those goals rather than specific chemical or brand names.

Water and oil naturally want to separate due to their differing densities, and simple gravity and time will do a lot to remove water from oil. Chemicals can help that process along, both speeding it up and improving its effectiveness. Most chemicals used for this purpose are called detergents or surfactants. Detergents bind with impurities and separate them from oil. Like soap, surfactants lower the surface tension in fluids. Surfactants used in oil and gas production are usually both water and oil soluble, so the same chemical will affect both fluids.

To understand how lowering surface tension aids in separating the liquids, it might be helpful to imagine the oil and water as a big pile of oil and water bubbles (sort of like a ball pit at your local fast food joint). It’s hard for the bubbles to move around and push past each other, and smaller bubbles of oil and water will be more difficult to separate. Reducing the surface tension through the use of a surfactant allows the bubbles to collect and become larger. The larger bubbles are heavier, allowing the oil to float up and the water to fall down.

Wells that produce heavier weights of oil may also produce other, heavier hydrocarbons like paraffin or occasionally asphalt. These thicker products from the well can cling to the inside of pipe or tubing. It can also sometimes form a barrier between the water and oil in a tank, which can end up sending oil down the drain. Some chemicals will thin paraffin so that it flows more easily and doesn’t collect in pipes and tanks.

Casinghead gasoline actually has a similar penetrating ability as paraffin thinners, and so can be used as an alternative. This is the drip that condenses out of gas lines. It’s much less expensive to use than chemicals, and so can save you some money. It’s important to be aware that casinghead gas can be volatile, and so should be handled carefully.

Keeping the bottom of tanks clean can be a chore, but it’s a chore that needs to be done on a regular basis. Sediment and other elements that are separated from the oil can collect on the bottom of the tank and form an emulsion. This emulsion will be thick and reluctant to flow out through the drain. Buyers will often require that tank bottoms meet certain standards, and a clean bottom makes treating oil easier.

Chemicals called bottom breakers will thin the emulsion on the bottom, allowing it to flow more easily. These are the most expensive of the standard chemicals used to treat oil, with a 5 gallon bottle costing over $100. When using bottom breakers, you may need to blend it to address the particular problem you’re facing.

You can reduce the amount of bottom breaking chemicals you use by keeping up with a few regular practices. Tank batteries will often have a couple of stock tanks. One is for storing oil ready to be sold, and the second is to hold overflow, hold oil waiting to be treated, circulating bottoms, and a variety of other uses. When the sales tank is emptied, there will be almost a foot of oil left on the bottom of the tank. This should be circulated back through the separation system and into the second tank. If your tank battery only has one stock tank, you can pump the oil from the bottom of the tank to the top, which will have a similar circulating effect.

When you’re circulating tanks, you may want to add chemicals to the oil being circulated. A simple, cheap, and effective way to do this is to punch a small hole in a container, like a empty plastic gallon jug. Add the chemicals and hang it over the thief hatch, and the chemical will slowly drip into the moving oil. The chemical will drop into the oil over 15 minutes.

Another option for keeping bottoms clean is to use butane to roll the tank. A hose is connected to the butane tank, weighted, and then lowered to the bottom of the tank. Chemical is gradually dripped into the oil as the butane bubbles to the surface and mixes it in. Dry ice can also be used instead of butane. In some cases, to adequately clean a tank bottom you may need to call in a vacuum truck. These have diaphragm operated pumps which can handle whatever may be in the tank.

The longer the chemicals are mixed with the oil, the more good they can do. For this reason, you’ll often want to introduce chemicals into your system as early as possible. Adding chemical to the formation is sometimes possible if you’re treating for scale and sand, but it’s generally too expensive to be worth it. It’s much more common to add chemicals through the casing, at the perforations where the pump draws oil in. Alternatively, chemicals can also be added at the wellhead, or at the tank battery before the separator. 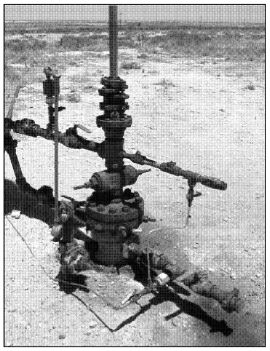 Figure 1. An example setup for injecting chemicals into the bottom of the well.

You can see a system for injecting chemical downhole in the picture above. On one side of the pumping tee is the casing valve that’s used to send gas from the well into the flow line. Chemical and oil is added through a small bypass line to the pumping tee’s bleeder opening. Using the chemical/oil mixture adds some weight to the chemical, so it reaches the bottom of the well faster.

This setup requires a check valve near the pumping tee so that chemical isn’t sent down the flow line instead of down into the well. It’s helpful if this line has valves at both ends so that it can be closed off if you need to do maintenance or repairs. Another line run to bypass the circulating line, shut by a valve, will allow you to also send chemical into the flow line from the same injection system. 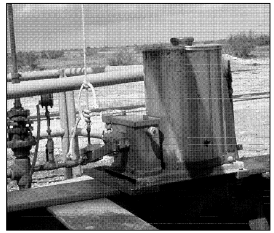 Figure 2. This mechanical pump is used for adding chemical to oil. The pump is powered by a sash cord run from the walking arm.

In Figure 2, you can see an example of a pump designed to send chemical to the bottom of the well. It’s a mechanical pump, rather than an electrical one, powered by the sash cord at the center left of the picture. That’s attached to the walking arm of the pump that’s lifting fluid from the bottom of the well. With two containers, one can inject paraffin thinner to keep downhole components free of any buildup, while the other injects other chemicals into the flowline or downhole.

The wellhead in Figure 2 also has a way to inject chemical at the wellhead, rather than downhole. To keep the pressure in the flow line from getting too high, the wellhead has a pressure switch which can shut in the well. If you don’t want to inject chemicals downhole, the next best option may be to add them at the wellhead. The flow of the fluid from the well to the tank battery is enough to do a good job of mixing the chemical into emulsion. However, it’s usually more expensive than it’s worth to have a chemical injection system at each well that flows to a single tank battery. If you have to shut in the well with the chemical injection system, no chemical is getting added to the oil produced at the other wells. 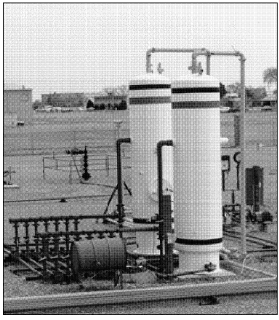 Figure 3. A system for adding chemicals at the tank battery.

When chemicals are added at the tank battery, they’re generally added after the header where all the flow lines come together. It should be added before the oil reaches the first vessel, usually a separator, in the tank battery. 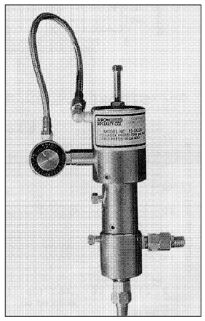 Figure 4. An example of a chemical pump intended to be moved from location to location. (courtesy of Arrow Specialty Co.)

It’s important that you have the correct equipment or decent equipment when you’re adding chemical. Every piece of equipment has a purpose, and you should make sure you’re getting the right thing to do the job. Most pumpers will work solo, so one person should be able to use and transport all equipment. This is true in particular for circulating pumps, which can be large but are often moved.

When people talk about treating oil, they are usually referring to chemical treatment. However, there’s a number of other methods for treating oil that are used to solve particular problems. 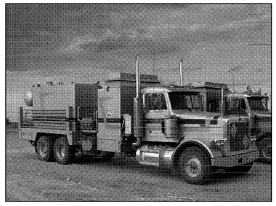 Figure 5. An example of a hot oiler.

Hot oilers are used when enough paraffin has built up, combined with a large amount of water, that the separation process doesn’t work the way it normally would. It’s more common when the weather’s cold, and the oil tends to be thicker.

A hot oiler will pump oil from the stock tank into the truck’s holding tank. The oil is then heated and pumped back into the tank that’s clogged with paraffin. A tube is run from the truck, and through the thief hatch to the bottom of the tank. The heated oil will raise the temperature in the tank enough that the paraffin will thin and begin to flow. The process can take a few hours, but at the end water has fallen to the bottom of the tank and is then drained. The oil can be allowed to cool and then sold.

Figure 6. An example of a slop tank.

Slop tanks have become popular in areas where lined pits aren’t used. Operations that have regular problems with too much build up on the bottom will pump some of the bottom emulsion into the slop tank. That will bring the bottom down to the level required by the buyer, so the oil can be sold. The bottoms in the slop tank is sent back through the tank battery so that it all ends up back in the stock tank.

This Week in Oil and Gas History: November 21 - November 27