Wells have three basic stages of production, the first or primary stage, the secondary stage, and the tertiary stage. Each stage is distinguished by the type and variety of recovery methods used. The primary recovery starts as soon as a well is completed and begins to flow, and continues until water flood or gas injections begin. 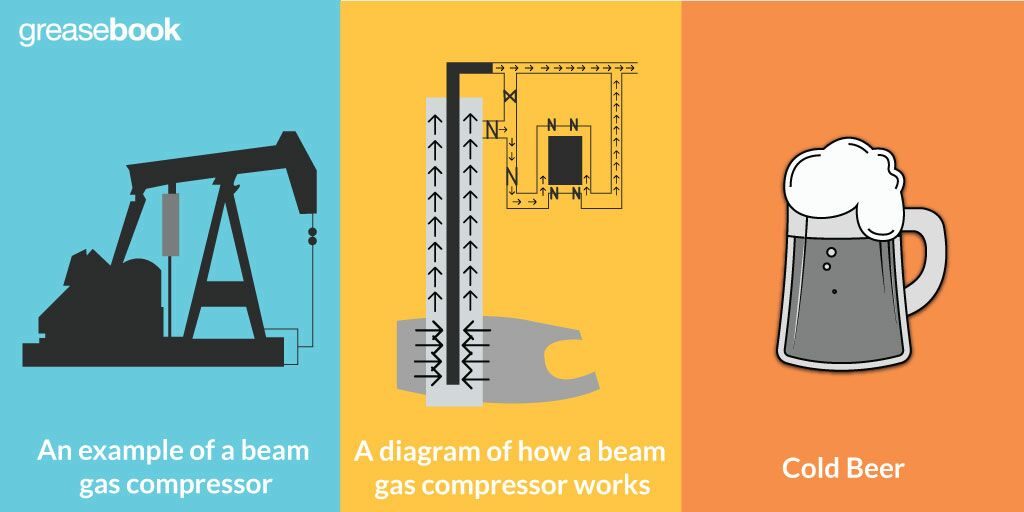 There are a wide range of methods used to improve production in the first stage recovery. These can include any type of artificial lift, efforts to manage pressure down the borehole, and changes at the well, among others.

Altering And Maintaining The Formation

Primary stage recovery methods can include some techniques for monitoring, maintaining, and altering the reservoir formation to improve the flow of oil.

These are limits on the amounts that can be produced from a well. The limits are usually placed on gas production, with the goal of maintaining pressure in the reservoir the well draws from. Producing too much gas can lead to lower pressure levels in the formation. If the pressure in the formation drops too low, it will no longer be possible to pump oil from the well.

Many wells, and therefore many companies, will draw from the same reservoir. While it’s in the best interest of all parties to maintain reservoir pressure, some operators may still choose to produce large amounts of gas. The allowable limits set by a regulating agency are intended to prevent that sort of over-production.

The porosity of the formation is one factor that can limit the rate of oil production. A tighter porosity means that it’s more difficult for oil to flow to the wellbore. The porosity of a formation can be improved by by using fracturing, or fracing, techniques.

There are a range of different fracking methods. Sand fracking uses sand to force a formation open. Openings can be widened using acid and chemical fracking. Fracking is a popular technique in areas with low porosity. Heat and pressure are becoming more popular, as is other new technology like adding tracers to track damage to the reservoir.

This technique uses various methods, including chemicals, to keep sand and scale stable in the formation. This props the formation open while allowing oil to flow freely, which can prevent long term problems and allows more oil to be produced. The orientation and location of the casing and tubing perforations should be considered when stabilizing a reservoir formation.

It’s important to manage the pressure in the reservoir, but there are also a few ways to manage pressure at the wellhead and tank battery that can help improve production.

Oil will stop flowing from a well once the pressure of the fluid column, from the bottom of the well to the tank battery, equals the pressure from the oil in the formation. You could simply plug the well and move on at that point, but there are a number of other options to get the well flowing once more. One method is to use a beam gas compressor. 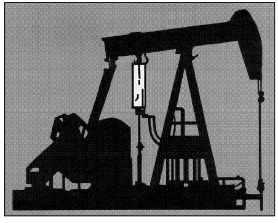 The compressor draws gas from the well casing, compresses it, and then injects it into the flow line after the check valve. The gas reduces the pressure in the fluid column, allowing the oil to flow from the well once more. 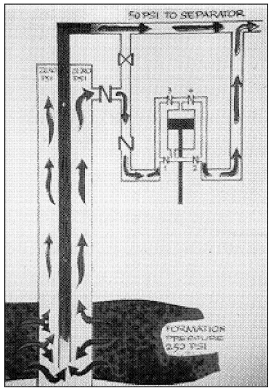 Figure 2. A diagram of how a beam gas compressor works. (courtesy of Permian Production Equipment, Inc.)

The compressor can be powered by the pumping unit. Some stripper or lower production wells have increased production many times over, which often can pay the cost of the compressor and other equipment quite quickly.

Venting Casing Gas at the Wellhead

Natural gas can be recovered from the well and used for a range of purposes on the lease, or collected for sale. However, when only small amounts of gas are being produced it’s often not economical to recover it.

While the gas may not be worth recovering, it’s still exerting some pressure down the well. By opening the casing so that the gas is vented, that pressure is relieved. At that point, the pressure from the formation may be great enough for the well to begin flowing again.

Opening the casing to the atmosphere will allow air into the casing, which leads to an increased risk of oxygen corrosion. To prevent that, a ball and seat standing valve can be put vertically in the casing opening. That prevents air from entering the casing, but allows gas to escape to the atmosphere. You can set up a hose from the tubing bleeder valve to a swage in the casing valve. That allows you to check the performance of the well. When you send the fluid back into the casing, it’s coated with oil as the fluid falls which helps prevent the oxygen corrosion.

Changes In The Well

There are a few changes that can be made to the well or wellhead that can be used to increase production in the primary phase of recovery.

Automated Control Of The Well

Automation and computerized control have become very popular for their increased efficiency. Using some specialized equipment, such as an echometer and dynamometer, the behavior of the well and reservoir can be monitored. A computer can use this information to produce from the well in the most effective way while simultaneously lowering costs. These systems can also provide analysis which can help identify problems before they become serious.

Several different lift systems will be used throughout the course of a well’s production life, each selected to most efficiently produce from the reservoir. A flowing well may only use gas lift, or no artificial lift at all. As pressure drops and the well stops naturally flowing, electrical submersible lift or mechanical lift may follow.

Each lift system should be chosen to match the behavior of the well. An understanding of the reservoir and the forces that drives fluid to the well can help select the right system for each circumstance. No understanding is perfect, however, so it can sometimes be challenging to select the right system. It’s possible that wells are plugged and production ended simply because the correct method of production wasn’t tried; it’s possible for anyone, even experienced operators, to make this mistake.

Horizontal drilling is one of the most important technological advancements of the last few years. Along with a few other associated new techniques and technological advancements, it has revolutionized drilling and oil pumping. After a well has been sunk down to the reservoir, the drill can be turned 90 degrees so that the hole is drilled horizontally through the pay zone. This allows a much larger amount of oil to collect at the wellbore, which can dramatically increase production. Older wells that have been worked over using these new methods now sometimes produce more than when they were first completed. An experienced and knowledgeable specialist and accurate analysis of the lease records can improve production even further.

New methods for orienting and tracking a mud motor, and the development of a drill bit-mud motor assembly with a small bend in the middle. Together, these improvements allow a hole to be drilled down with the drill assembly having only a slight wobble. The mud motor can turn the drill bit while the tubing string is still, allowing the direction that’s being drilled to be changed with control of the assembly’s orientation. The techniques and technology continues to be improved.

Tubing perforations might be above, below, or at the same height as the casing perforations. There are a number of reasons for each choice, and each operation will most likely have its own reasoning. Depending on this orientation, a fluid or gas blanket can be maintained on the formation, exerting a small amount of pressure. It can also have an impact on paraffin accumulation, and how that affects production.

Technology in the last few years has advanced at an ever increasing rate. Horizontal drilling, as well as advancements in computer automation, has led to large improvements in production and efficiency for a number of operations.

As our understanding continues to expand, and as technology continues to advance, new methods of improving oil production are likely to become available. An understanding of the science underlying oil production, as well as the latest methods and technology, is often essential for maximizing a well’s production. This is true even with lower production or marginal wells, as small improvements can have a big effect on the bottom-line. With some developments, such as horizontal drilling, a marginal well might be brought back to higher level of production.

When considering new techniques, it’s important to keep a few questions in mind. The answers can be helpful in deciding whether it’s something that might be helpful for your own operation. The type of reservoir and its drive, the flow from the well, and several other factors should be kept in mind. It’s also a good idea to consider the equipment and production methods already in place.