Emulsion is the fluid produced from the well: the mixture of oil, water, gas, and other products. It generally refers specifically to the fluid that comes directly from the well, before any separation. After gas has been separated out, the oil and water that remain is called crude oil. Water will be separated next on it’s way to being sold. 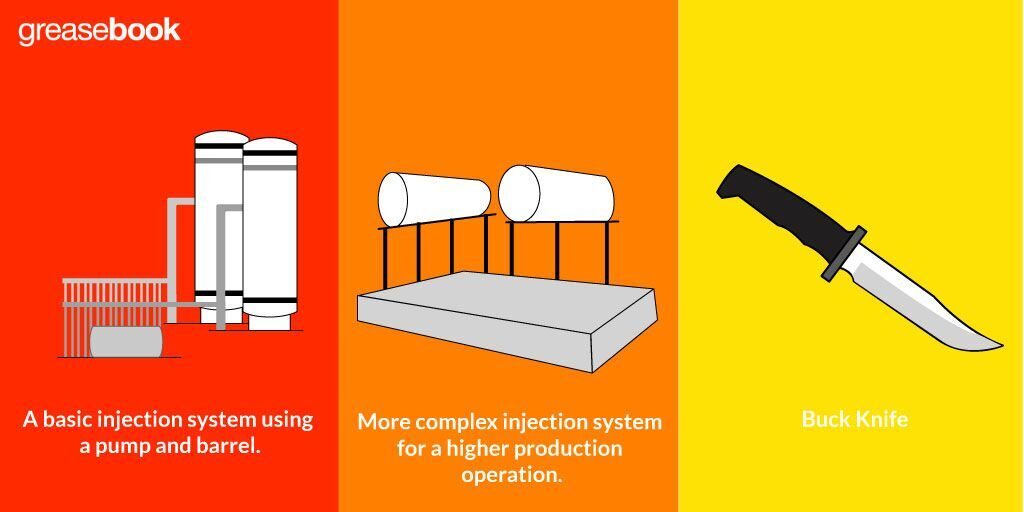 Emulsion and the Tank Battery

Separating water from oil is a major issue, and one of the more important factors in determining what vessels you’ll need. It will be easier to separate water from lighter oil, as lighter oil moves more quickly and leaves the heavier water behind. Heavier oil may require more tanks and more time to separate enough water for the oil to be sold. Once you’ve determined what vessels you’ll need you can layout the flow line and header, and start putting your tank battery together. 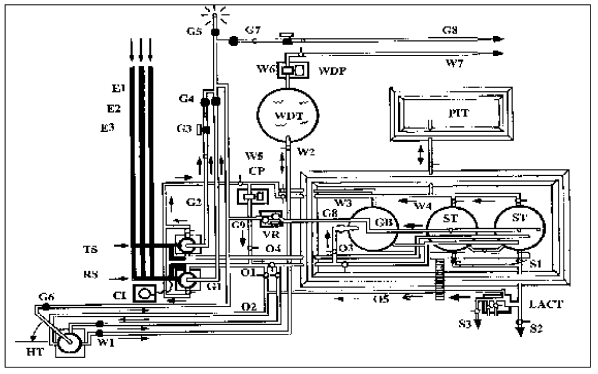 For a tank battery that receives from several wells, a header can be a good idea. This is an arrangement of flow lines, meters, and valves that will allow you to control the flow from different wells. When a lease is pumping only a small amount, the loss from shutting in a few wells to run a test may be small. You could use barrel or bucket tests, or an individual well tester. In that case, a header may not be necessary.

Generally, you’ll need two headers, one for production and one for testing. If one tank battery is serving a large number of wells, you may need a second production header. As the flow lines from the wells approach the tank battery they generally are routed so they run parallel and about 18 inches apart from each other. That distance may seem random, but it’s due to the arrangement of pipes needed to receive the flow lines. A standard arrangement uses a 12 inch nipple and two tees for the header of each flow line, which adds up to needing about 18 inches.

Flow lines can be steel pipe of various types, fiberglass, or a few different types of plastic. The material should be chosen to meet the demands of your particular operation; for example, if corrosion is a major concern, consider fiberglass or plastic over steel. As the lines enter the header, it passes through a 6 inch nipple, meets a union joint and then another 6 inch nipple. A check valve is required next, and then the pipe hits another 6 inch nipple before entering the header proper.

That check valve is an important part of the header, and without it you could lose all the oil produced by all the wells routed through the header if a flow line develops a leak. This can cause the line to lose pressure, and so the fluid will fall naturally back down into the well. The check valve prevents this by closing at a loss of pressure, so that only the fluid in the line is lost. When that happens, there may not be any obvious signs of a problem. The well will continue to show a flow and pumping action at the bleeder valve. Nothing is being produced, however, and the well is simply circulating the fluid. 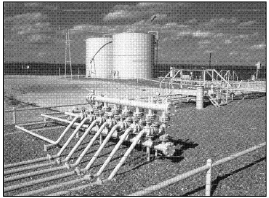 Figure 2. Lines from several wells flowing into the header. Standard practice is to label the lines at this point.

One major consideration when designing your header is ease of identification. You’ll want your valves higher up, where they can be easily seen. Using quarter round valves is also advisable, as you can see if they are opened or closed at a glance. Using round opening valves is usually not the best option, as they can lead to mistakes. If the header is set up to be controlled automatically, there should be a telltale or indicator on the valves to show which are open and which are closed. Any header design that works for you is fine as long as it is clear where oil is flowing, and which valves are open and closed.

Figure 3. A header that controls three flow lines and a single four inch test line (on the far left).

Chemical separation is necessary for pumped fluid to become saleable oil. It’s common to add chemical to the fluid just after the header, but before the first vessel. For most tank batteries, that means adding a system for injecting chemicals between the header and separator. Adding chemical here makes sure that it is mixed evenly with all the oil. Adding chemical in a flow line before the header could mean that oil from some wells isn’t mixed well, though with high volume operations the flow is great enough this is less of a problem.

For some operations, a barrel on a stand with a method of adding chemicals is enough. Larger operations producing more fluid, and therefore adding more chemical, will need a larger and more involved setup.

Regulations require that tanks with a volume of 600 gallons or more have some backup method of containing its contents. For a chemical tank, a drip pan under the injector’s stand is usually a good way to go. There should be signs informing any crew of the chemical tank’s contents and any hazards it may pose, and more detailed information should also be available.

Figure 4. A basic injection system using a pump and barrel.

Figures 4 and 5 show a couple of example systems for adding chemicals. Figure 4 shows a setup that has been used for decades, and is still common with medium-production operations. Figure 5 shows a newer setup that is used by higher production operations. In that picture, you can see an example of a drip pan as well as signs (on the lower right) offering information about hazards.