In my years in the oilfield, I have noted that there tends to be a sort of kill-or-be-killed culture among the people who work in it together.

When I came home from Iraq, I fairly quickly entered the oilfield and found, in many cases, a sort of culture that did not favor team playing, punished those who asked questions and had leaders who, not always but in many cases, participated in the gossip and running down of certain employees.

I had come straight out of a war zone where we depended on each other for our very lives. That is not an overstatement. 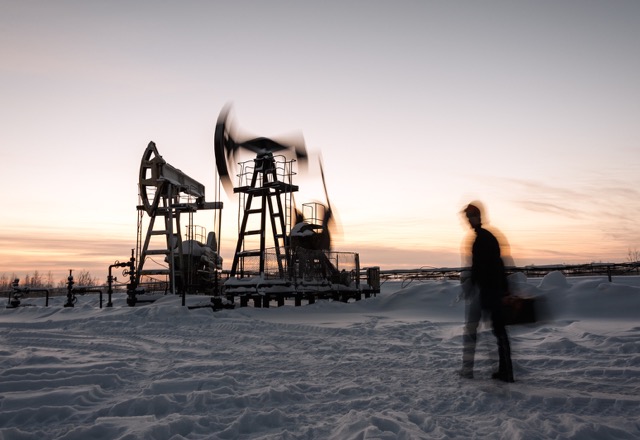 The working environment I came from before I entered the oilfield was one where those with certain talents were valued and so were their opinions.

I quickly discovered that often in the oilfield, if you raise an opinion to try and improve a process, you are told , “If you don’t like it, there are 20 guys standing ready to take your job.”

While in the Army in the battlefield, we were indeed human and had moments where we didn’t care too much for one another. That can happen in any team.

You see, we understood in a very real way that the guy you talk about behind his back one day, might be the man you need to drag you out of the chow hall. which just exploded because a suicide bomber came into it and detonated his vest while you happened to be eating lunch. Capisce?

That idea gets a lot of lip service in the oilfield, but not many people really live it.

Don’t get me wrong. I love working in the oilfield. But we could improve how we lead people and that would improve the bottom line for many companies. I will not mince words about that.

We have leaders who don’t get out into the field enough, who will not stand up for their pumpers in the field when an executive issues an order that is untenable, who become friends with and favor some pumpers while treating others with disregard. it may seem like a harmless dynamic – but it’s costing you money, company executives. So you should be sitting up and reading.

In one instance, I had my oilfield boss spend an entire day searching for something I did wrong on my route because he was angry that I had called attention to the fact that his favored pumper had not shown up to pump one single well all weekend and pencil – whipped his report.

When he finally found a broken gauge on one of my wells (I had 42 wells) he called me in and chewed me out about it. I told him it was obvious what was happening and while he didn’t have to like me, he did have to treat me with human dignity and basic human respect and broken gauges did happen to all pumpers from time to time. Then I told him I would fix the broken gauge and I turned, made a note of our conversation in my book and left.

I can’t help but wonder what he could have achieved with that time had he instead worked with one of the other pumpers who had two or three wells down that day? Hmmmm?

About three weeks later that other pumper was fired because he popped the piss-test. (tested positive for marijuana). This is just one example of hundreds I could give you of leaders who may want to do a good job, but who have been given no leadership training on how to actually guide the single most valuable asset companies have in the field – their pumpers. You know the people – the ones who make sure you have production.

This, my friends, is what happens when you get too close to your employees. Being a soldier, I never expect my leaders to like me or be friendly with me. But I did and do expect them to be leaders and to equally guide me and correct me and provide me with the support I need to do the job well. I could give a shit less if they like me. They are merely the people I follow so that I can do a good job. Nothing more, nothing less.

To be fair, I had two really stellar leaders in the oilfield; Chad Knowlton of Chaparral Energy and a fellow pumper by the name of Jesse Canaan who is now working for Tapstone I think. To this day I often think of the things they taught me in the oilfield and I am thankful.

So let me explain how I define a stellar leader. You may or may not agree with this idea of leadership. But I promise you, if you begin to teach it to your field leaders, you will not only have a more peaceful group of employees, you will have a more disciplined and more efficient one as well.

But most of all, you will save money. And I can prove it, because there has been at least one remarkable study done specifically studying the culture of top down leadership in the oilfield that has shown consistently that better communication and leaders who understand their roles decreased accidents – sometimes by 30 percent.

A leader is not a manager.

We manage checkbooks, we lead people. This was something that one of my most prominent and solid Sgt. Majors said to me years ago and I have never forgotten it.

“Sgt. Van Horn, stop apologizing for being a leader,” he said. “Your people need you to be exact about what you want and then they need for you to own the outcome of your guidance, because you are the person responsible for it.”

There appears to be a lot of managers who think that a promotion means being in the spotlight, getting the glory, feeling the power.

I was not always good at that. I will never forget an encounter I had when I was a young sergeant. I was assigned to take the visiting General around to the unit training events for his visit. Apparently, I made a lot of “I” statements while accompanying him around and failed to really focus on my people and their accomplishments. He told me, “As a leader, your new focus is not your success, but their success. And as a leader, their success should be a signal to you in a private way, that you were successful.”

It has been said to me by a friend of mine, Air Force General J.B. Davis, that a leader is someone who can lead but also who can be led.

And he went on to clarify that doesn’t mean that we can be led only by the people who outrank us. It means we can also be led by the expertise, professionalism, experience and success of those people who are our subordinates and that we should do so with grace and humility.

Ask yourself, how many times a week you learn something valuable from one of your subordinates? Then ask yourself, how often do they get the credit for what they provide? These are important questions that leaders need to ask themselves and then answer for themselves in an honest way. If  you don’t, you’re only bullshitting yourself into thinking you are a great leader and missing an opportunity to actually grow into one.

As my father always told me, “The worst lies are the ones we tell ourselves”.

If you are a real leader, you are confident in why you are, where you are and why you are in that position of leadership. True leaders sign up for that job to serve. If service to your team members and the organization is not your focus, you are wrong and you will ultimately fail.

Leadership is a great burden and sacrifice – as it should be.

Our job number one as a leader is to guide and protect our workers so they can achieve the mission. Every single communication – not 99 percent or 99.9 percent but 100 percent of the communication we have as leaders – should be aimed at how to make a more tenable, workable, team focused environment so that our people can succeed and grow in their profession.

A true leader never, never has or entertains conversations with subordinates about others under their command. And mid-level leaders who are really ethical and interested in a good team environment should never involve themselves in communications with subordinates about the overall leader of the organization. In the military we call that disloyalty at least and in its worst form, we call it mutiny.

I realize I can be pretty plain spoken at times. But I hope that what I said means something to anyone who is seeking a promotion into a leadership role. I think one of the greatest deficits we have today in our country is a lack of good, solid, ethical, moral and service focused leaders and I think it is high time we begin to grow a few right here in the oilfield.