These are stories of real pumpers like you whose luck and the right equipment and supplies ran out at just the wrong moment. 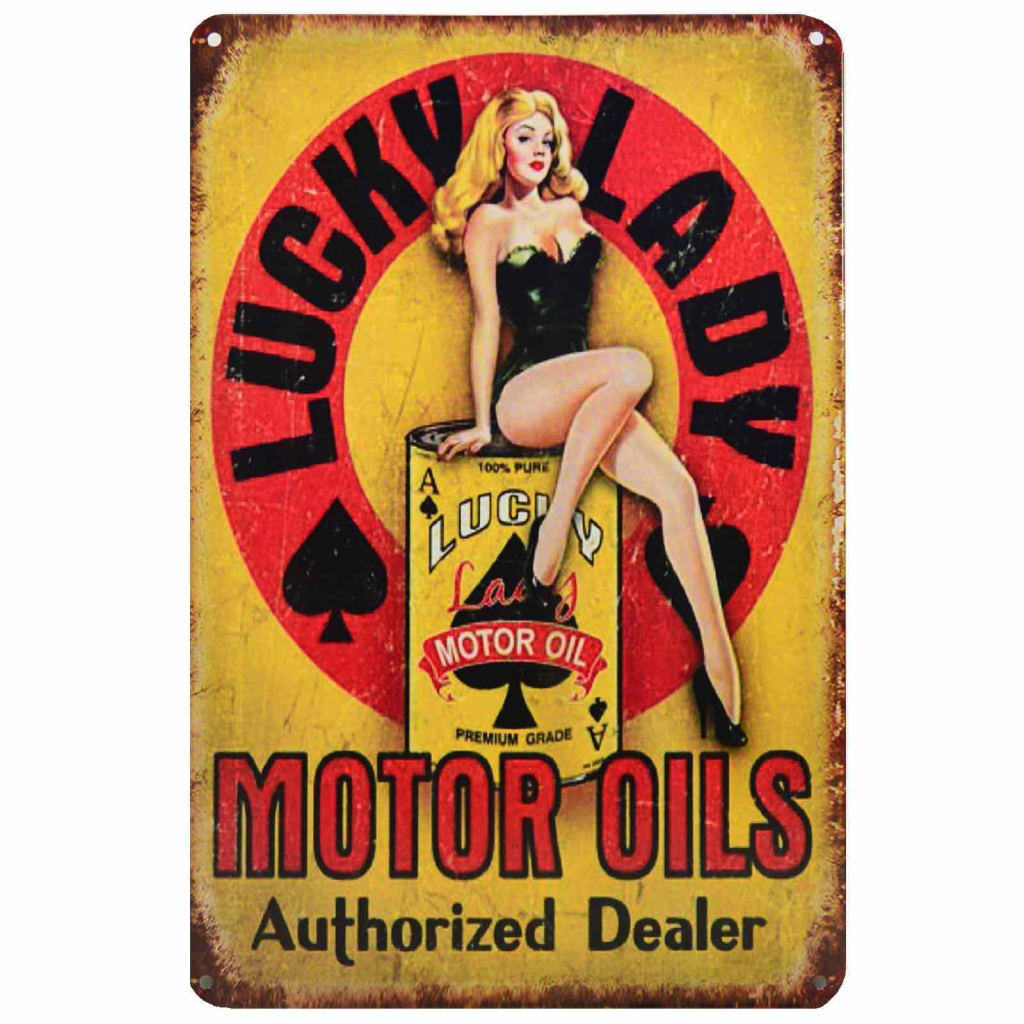 And Greasebookers, don’t think of this as work. Uh Uh. No way is it work. You could be paddling down the Pantanal River in Brazil with a jaguar giving you the evil eye from the river’s edge and you would not be as far away from work as you are right now, resting your oilfield weary eyes on the brilliant, beaming blogosphere known as Greasebook.com.

Okay, so my mother was a stickler for taking good care of the things she acquired.

I kinda skipped over it but in the first chapter on the second page (1B-2) of the Lease Pumper’s Handbook (you can find a link on Greasebook.com) there is a handy list of things you are likely to need while in the field. As I read through the list, I kind of laughed, much of this you will never really use…then I realized the truth. The truth is, if you don’t have it you will be sure to need it and the truth was, as I took a closer look, I had actually used or needed each of those items at least once.

But the key to my story today is, if you don’t take care of it, it won’t work when you need it to.

I guess the point of this chapter for me was that I sure wish I had this list of stuff to equip my first pumping truck and then I wish the things my mother tried to teach me, as you will see in the coming stories, had sunk in. The fact is despite all those lessons about how to take care of things, I know I have lost more 14 inch Crescent Wrenches than any three pumpers and I never seem to have the tool I need in an emergency.

Oh Momma! Why? Why didn’t I listen?

My momma, Tonya, grew up during the depression and talked about going for a time when her family could not afford shoes for her. You can imagine that this information was conveyed to me at a time when, as a child, I had left my shoes on the back porch to be rained on or something like that.

This focus on things though, well, it did something to me. You see, if you broke something in our house you were punished and of course,
because Lucky was never something I was called by anyone (my nickname is Little Black Cloud by the way), it seemed that destroying things was something that just came naturally for me and I really was trying to do the opposite.

It started when I was like 6-years-old and I decided I would help my mother by vacuuming the house. I pushed the vacuum cleaner too hard
into a side table, knocked a Tiffany lamp off the table and broke it.

She was furious. I Stood there with her towering over me and I said, “I was just trying to help. I didn’t mean to break it.”

She said, “The road to Hell is paved with good intentions!”

Now I was going to Hell!

So things never really improved for me in the breaking things department from that point.

When I was 12-years-old there was the Raggedy Ann doll I sat too close to my hamster cage that got half her face eaten off. And there was the  fur bathroom rugs that were in the dryer upon which I tossed my wet jeans. You see I was cold and wet from playing in the snow and so I reasoned I would dry those jeans real quick, put them back on and head back out for more fun in the snow.

But I forgot that I had a full package of Gummy Bears in my pocket.  The Gummy Bears melted and found the perfect place to adhere to in the deep, plush fur of those brand new bathroom rugs. Yes, it was as bad as it sounds. I tried to trim those now melted Gummy Bears out of those plush fur rugs. When I got done it looked like Edward Scissor Hands had gotten drunk and tried to trim them. So then, to make it all match, I sat in there and gave those rugs an overall haircut. My mother never knew. But the memory still haunts me.

That’s to say nothing of the pickup truck I wrecked when I was a teenager and the full bag of potatoes I jabbed with toothpicks as a child. These are stories for later though.

Anyhow, nothing has changed for me since becoming an adult either. And you add the oilfield to the mix, where whatever can go wrong does, and you have a volatile combination. I was Little Black Cloud on steroids!

So this particular event happened when I was working on a CO2 and water flooded field of wells north of Perryton, Texas called the Camrick. The well was one of my favorites. A rare pumping unit on that field (most were submersibles) that made an average of about 30 Bbls of oil per day and the pumping unit engine was electric. This unit had a rod rotator and of course a bean-pump for chemicals.

I always had a habit of seeing my wells on a rotational basis. That means, if I started with one well on the day before, I would run my route backwards the next day. That way I am seeing how my wells are acting at different times of the day. This particular well was on my list to be seen last on this day because it had been first the day before.

It’s important to understand that these CO2 wells had anywhere from 600 to 1,000 pounds of pressure on their tubing.

I just happened to be on a well that sat on a hill overlooking the other well when I noticed the early morning sun making a rainbow in a  mist that was coming off a fine sheen of spray shooting out and from the wellhead and I panicked. Here’s where it would have been nice if I could have found my set of field glasses.

I dropped what I was doing and motored as fast as I could to that well and what I found absolutely astounded me. It was such a perfect  accident that when my boss saw it he said, “The odds of this happening were a million to one. You should go to Los Vegas this week.”

There was more than 30 Bbls of oil on the ground – a MORE than reportable spill and I wanted to die. My boss just shook his head and drove off.

Our next story is about a fellow named Gavin we won’t use his last name because he needs to keep his job and if you work in the oilfield you clearly understand how the higher-ups view ANY accident – you know, as your fault because despite your 100 percent perfect record for 10 years, this time you were smoking pot and obviously caused this on purpose. Anyway, I digress.

Gavin is a motivated young pumper with several years of pumping experience behind him. I think at least four years. He was born in Woodward, Oklahoma and is engaged to a bright young businesswoman. The pair own a house in Woodward together.

“Well, we had to move this compressor. It was not a large one but it did have a 350 Chevy engine on it. I was working on disconnecting the suction line, which on this compressor was a two inch flex hose. The way it was put together, it call rested at like, my chin level, so I guess I should have thought about that. It was put together with a two inch hammer union and what I usually do is just unhook both sides of that hammer union and take it off. But we were in a hurry and I didn’t have the right wrench with me.

I was going to unhook it and it was kinda stuck and the flex hose was, sorta like, twisted you know… So I gave it a good pull and the end with the hammer union (of course) came off really fast right toward my face and hit me in the mouth.

Well, I cussed a little and walked right over to my pickup because right at first it didn’t hurt really bad but I could tell something was wrong. I looked into the side mirror of my pickup and that’s when it really started hurting and I realized it had broken my front tooth almost clean off and split my lip.  My tooth was hanging by a thread and I wasn’t sure how long that was going to last.”

Of course hours later, after the Spanish inquisition and a drug test Gavin finally got a hold of the only dentist they would let him go to for a worker’s compensation injury. Of course, turns out and they couldn’t get  in for 7 more days. It was 7 days of eating soup and babying that tooth because he didn’t want the root to be exposed if the whole thing came off. I know all this because his wife works with me and each day I heard the “save the tooth” saga.

When Gavin finally got to the dentist it was discovered that Gavin’s tooth was cracked all the way into the root and had to be pulled anyway. Go figure. Sounds like something we could have handled in the field with a set of needle nose pliers and a box o’ rags.

This Week in Oil and Gas History: January 2 - January 8

March 18, 2019
« Previous post
GreaseBook challenges conventional thinking, for the better
Next post »
Where is Crude Oil Found? The Structure of Oil-Bearing Formations…
Copyright 2022 GreaseBook Oil and Gas Software. All rights reserved. Patents Pending. GreaseBook is a trademark of Greasebook, LLC.