BIG mistakes to avoid with Oil and Gas Production Software

Last month, head engineer of IT Operations for one of the country’s largest operators called to inquire about GreaseBook oil and gas production software (a simple mobile designed explicitly for the independent operators and their pumpers).

His company has a net value of $20BB dollars, and operates close to 10,000 wells in the continental US. This engineer, who we’ll call Will, told us that he had fit every one of his production assets over a certain CAPEX with the latest in real-time optimization tools and sensors, and outfitted every man in his army of pumpers with a “dog bone” device — enabling his gaugers to drive up to any lease and immediately download its production data.

So, what the heck did he want with GreaseBook?

Will had a hunch (or, what some may classify as more of a sinking feeling…)

While the large independents and the supermajors had entrenched themselves in advanced analytics software, data repositories, and massive IT departments to oversee it all — when it comes to managing their production, they may have missed the mark (uggh).

Basically, what took some of these companies the better part of a decade to design and build, can now be replicated by the small independent operator, with better results, in less than an afternoon. You see, Will’s company had been so concerned about systems design, that they had forgotten all about the human element of operating an oil & gas lease…

Will told us, “What you guys have done is blend the new with the old… where our Pumpers have virtually no interaction with our properties, your system forces pumpers to tune-in to the pulse of the well. This pays out dividends in time savings to engineers and operations managers, who no longer have to spend time micro managing their pumpers, and admin who no longer have to track down and file those greasy run tickets.”

Business is forever on the lookout for a technical whiz-bang that promises to automate away part of the work.

So, why do people focus on the technical rather than the human side of work?

Not because it’s more crucial – but because it’s easier to do. Building systems is easy. Dealing with people is difficult. However, for software to be successful, it must focus on the human elements, not the technical. And, companies that forget this are setting themselves up for failure…

You see, large companies (like Will’s) looked at production software from the IT mindset – control and compartmentalize – ahead of the benefits the organization could gain by enabling its teams through a simple mobile app.

E&P Magazine, one of the most authoritative publications of the industry knows we’re on to something. In fact, they were kind enough to lend us the keys to their platform and allowed us to pen them an article entitled “The Consumerization of the Oil & Gas Enterprise”.

Why did they do this? Because just like Will, they recognized the potential time savings and production increases the independent operator stands to gain from iPads and iPhones.

Folks, there has never been such a power reversal in the history of oil & gas. 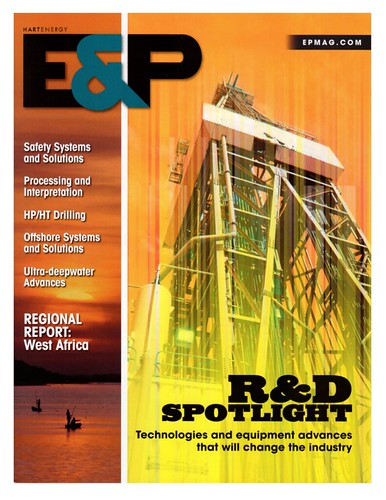 What do we mean by this?

Unlike the Majors, your company doesn’t have to design, build, and deploy its own field data collection system. Moreover, you don’t have to dedicate time to tracking down pumpers, organizing paperwork, and making sense of it all. You now have the opportunity to focus 100% of your efforts on what you do best: producing oil.

Now, how exactly how does your company become the envy of its larger, more “sophisticated” brethren?

Wanna read that E&P article? You can do so by clicking here…

This Week in Oil and Gas History: October 17 - October 23