Just the other day, Dave (long-time oilfield operator and President of an Oklahoma-based production company) was talking to us about the young professionals he sees today in the industry. 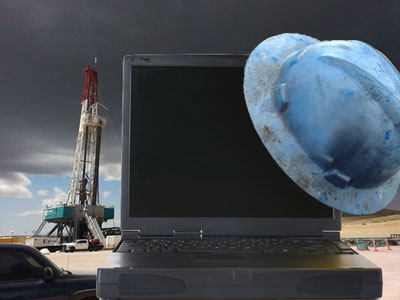 Dave was recounting a particular story about a meeting he recently attended, where a young man in his late 20s who didn’t have more than 3 or 4 years of industry experience was presenting a new idea.

This young man was telling Dave and a group of seasoned oilmen how a new PDC drill bit was going to change the game. Basically, It was going to help them drill faster and cheaper than they every thought possible.

Well, Dave told us that’s not how he felt. In fact, he told us he got pretty upset… even to the point that he had to excuse himself from the meeting.

Dave was pretty fired up, and said,

“All I could think about was how some kid was trying to tell me how I needed to change! He was telling me that there was a better way than the way I’d been doing it for 30 years!! What did this guy know, anyways?! Hell, I’d been doing this stuff before this kid was even born!!”

But Dave is a smart guy (and an even smarter businessman). He went on to tell us that,

“5 minutes after leaving the room, I realized how foolish it would be not to listen to what this young man had to say. You know why? Because if a guy can help me drill faster and cheaper, I want to be on the same bandwagon he’s on.”

Dave went on to tell us about a new game he believes is being played in the oil & gas industry. He said it’s hard to pin down exactly when it started, but he believes this shift is due to a new generation of industry professionals.

“Our industry has always been predominantly run by the guys that got their start in the 60s and 70s… but now you’re seeing a lot of new faces. But what’s most interesting is that these young people are bringing new ideas and new viewpoints that my generation has never even considered.”

The taming of the oil field is long overdue. The power, accuracy, and handling abilities of today’s smart phones and tablet computers offer the small independent producer an opportunity to realize greater efficiencies and time saving techniques in both the immediate and long-term.

Dave took one look at GreaseBook, an iPad app which would allow his pumpers to streamline the field data collection process by replacing his company’s 8-day gauge Excel-based spreadsheets, and immediately jumped on board.

GreaseBook is blazing a trail toward increased production and reduced downtime for the small independent operator (see: Well Tender iPad App: Empower Well Tenders and bring organizational results). When you’re ready to saddle-up and stake your claim, GreaseBook has the tools to make it possible.

We may be a young company, but this “bandwagon” is poised for the big win… and guess what?

We want you on it.

« Previous post
Simple App replaces Oilfield Software for operators and their pumpers…
Next post »
SPCC plans, well history files, work over information, (and why we intentionally left them out of GreaseBook)
Copyright 2021 GreaseBook Oil and Gas Software. All rights reserved. Patents Pending. GreaseBook is a trademark of Greasebook, LLC.