In 1919, the Waggoner No. 1 Well produced 4,800 oil barrels every day starting another oil drilling boom in the Wichita County, Texas area.

S.L. Fowler’s farm was the location of a well that brought in a large number of organizations along Red River border in Oklahoma. This area was producing oil for about seven years by this time and it included Wichita Falls. Due to the amount of competition, most of the newly formed companies would not find success.

There were a number of wells found in the area later known as Northwest Extension Oilfield. The latest being the Waggoner well. The oilfield was made up of roughly 27 square miles of S. Burk Burnett horse ranch. Both of these oil booms in North Texas inspired 1940’s “Boom Town” starring Clark Gable.

In 1939, a Los Angeles inventor named Ira McCullough patented a mechanical firing system and a multi-bullet shot perforator that would ultimately improve oil flow methods. The point of the invention was to perforate casing after its installation inside a well and when elements had been shot into the casing, through the formation.

Firing on multiple levels into the borehole enhanced oil flow. The device also included disconnectable means for safety. When charges entered then were lowered to the borehole it rendered the percussion inoperative. This served as a safety measure to protect against inadvertent operation.

Henry Mohaupt also made his own advancements over a decade later, creating an explosive that was hollowed out to perforate wells in 1951. He took advantage of anti-tank technology used in World War II to bring this innovation to life.

On April 19th, 1892, Frank and Charles Duryea test drove an automobile powered by gasoline that they invented in their workshop in Springfield, MA. This is now credited as the very first automobile made for regular sale in America. The Duryea Motor Wagon Company ended up producing 13 of these cars and shortly after, manufacturers followed suit.

In 1900, eight years after the original invention, the automobile appeared at the first auto show in America, which was held in Madison Square Garden. Out of 4,200 of the models sold in the U.S. around 1,000 adopted this gas-powered model introduced by the Duryea brothers.

Levi Streeter and Albert Nickerson from Venango County patented an improvement for well pumping in April 1875 that would go on to vastly improve efficiency in the oil industry. At the time, a single engine powered by steam to pump multiple wells, while the technology created by Streeter and Nickerson utilized a method of walking beams that were linked and balanced.

According to the patent, while one walking beam would lift from one well, a third well would also lift. Wells two and four would perform the opposite task at this time.

This system was the predecessor to the popular rod-line pulley and rope technology that was used throughout the 20th century. 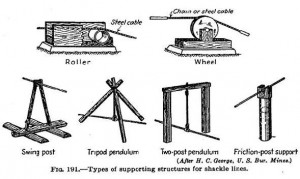 In 1892 mining partners Charles A. Canfield and Edward L. Doheny made a discovery that would catapult the California oil industry when they discovered a massive oilfield in Los Angeles near the present-day Dodger Stadium. After drilling tar seeps in-between Colton Avenue and Beverly Boulevard–right in the middle of the city, the two found a Well that would go on to produce up to 45 barrels per day.

Over the next two years, more than 80 more wells were discovered under Los Angeles, bringing about a major oil boom in the city. By 1987, that number grew to over 500.

This Los Angeles field found itself producing an estimated 750 thousand barrels in 1895. This was above half of the roughly 1 million oil barrels that came out of California, which by 1925 was producing half of the world’s oil supply. 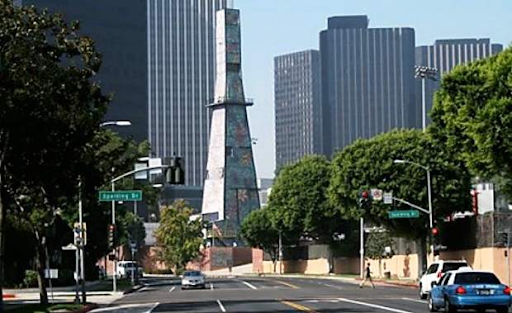 On April 20th, 2010, at around 10 PM an explosion took place on the Deepwater Horizon, near the Gulf of Mexico’s Macondo Prospect, in a tragedy that would lead to one of the biggest and most controversial oil explosions in modern history.

The rig was about 50 miles from the coast of Louisiana finishing a well when the explosion happened. This occurred just a few months after the rig had set a new record for drilling the deepest well in existence, going more than 4,130 feet below water at a vertical depth of 35,050 feet. Eleven of 126 total crew members on board were tragically killed and others 17 were injured. This semi-submersible vessel sank after being destroyed by fires and the explosion.

A large oil spill followed after the BP well was completely destroyed by the fire. It was amazingly capped in July of the same year. The Coast Guard, Bureau of Ocean Energy Management (Regulation and Enforcement) and others investigated the issue eventually producing an official  accident report on the event in 2011. 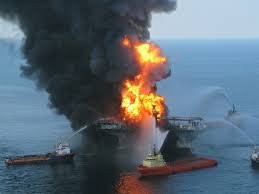 On April 22nd 1920, southern Arkansas became the official site of the first completed natural well. This gas well was located 2.5 miles away from El Dorado and produced as much as 60 million cubic feet of gas each day.

It was drilled to about 2,250 feet and brought the promise of oil in Nacatoch Sands. A different nearby well was not producing any commercial amount of oil just days before this.

The well was eventually named the Busey-Armstrong No. 1 and it responsible for kickstarting the Arkansas oil industry. The first commercial oil wells were established the following year and by 1922, the high-producing Smackover oilfield was discovered.

On April 22nd, 1926, a statue celebrating the friendship of Osage Indian Chief Bacon Rind and Colonel E.E. Walters was erected in the town of Skedee, Oklahoma.

Starting in 1912, Chief Bacon Rind and Colonel Elmer Ellsworth Walters used sales from mineral leases to raise millions of dollars for the area.

Notable men like William Skelly, E.W. Marland and like Frank Phillips bid in front of crowds of people in these auctions which took place in Pawhuska, under a large elm tree on the property of a building known as Tribal Council House. 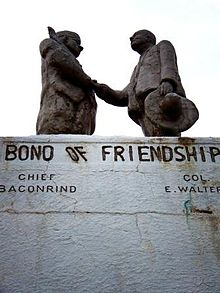 June 18, 2017
« Previous post
This Week in Oil and Gas History: May 8 – May 14
Next post »
New Discoveries and Inventions Rise
Copyright 2022 GreaseBook Oil and Gas Software. All rights reserved. Patents Pending. GreaseBook is a trademark of Greasebook, LLC.