The sales process is an important one, and a fair bit of time should be devoted to preparing for it. Once you’ve pumped, separated, and treated a load of oil, it should be made ready for testing and assessment by the purchasing gauger. If the gauger isn’t satisfied, the load can be refused. That’s frustrating for you, leaving you with a full stock tank production backing up. The gauger is unhappy because he has to make sure he has a backup load to pick up, and everyone is making less money. Properly preparing the oil may be time consuming, but it’s a necessary part of the process. 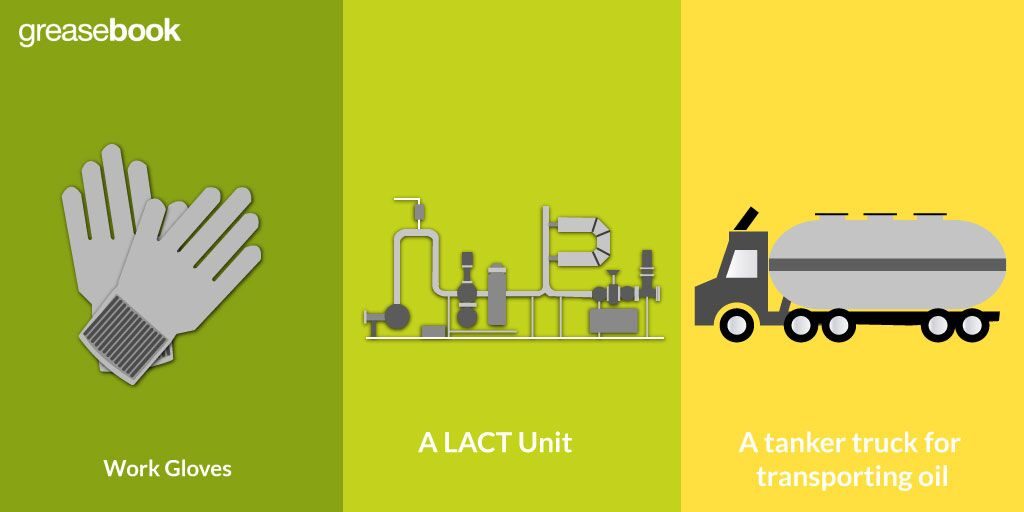 There’s just a few basic requirements the oil needs to meet before it can be sold. If you’re selling by truck or otherwise selling one tank monthly, you’ll need to make sure you have a full load ready to go. In a tank ready to be sold, the total percentage of water, sediment, and other contaminants meets the purchaser’s requirements; usually that percentage is less than 1%. And the amount of bottoms, the emulsion that forms from the heavier elements of the purchased fluid, must also meet the requirements set out by the purchaser. Normally, the level of bottoms should be at least 4 inches below the sales outlet.

The most common methods for selling oil are selling through an automatic LACT Unit and selling by truck transport. Selling by truck is a more complicated process, as it requires you to have a full load of treated and separated oil ready to go by a specific date. It also requires communication with a gauger and transport driver. A LACT Unit allows you to sell oil as soon as it’s ready to go, without waiting. However, LACT Units aren’t available in every situation, and truck transport may be your only option.

There’s another requirement regarding the oil’s temperature, but which only rarely applies. The oil’s temperature can affect its volume, with higher temperature oil taking up more space. For that reason, a corrective factor will be applied to the volume the purchasing gauger measures when he picks up a load, and which is covered a bit more below. In some cases, however, the oil will have been heated to the point that a purchasing company would not accept it. This is most often the case when the oil has been heated to solve treating problems that may arise when a thicker oil with lots of paraffin is being produced from the well.

In addition to taking up a greater volume, oil heated to a higher temperature can be dangerous to handle and pump, as it’s much more likely to ignite. You may want to sell the oil right after it’s been heated, as the paraffin and heavier elements of the oil will flow more easily, and so they’ll flow out of the tank when the oil is sold. That can help keep the tank bottom clean. But many transportation companies won’t accept oil that’s over 100 degrees Fahrenheit.

A LACT Unit (standing for Lease Automatic Custody Transfer) is an automatic method of selling oil directly into a pipeline. The unit is attached directly to the stock tank, which essentially becomes a surge tank. The LACT unit is able to gauge when the oil in the tank is ready to be sold, and also able to monitor the level of oil in the tank. As oil of sufficient quality is produced into the tank, the LACT Unit activates and sells oil into the pipeline. When the level of oil drops, the unit automatically shuts off. It will also stuff off if the quality of the oil falls below the set standards. 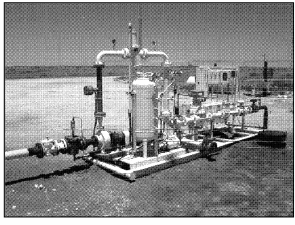 Figure 1. An example of a LACT Unit. To left it connects to the tank, and to the right it feeds into the pipeline. You can see the control panel behind the unit. 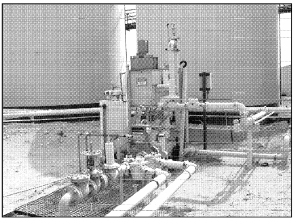 Figure 2. A second LACT Unit. You can see two lines leading to a prover loop from the front of the unit.

The unit is made up of a few different components. The liquid transfer pump maintains about 30 psi to keep gas from separating further from the oil, and so that a positive displacement meter can accurately measure the flow. A meter of this sort measures flow by using a mechanical flow meter of some sort, like a gear, and so may need more pressure to operate accurately. A backpressure valve before the pipeline helps keep that pressure up.

As meters age, they may lose accuracy, showing a higher volume than was actually sold. Meters have to be tested regularly, and a corrective factor may have to be applied to the meter readings. This factor, usually close to 1.000, corrects for the error measured in the meter. Another safeguard to prevent that sort of problem is the prover loop, which also verifies the reading from the meter.

The LACT unit keeps track of the sediment and water percentage in the oil as it sells it to the pipeline. If the oil doesn’t meet the requirements, the unit will automatically send it back through the tank battery.

Selling using a LACT Unit is great, but it’s often not a method that’s available to everyone. When you’re not able to sell directly to a pipeline, selling by truck may be your only option. This is generally a more complicated process that may require some more work on your part. A gauger representing the purchaser will come to assess and test the oil. Based on his assessment, the purchase price may go up or down a bit, or he may refuse a load of oil altogether. A sales system for pumping oil into the transport truck also has to be built and maintained. 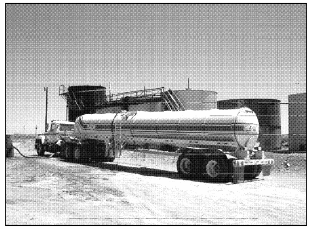 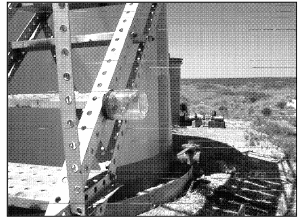 Figure 4. A note jar on an oil lease.

Different areas and gaugers will have a different process for getting in touch and scheduling a pickup. Most often, you’ll communicate with the gauger by cellphone or radio. There are some places where there is some sort of visual signal to the gauger, who drives around on a regular route. There should be some way of leaving paperwork on the lease, either a mailbox or a note jar.

The purchasing company will usually require you to have a full load of 210 barrels, or close to it. There’s two primary reasons for that. The first is cost. The expense of driving and pumping a full load is almost the same as that for a half load, so they make a bigger profit with a full load. Perhaps more importantly, driving a full load is actually safer. Oil is lighter than water, but even half a tanker load is still quite heavy. If the oil begins to move around the tank, it can make the truck difficult to control or even tip it over. With a full tank, there’s less room for the oil to move and so less risk. There are baffles that divide the tank up so that the risk is lessened, but a full load is still the safest option.

With that said, if there’s a problem with a tank or other emergency, the purchaser will often make an exception and accept less than a full load.

It may be required that you are present when the gauger tests a tank of oil. Even if it’s not required, it’s usually a good idea. Gaugers tend to be more careful, and it helps the process run a little smoother. Gauging the tank yourself before the gauger arrives is always wise, though the gauging volume will vary depending on the temperature. Consistent readings from day to day are unlikely.

There will be occasions when a tank is rejected by the gauger. That’s not ideal, and should be a fairly rare event. When the gauger does reject a tank, a notice is left for the pumper, and a copy most likely sent to the purchasing company. The notice will list some useful information, such as the date, the name of the pumping company, the lease where the tank was located, and the specific tank that was rejected. It will also list why the tank was rejected, which is probably the most useful piece of information.

The purchasing company will number the tanks in the battery, normally starting with lower numbers to the left, and counting up sequentially to higher numbers on the right. Out of sequence tank numbers usually indicates the tank has been replaced or restrapped. 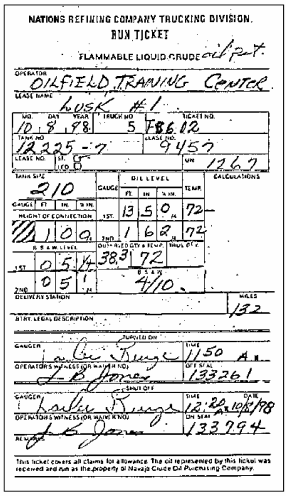 Figure 5. An example of a run ticket.

A run ticket is a proof of sale, and is usually filled out for each run by the truck driver. In Figure 5 you can see an example. It lists a variety of information, such as the capacity of the tank, the depth measured before and after pumping, and the level of bottoms. It also gives the gravity and temperature read for the tank load, which will be used to correct the sales price. Other information is more relevant to the purchasing company, such as how long the driver took to make the trip, when he left, when he returned, and so forth. A carefully read run ticket can reveal a lot of information about the well. For example, on this ticket there is a wide difference between the old and new seal numbers. That implies the well rarely has a full load, and therefore likely only produces marginal amounts.

You’ll receive a check for the sold oil the following month. The purchasing company will usually take care of the split between operator and mineral rights holder.

When selling by truck, sales lines are usually sealed between pickups. The seals have numbers that are recorded, and are usually only removed and replaced by the gauger. If you do have to remove a seal placed by the purchasing company, you should keep it and record the seal number. You’ll most likely be required to supply the seal as well as an explanation for why it was removed.

Figure 6. Examples of the two types of seals.

There are two general types of seals in use. The first is a flat metal strap that locks down to itself. This style has to be pushed through a dart to work correctly. The other type of seal is a ware and lead ball. The wire is used to seal the valve, and then the lead ball is crimped shut onto the wire. In both cases, the seal has to be removed for the valve to be opened. The seal will be removed by the truck driver and then replaced once the oil is loaded.

This Week in Oil and Gas History: October 3 - October 9