How To Prevent Corrosion In Oil & Gas Production

Preventing corrosion damage can extend the life of equipment and increase the efficiency of operations. While some corrosion may be inevitable, a whole range of techniques and materials have been developed that can prevent the chemical and electrical reactions that lead to corrosion. Investing in as many of those as possible while the well is freshly flowing, as there will a bigger budget for new equipment and maintenance.

Many different methods of corrosion prevention will be used together, as most will be targeted at solving one particular type of problem.

Rust can be destructive, but in some cases it can be beneficial. Technically known as ferric oxide, rust is the oxidation of iron and metals containing iron. New steel that is left exposed to open air will rust quickly, but as the layer of rust thickens the rate of oxidation slows. The layer of rust scale on metal will eventually act as a protective coating. This idea works best in dry climates like the American Southwest. There, surface lines are often left bare as the rust is never bad enough to cause a leak. Unpainted pipe can be used for decades without a problem.

Oxidation can also be a protective coating on aluminum, copper, and other non-ferrous metals. Aluminum isn’t widely used in oil fields, as it can be easily damaged by acidity.

Painting is a basic way to prevent oxidation corrosion. Maintaining the coating of paint on tanks, lines, and other equipment is usually a part of regular maintenance. Some materials, such as galvanized steel, stainless steel, and nickel plated pipes don’t need to be painted.

In the past, it was common to coat the outside of equipment with produced oil if it was going to be stored for a long period. Heavier weight oil with some paraffin can last for a while, and protect almost as well as a coat of paint. Environmental concerns have made it a less popular way to prevent corrosion.

Electrochemical corrosion is caused by a current which pulls electrons from metal in one place and deposits them elsewhere. The loss of electrons eventually leads to weakening of the metal. The current can either be the result of a natural force, like wind producing static, or the result of poor grounding and an electrical leak.

Insulating flanges are widely used to prevent the current flow that leads to electrochemical corrosion. The flanges are added to lines above ground level near the well and the tank battery. The flanges insulated the lines, preventing the flow of electricity.

A sacrificial anode can also be used to protect against electrochemical corrosion. Some types of electrochemical corrosion are caused by a natural battery cell, when two types of metal are immersed in a fluid. Electrons will flow from one piece of metal (called the anode) to a second piece of metal (called a cathode). The anode will be corroded by the loss of the electrons. A sacrificial anode will give up electrons so that the metal of the tank or line are corroded. 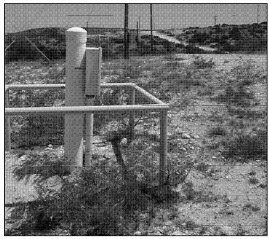 Figure 1. An example of a well used for cathodic protection.

Sometimes electrical current can itself be used to protect against electrochemical corrosion. Shallow wells with sacrificial anodes can be sunk near producing wells. These wells, called cathodic protection wells, allow small amounts of electricity to be sent to to the well and run back up in a circuit to the wellhead.

While steel is the preferred construction material in many cases, there are other materials that are now widely used that are less prone to corrosion.

Fiberglass was once used only as a lining for tanks. Fiberglass tanks are now common, used mostly for water disposal and holding chemicals. They are now also being used as holding tanks for crude oil as well.

Stainless steel fittings and metal plating are commonly used where crude oil is corrosive. Bolts, gaskets and seal rings, and smaller diameter tubing can all be made from stainless steel. Nickel plated fittings are also common. Plastics like polyethylene and polyvinyl chloride are good choices for use in highly corrosive situations.

Other Methods Of Preventing Corrosion

Chemicals can be used in some areas where painting, coating, and other methods of prevention corrosion aren’t feasible. These sorts of chemicals are expensive, but effective and constantly improved.

A few simple methods, known as mechanical barriers, can also help to reduce corrosion. Removing wet soil around lines and equipment will greatly reduce oxidation and electrochemical corrosion. Waterproof materials like tarred felt and gravel allow air to flow around lines and vessel. Buried lines can also be tarred and wrapped to keep moisture out.

Preventing Corrosion At The Tank Battery

Corrosion prevention at the tank battery is considered to be very important, as oil, water, and other fluids may be sitting in tanks for long periods of time. Before the battery is even constructed, steps can be taken to reduce corrosion problems, for example the ground the tank battery stands on should ideally be higher than the surrounding area, and sloped so that rainwater will run off. Crushed rock is filled under the battery so that air can circulate under the tanks and prevent rust. Tarred roofing felt is then layered over the rock to keep the tanks insulated. Steps to prevent the growth of plants should also be taken, as they can lead to corrosion in a variety of ways. Painting metal is a way to create a basic barrier and reduce corrosion.

Similar steps should also be taken when laying out and installing lines. Standing water and plants should be avoided. However, unlike when placing tanks, lines can’t always be routed to avoid these sorts of hazards. Elevating lines can help protect them somewhat, and coating or wrapping lines can help. Electrochemical corrosion can be reduced by the use of insulated unions, and are available in a range of types. 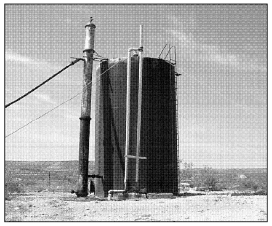 Figure 2. An example of a fiberglass wash tank. There is a PVC water leg directly in front of the tank, as well.

Protecting the inside of tanks needs some special materials and techniques. As with the outside, paint is a reliable, basic barrier. For the inside of a tank, you’ll want to use an epoxy paint designed for protecting tank interiors. Fiberglass liners can also be used to protect the inside of tanks, though entire fiberglass tanks are also becoming common. 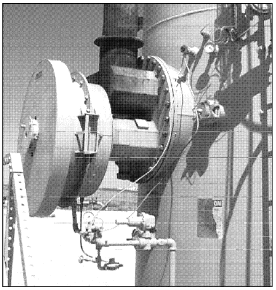 Figure 3. This heater-treater has two sacrificial anodes, one to the right of the firebox, and the second directly below it.

There are also some chemicals that can be used to protect the battery against of corrosion, and also protect the whole system. Some chemicals can be injected down into the casing so they can be pumped back to the tank battery. Other general methods of protecting against corrosion, such as sacrificial anodes, can also be used. Sacrificial anodes are particularly useful with heater-treaters; a wire is run from the firebox flange to the anode. Current is sent through the system to the bottom of the heater-treater, which can protect it against pitting.

Preventing corrosion down the well can be more complicated. There are a few basic steps that can be taken. A ball and seat pump allow gas to escape into the atmosphere, while preventing oxygen from getting downhole and causing corrosion. Other corrosion prevention measures can require more work. However, reducing the impact of corrosion is important. Corrosion can cause holes in the casing that can cause leaks, overflows, and a loss of production.

Simply locating corrosion downhole can be difficult. Temperature surveys should be run on a regular schedule which can help to find leaks. As the fluid escape the casing, it expands and therefore the temperature drops. A casing survey can also help to locate holes in the casing. Gas is injected down into the annular space while the well is shut in, pushing liquids back down to the casing perforations. The gas pressure should remain consistent over a 24 hour period. If the pressure falls, a hole in the casing is allowing the gas to escape. A caliper survey can also help locate corrosion before it results in a hole. 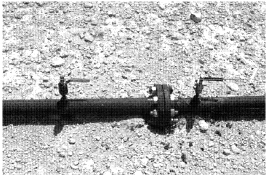 Figure 4. An example of an insulated flange union used near the well. This particular valve is used to record line pressure.

Other measures include using insulating flanges and sacrificial anodes. These are used in generally the same ways as similar measures in other parts of the system.

Is your appetite for oil & gas operating knowledge insatiable like ours? 😀 If so, check out this related article, The Basics Of Corrosion And Scale For Oil & Gas Production – it will surely pump you up!!!

Hail Mary, full of grace, blessed is your hardhat...