One survey by GoBankingRates found that 29 percent of Americans believe they’ll become a millionaire. With a little bit of know-how, a good enough idea and a little luck, any of us could end up being the next Mark Zuckerberg or Elon Musk, right?

And while there are more millionaires than ever before in the United States, they make up less than 10 percent of the population, and about half of the nation’s millionaires are retirees… not millennial tech entrepreneurs.

For many people, what happens in the oil patch is mythical.

And while everyone is busy talking about Exxon, Chevron or the acquisition of Anadarko by Occidental, there’s a much smaller subset of oil and gas companies known as independent operators.

And by coupling ingenuity and technology, these tiny operators have identified an opportunity by morphing into an altogether new type of oil entrepreneur. 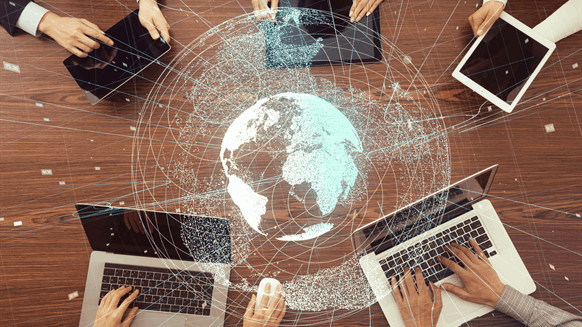 John Graham is a virtual operator.

John is a second-generation petroleum engineer, and he has nearly 40 years of experience in the petroleum industry under his belt. He founded Select Exploration Group alongside his former Devon Energy colleague Paul Baclawski. And they’re running their small oil and gas company as virtual operators.

After opting for early retirement, John and Paul decided to strike out on their own.

The two did some research, and then it was time to start buying up wells. And as they got started, they had some decisions to make.

John says, “We see a lot of our friends go the private equity route to get started. If you get backed by a private equity company, they want you to be structured with an office and all the overhead that comes with it.”

According to John, this is bad news.

“We talk to a lot of companies about acquiring some of their existing oil and gas properties that are uneconomic are marginally economic. And with these companies it’s their general administrative expense that’s eating them alive. They have office and staff overhead – what’s more, is they’re leasing prime office space which gets expensive. There’s a lot of oil and gas properties that are profitable if you don’t have that overhead.”

Instead of going that route, John and Paul looked to Houston’s Harbinger Resources. Another small petroleum startup, their partnership also allowed them to keep operations lean.

John says, “They’ve got the operations and the financial background; we’ve got the reservoir engineering and geoscience background.”

It’s also worth noting that the Harbinger team, like Select Exploration, works out of their homes.

John told us, “We have no desire to all live in Houston or all live in Oklahoma City and have a conventional company. What we want to do is to acquire and operate producing assets. And we plan to achieve this by working online from different locations.”

And since the business’ inception, they’ve been doing just that.

Tools and Tricks of the Trade

There are plenty of resources out there that make being virtual operators a possibility. Thanks to those, John says, “We don’t have to be in the same office every day with that overhead.”

So what does virtual operations look like? John told us:

“During the past year, I have probably analyzed two or three acquisition opportunities per month for the group using my petroleum engineering software I have on my laptop. The information we need is available. It is not always free; there are a lot of state oil and gas boards, corporation commissions that have online well and oil and gas data which can be complemented and augmented by new oil and gas production data services.”

The same industry software that would be installed on computer systems in those high-overhead offices can be accessed through the cloud.

Additionally, there are some solutions out there that are specifically made for independent oil and gas operators.

GreaseBook is an option for gathering, tracking, recording and analyzing production data direct from the pumper and field crew. Essentially, it replaces the Excel and paper production reports between operators and their pumpers in the field.

When simple apps are combined with a more powerful SCADA, telemetry and remote monitoring engine, small and mid-sized operators are able to bring all their production information into one system and scale out their operations at a fraction of the cost it would take to do so with more conventional workflows and software.

By essentially ‘renting’ these cloud-based products, independent operators are enabled to focus on what matters most: producing oil and gas at the lowest cost possible.

These tools coupled with some of the programs being used by other location-independent entrepreneurs (like Google Drive for file storage and sharing) or Join.Me (for meetings) round out the tools of the trade.

But what about the stuff that happens locally, you ask? Well, we asked John about that. It seems that one of the tools of the trade is networking. Another is trust. He told us:

“When we acquired the properties, I spent at least a couple of days with the engineer that works for the company that we acquired the properties from and I quizzed him. Who do you like working with? Who do you not like working with? We prepared a vendor list with contact information that he handed off to me, then I either met or introduced myself to those vendors and picked who I thought could do the job and would be responsive to my needs.”

The Reality of Being a Virtual Operator

The reality is that being a virtual operator in the oil and gas industry is 100 percent possible.

John and Paul and their colleagues aren’t the only ones doing it. There are plenty of small oil companies running virtual operations, and their ranks continue to increase. And for many of these small companies, they wouldn’t be profitable or even viable if they had those traditional setups with high overhead.

We asked John about how often he finds himself out in the oil patch. His answer: every four to six weeks. On these trips, he visits the lease and meets with his pumper. But most importantly, he visits with his youngest daughter and her children; they live conveniently nearby.

October 24, 2021
« Previous post
This Week in Oil and Gas History: November 28 – December 4
Next post »
4 Critical Behaviors to Get the Most Out of Your Pumpers and Field Crew
Copyright 2022 GreaseBook Oil and Gas Software. All rights reserved. Patents Pending. GreaseBook is a trademark of Greasebook, LLC.