The system for handing off natural gas production to the purchasing company is a bit different than that required for selling crude oil. Crude oil may be transported by truck, and the tank battery will require a system to allow trucks to be loaded. When selling crude oil by pipeline, an LACT unit and other additional equipment may be needed. 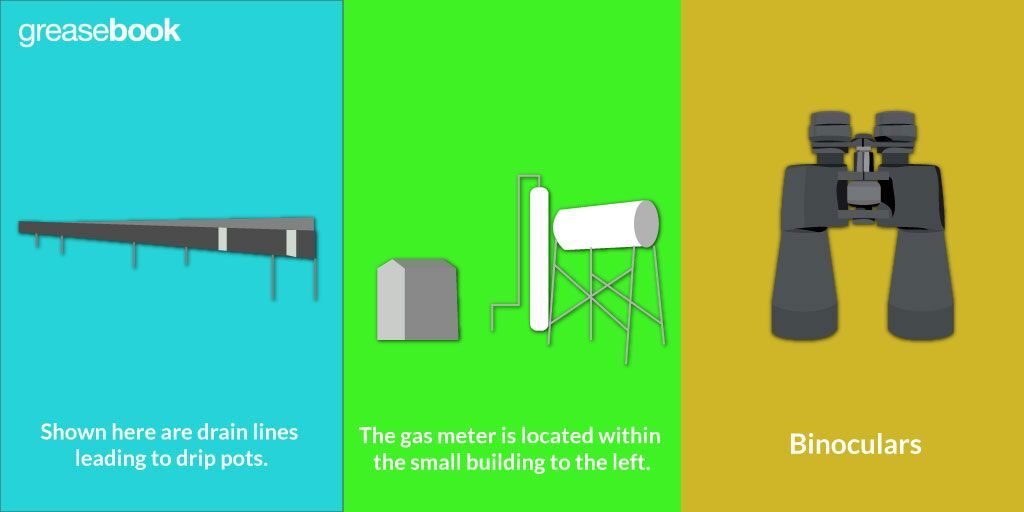 Selling gas also usually requires some specialized equipment. The gas needs to be compressed so that it can be transported through a pipeline. It also needs to be measured, and any remaining liquid needs to be removed. However, all that, and the equipment required, may actually be the responsibility of the purchasing company. Gas will often technically belong to the purchasing company once it leaves the production unit. However, since this is equipment that’s at the lease location, and it’s generally wise to understand how you get paid, it can be helpful to know what happens with produced natural gas before it gets sent down the pipeline.

The compressor at the lease location will be automated so that production can be handled automatically. It will also have some controls to shut off the compressor in the event of a sudden change in line pressure. Both a large drop or a sudden rise can indicate a problem. A drop in pressure may indicate a leak or break in the pipeline, and so the compressor will be shut off to prevent gas being lost to the atmosphere. A rise in pressure could mean that the line has become blocked. An engine will often be used to provide power to the compressor; when that’s the case, the engine will have it’s own set of safety systems.

Figure 1. The gas meter is located within the small building to the left.

After the gas is compressed, the amount sold is measured by a gas meter. The meter may be as simple as a chart meter, or it may be a fancier system with solar power. These details are going to largely depend on production volume of the well. That is also going to impact the contract with the purchasing company. That can determine who owns equipment. With some low volume wells, the production company is required to pay the cost of a pipeline connection. 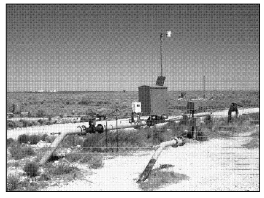 Figure 2. An example of a solar powered gas meter. Meter readings are reported to the purchasing company automatically over radio.

The production volume is determined by testing the well.  A shut in test can determine reservoir pressure, and therefore provide some data helpful when trying to predict a well’s production volume over time. To perform this test, the well is shut in, and after a standard time period the pressure at the wellhead is read. Other tests can provide information about water and condensate production. There are a few tests that are required so that regulatory bodies can monitor gas production and set production limits.

Tests usually require a certain amount of preparation, even simple ones like the shut in test. A higher flow for a short time can help to clean the wellbore before a well is shut in. Some wells may need to be shut in for longer periods before they reach maximum pressure and tests can be run.

The procedures and equipment for measuring gas production is largely similar to measuring liquid oil. Gas volumes are usually higher, however. A few abbreviations are standard and helpful to know. Bottomhole pressure is usually written BHP. CF and CFM mean cubic feet and cubic feet per minute.

Some abbreviations will use roman numbering, which can save on space and is less likely to be misread. In roman numbers, M stands for 1,000, and MM is 1,000 x 1,000, or 1 million. 1,000 ft3 can therefore be written as MCF. MSCF is 1,000 standard cubic feet. 1 million ft3 is MMCF. MMCFD is 1 million ft3 per day. Barrels of condensate per million ft3 is abbreviated BCPMM.

Liquid vapor will condense as it moves through a pipeline. The condensate will need to be pushed along by the gas pressure, or it will cause back pressure or blockages. Condensed water can also combine with liquid hydrocarbons and other elements precipitated out of the gas to create a compound called a hydrate, a gel-like substance that will also block the line.

Water will also freeze in colder weather, leading to more blockages. The water may freeze and thaw several times throughout the year, leading to cycles of blockages and flow. Methanol may be injected in the line to act as an anti-freeze. 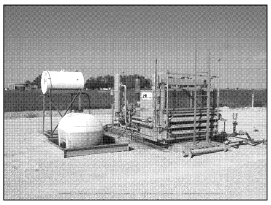 Figure 3. An example of a gas compressor with a chemical injector for anti-freeze.

It may be inevitable that some liquid gets into the pipeline and condenses. This condensate is most often known as drip, and is usually removed from the pipeline and collected in containers known as drip pots. Drip is volatile and it should be handled carefully. If it mixes with oxygen and is ignited by a spark, it will explode.

Natural gas is collected at processing plants, where all liquids, condensates, and other contaminants are removed. It can then be sent where it will be used, often long distances across the country. 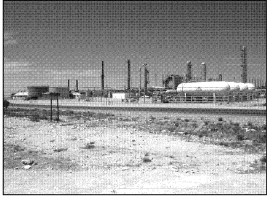