Where is Crude Oil Found? The Structure of Oil-Bearing Formations…

Understanding what it is like downhole (a term referring to the underground part of the oil well operation) is important for a variety of reasons; but most importantly, it is one of the fundamental aspects in understanding the procedures for: drilling a well, how and why a bore hole is not complete until the casing strings are run and properly set into place, what the rig personnel responsibilities are, and more. 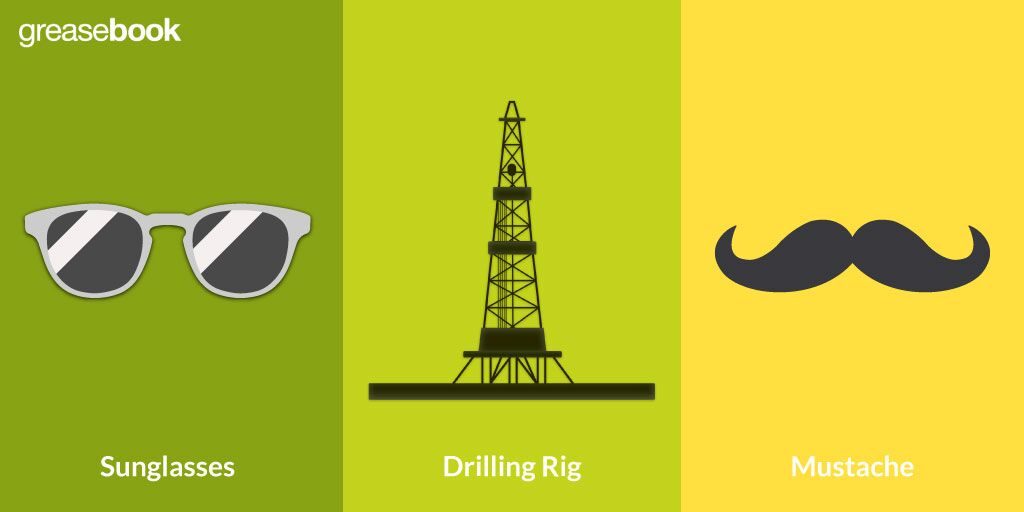 During the production stage, lease workers should understand the formation (what type it is, what is happening in the formation, etc.), the flow lines, what the production timeline is looking like, as well as all the handling containers from the stock tank to the farthest reaches of the bottom of the hole. 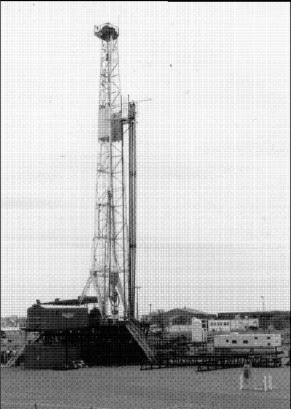 Figure 1.  A drilling rig used for an oil well; note the drill pipe alongside the derrick.

In order for a lease pumper to be able to identify and/or remedy a situation, they must have some basic knowledge of what could cause an oil and/or gas production to slow down or stop. As you gain experience, you will start recognizing a wide assortment of downhole warning signs and symptoms; and once you are able to identify these issues, you can go about the correct course for restoring production to the well. It is also important to remember, many small operators are required to do their own well servicing. Therefore, the lease pumper may become a member of the service crew; helping to pull and run rods and tubing as necessary.

However, even when a company contracts all their well-services, the lease pumper is still required to understand these aspects. While it may not be in your description to perform the duties, you are a representative of the oil company; and as such, are in charge of ensuring everything is performed to the standards and satisfaction of the company. For that reason, every lease pumper should understand: how to submit the proper change records, what records are required to be kept, and how to precisely record any and all changes made downhole (see www.greasebook.com for more information on how we can help you with those records 😀 ) Also, here are a few answered questions about the structure of oil-bearing formations and a basic impression on oil well design.

How is Oil Extracted?

The entire purpose of a well is to harvest the oil and gas from beneath the earth in underground deposits. Over the years, researchers have agreed gas and oil are created from the chemical remains of ancient plants and animals. What started as remains deposited on ancient sea beds, became rock after the pressure from layers of sand and other sediment compressed the minerals; with the hydrogen and carbon parts of the remains combining to form different chemical chains (known as hydrocarbons) – natural gas or crude oil.

As time passes, rock layers continue to form. Some form a porous type of rock, like sandstone, that allows for substances (such as oil, water, or small grains of rock) to occupy these openings. Other rocks formed, such as granite, are nonporous. In order for a well to be productive, you will have to go through layers of strata (porous and nonporous rock) to get to the trapped sections of hydrocarbons (also referred to as a reservoir). These reservoirs are created when the hydrocarbons become trapped between nonporous rock, or when specific kinds of rock formations (oil-bearing rocks) form keeping the oil (and/or gas) contained.

Most areas drilled for oil are made up of sedimentary rock, and any experienced lease pumper can tell you igneous rock will never contain oil. Yet other types of rock, such as limestone meta-morphed into marble; while generally oil-free, have been known for a rare oil find. In most cases, the oil-bearing rock will likely be made up of one of the following:

What is an Oil Trap?

Unlike the old days, finding oil deposits is less of a guessing game. This is because geologists are able to examine land formations and rock samples to determine if an area is likely to contain oil. These tests can include a diverse selection of assessments; such as measuring underground rock formations and rock density to determine possible oil reservoir locations. Since the 1970’s, great strides have been taken in understanding the different shapes of reservoirs and improving the likelihood of finding hydrocarbons.

Before drilling commences, there are numerous factors the oil company will have to consider before determining if the petroleum is worth mining; and one of these aspects is the formation shape. There are many different types of formation shapes that can result in underground oil reservoirs. Sometimes these characteristics can be visible on the surface in land formations along canyons, road cuts, or other areas where you can see layered sections of the earth.

Anticline formations form an upward fold; but instead of creating a dome-like shape, the fold spreads across a wide area. Sometimes covering many miles, despite the narrow areas; anticline formations also have finger-like projections, known for trapping oil. Once found, these reservoirs can very productive. Unfortunately, anticlines are known for their disappearing act. It’s common for them to vanish for miles, only to reemerge and disappear (sometimes even several times); with the reservoir depths varying from shallow to deep depending upon the location and length of the anticline.

Dome formations are caused when the pressure of pushing up in the layers underground is so intense it causes a fold within the strata. Hydrocarbons have been known to be trapped both inside the dome, and within the donut-shaped formation surrounding it. When produced, the oil reservoir will typically be driven toward the center of the dome or journey outwards. Dome reservoirs are often referred to as plug traps, and typically consist of salt.

Fault trap formations are formed when the earth breaks at low depths. These breaks are often referred to as a fault or fault lines. These sites are frequently the cause of earthquakes (when the two segments of earth shift relative to one another); and if the remaining rock formations on the fault move where they no longer line up with the other side of the fault, it creates the perfect reservoir for trapped oil and gas. In fault trap formations, oil may be discovered on either side of the fault, or both sides. In the process of following a productive fault line, it is common for many dry holes to be drilled.

Lens formations are usually difficult for completing and/or producing a well. This is due to their broken up reservoirs created by the strata being penetrated by bands of nonporous rock. Think of it similar to a rumpled blanket. While there are various pockets for the gas, oil, or water to get trapped in; it depends upon the setup on whether or not the hydrocarbons can flow between pockets, meaning the production on the oil-bearing spectrum can vary from well to well.  Plus in some cases, isolated areas may require separate drilling.

Usually reef trap formations are developed by dolomite and/or limestone deposits. These deposits are typically made up of minerals from dead marine life. The cavities created in the minerals from the passing water create the perfect cavities for hydrocarbons to be trapped and held.

Unconformities have been weathered by the elements because of their upward thrusting rock formation. After the rock has worn away, a solid layer is placed to form a cap over the end of the porous layer. This traps and preserves the oil reservoirs. In fact, some of the most significant oil fields in the world are formed from unconformities.

How does an Oil Rig Work?

Thinking about a completed oil well and how everything comes together to create the finished product is one of the best techniques for learning about the oil well drilling process. As shown in FIGURE 1, drill pipe is run through the hole, allowing the bit to cut through the rock formation at the end of the drill pipe. (This is completed after the derrick is in position.)

An important consideration to keep in mind is mud. As you drill, mud is pumped into the top and emptied out at the end (top) of the drill pipe. This is useful for several purposes, including:

Casing is installed as the well is drilled. After the drill pipe is removed, heavy steel pipes are installed into the hole. Once completed, the pipe is filled with wet cement and capping the top with a plug. Before the cement has a chance to dry, mud is pumped into the casing. The pressure from the mud will then force the plug (and cement) down into the casing to where the cement is forced into the space between the surface of the well and the walls of the bore hole. Once the cement hardens, continue drilling into the next formation (if necessary).

As soon as well is drilled into the oil-bearing rock, the drill pipe will be removed and the last of the string casing will be installed and cemented into place. One section of this casing will pass through the reservoir becoming perforated, with the small cavities allowing gas and oil to pass through it. Tubing (a small diameter pipe used inside the casing) is then placed inside the casing to harvest the oil and gas, and bring it to the surface. Prior to start of the well’s production, the derrick should be removed, and the tubing should be topped with a Christmas tree (aka wellhead – a set of control valves).

Is your appetite for oil & gas operating knowledge insatiable like ours? 😀 If so, check out these related articles, A Basic Guide to Oil and Gas Drilling Operations and, 6 Areas You Should Know About Completing Any Oil and Gas Well – they’ll be sure to pump you up!!!

Christmas every day of the year (for your gas purchaser): Part 2 of 2