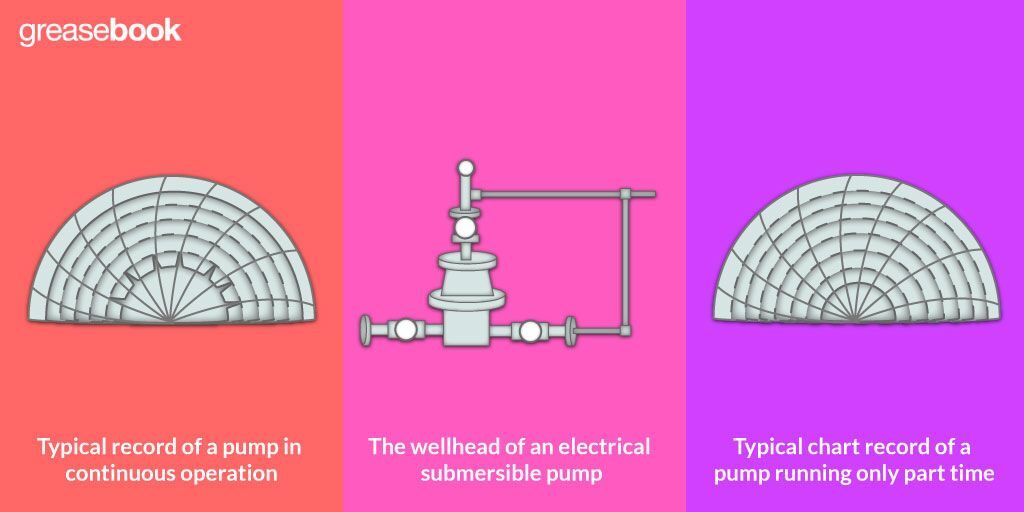 You may choose to operate your well continuously, or only run the submersible electrical pump for part of the day. The well capacity and the amount of fluid you need to produce in a day will determine which is best for your operation.

In the past, pump controls were fairly simple and standardized. Computer controls have become much more popular, and allow for greater automation. New versions and control designs are common, however, it’s important to understand how your specific setup works. 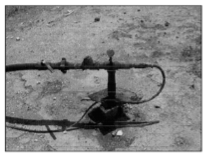 Figure 1. The wellhead of an electrical submersible pump. It includes a check valve, pressure gauge, union, ball valve, and a hose for monitoring production.

One of the more important parts of the wellhead is the check valve, which must hold when the electrical submersible pump is in operation. If the check valve leaks, the liquid can drain back into the formation. This can cause the pump to freewheel and turn counterclockwise while the well is shut in. If the power is turned on while the pump is spinning in reverse, the sudden torque can cause shaft failure. In order to repair the pump after that sort of failure, you’d need to pull the entire pump. To prevent problems keep an eye on the wellhead gauge, which will usually indicate if a problem is developing.

Deeper wells and wells that have higher production volumes will have more elaborate controls, as well more complex equipment. In Figure 1, you can see an electrical submersible pump that’s about as simple as it can be. It has everything such a well needs to operate, but on a marginally producing well, it would have a minor impact on the lease income in the event of problems. With a higher producing well, it’s usually worth it to invest in more complex systems. The more information you have, the easier it will be to recognize and analyze production problems and reduce downtime.

To monitor a well’s production, you’ll want to install a chart at the wellhead. When the pump is operating continuously, the chart will have two steady lines on it. One indicates the casing pressure while the pump is running, and the other indicates the tube pressure in the flow line. You’ll want to keep an eye on the chart even when the well is operating normally. You’ll then have a set of baselines you can use to diagnose problems. Without the record that a chart provides, analyzing performance to identify problems is more difficult.

Figure 2. This chart shows a typical record of a pump in continuous operation. (courtesy of Reda Pump Company)

Figure 3. A chart showing a typical chart record of a pump running only part time.(courtesy of Reda Pump Company)

When you do run into problems with a submersible pump, you’ll most likely need some special equipment. It’s also a good idea to have an experienced technician on site who can offer advice and weigh in on decisions.

Is your appetite for oil & gas operating knowledge insatiable like ours? 😀 If so, check out this related article, Using Submersible Pumps for Lease Pumping in Oil & Gas Production – it will surely pump you up!!!

The Winchester 1873 Rifle, Oil and Gas Apps, and an Energy Revolution