Ever had a look inside a Superior Gas Engine Pump House?

My dad and I both own and operate our own software companies here in Oklahoma. My dad founded SSI (a well-known E&P accounting platform) in 1979, and I built an iPad app (GreaseBook: Production reports that don’t suck!) for oil & gas operators in 2013.

That being said, we take frequent trips between Tulsa and Oklahoma City. On more than one occasion, my dad had mentioned to me an old pump house that he’d seen off the East side of the I-44 Turner Turnpike…

Now, growing up in Oklahoma, I spent a lot of time outdoors. While hunting and fishing with my pops, I got to see a lot of pump jacks up close as a kid.

My dad said he’d seen a few of these — one wheelhouse in Kansas he said ran 5 rods/wells. However, at 32 years old, I’d never come across anything like this…

Due to all the foliage, the old pump house is especially difficult to see during the summer. However, if you look hard enough, you can see it tucked back in a knoll on the NE side of the S 209 West Ave overpass.

Anyways, it was a nice day (and I’m kinda weird and like this oilfield history stuff), so my dad and I thought we’d pull over and check it out.

Check out the video and photos posted below…

After poking around onsite, I immediately did a Google search on the Superior Gas Engine Co (which I found very interesting!)

So, we’ve also included a little background on the Superior Gas Engine Co below…

In 1889, the PJ Souvlin machine shop opened its doors in Springfield, Ohio, to accommodate the booming Lima, Indiana, oil field that had been discovered only a few years beforehand.

Souvlin’s machine shop at it’s outset was just a repair facility, but it soon joined the ranks of firms competing to develop an internal-combustion engine that could use well head gas for power. At that time natural gas was viewed as an annoying and sometimes dangerous by-product of production (ahem, North Dakota anyone?)

Photo (and much of the article’s content!) Accredited to Gas Engine Magazine

As you can see, the engine in the pump house was built by Superior Gas Engine Co. From what I’m told, the company relied on its reputation for ‘superior’ quality to promote sales. The oilfield is a small community, and word gets around quick — Superior’s practice of showing-by-doing must’ve worked, as several other manufacturers built engines many people now call “Superior clones” due to their similar design.

Superior engines were favored for their somewhat better fuel efficiency. They used a four-cycle mock-up in the oil field where gasoline production was scarce. And, some of you folks who’ve been around for awhile in the oilfield may be able to confirm this, people tend to agree that Superior engines were at the higher end in the world of oil field engines.

Basically, if Reid and Bessemer engines were similar to a Chevrolet or Ford, then Superior engines might be the Cadillac or Lincoln of the oil field — not really any better, but definitely had all the bells and whistles…

Superior, All Grown Up

PJ sold his first engine for oil field use to the Ohio Oil Co. based in Findlay, Ohio (the predesescor of today’s Marathon Oil). Originally, all Superior engines were sold directly to the customer. However, as the engine maker continued to grow, so did the need for a distributor.

A deal was struck with the newly organized National Supply Co. to become exclusive sales agents of Superior engines to the oil industry. As both companies continued to grow, National Supply acquired another oil field engine builder: Spang, Chalfant & Co.(one of the oldest names in the US oil industry, dating back to 1828).

During World War II, Superior employed nearly 2,000 men and women. It received the Maritime Commission ‘M’ award and Victory Fleet Flag for its record of building the diesel engine for the U.S. Liberty ships.

In April 1955, National Supply Co. sold its Diesel Engine Division to the White Motor Co. of Cleveland, which was among the leading manufacturers of large, heavy-duty trucks and tractors. Several years later, National Supply was acquired by the Armco Steel Corp. of Middletown, Ohio.

The Superior plant in Springfield became known as the White Diesel Engine Division. In the 1950s and 1960s, the company’s engines were being used in nearly every type of application you could conceive: marine, defense, transportation, municipal and, of course, the oil industry. And, in 1964, Ohio experienced another oil boom not far from Springfield, and Superior engine-compressor units were installed.

With gas engines re-established as important products, the name was changed once again from White Diesel Engine Division to White Superior Division. When the company was purchased by Cooper Industries in the early 1970s, the majority of Superior markets were in the oil and gas industry, with some sales among municipalities and occasionally to government groups. Additionally, the division completely withdrew from marine diesel production. 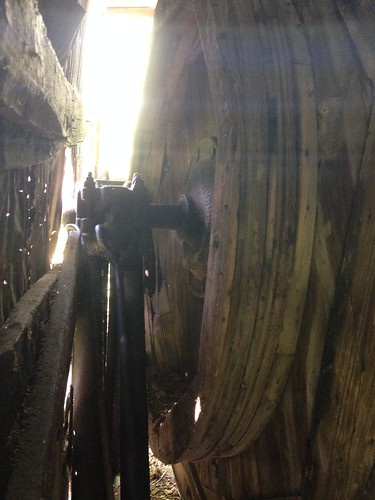 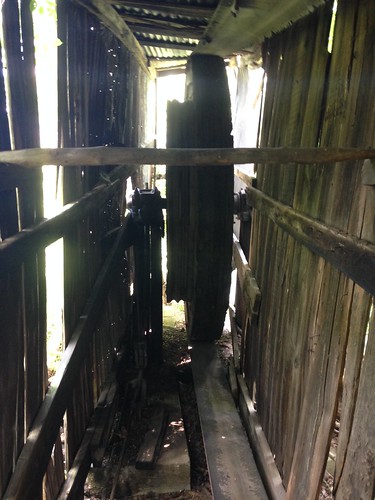 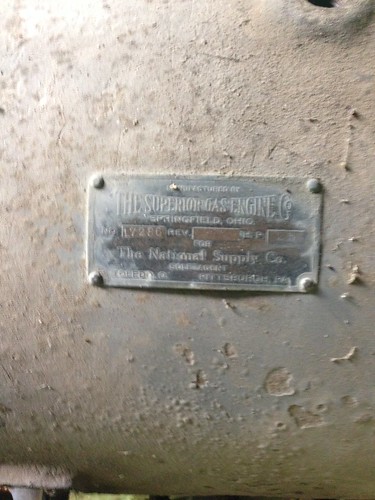 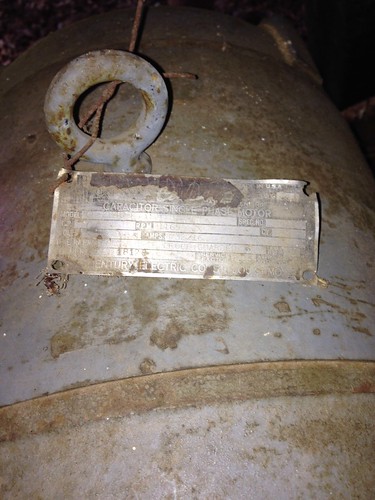 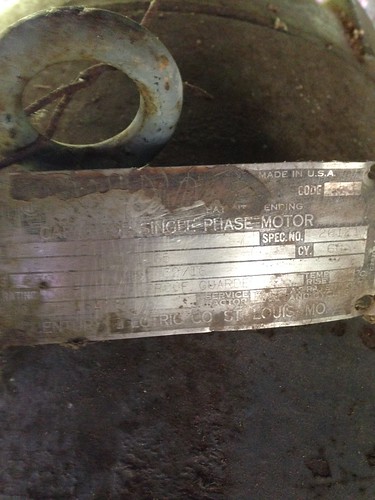 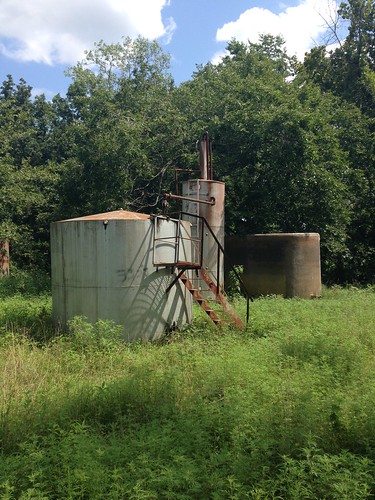 It’s a cool piece of Oklahoma history — better yet, of Oilfield history.

Do you see a lot of these pump houses around the Ohio area?

Any Texas or Kansas folks who wanna chime in??

Better yet, do you know if any are still in use??

If you have insight or a cool story, please leave it in the comments below!! We’ve got tons of great stories already, I’m sure we’re not the only ones who’d like to hear about it! 🙂

BIG mistakes to avoid with Oil and Gas Production Software

July 23, 2017
« Previous post
Look what the pumpers are saying…
Next post »
GreaseBook Roll-Out: Click the Cloud Below!!
Copyright 2022 GreaseBook Oil and Gas Software. All rights reserved. Patents Pending. GreaseBook is a trademark of Greasebook, LLC.