When I was pumping full-time, I had opportunities to listen to all kinds of different radio programs. One of them I heard once was a talk from Tony Robbins. Think what you want about the man. You don’t have to like someone to hear something they say that inspires you to reach deeper.

Greetings GreaseBookers. I wanted to talk about something that I feel is at the heart of not just how we do our jobs as pumpers, but also really defines WHO we are as well.

What this quote above means for me is to stop giving myself a way out of fighting through something and keep doing it like I have to actually “live on this island” so-to-speak. 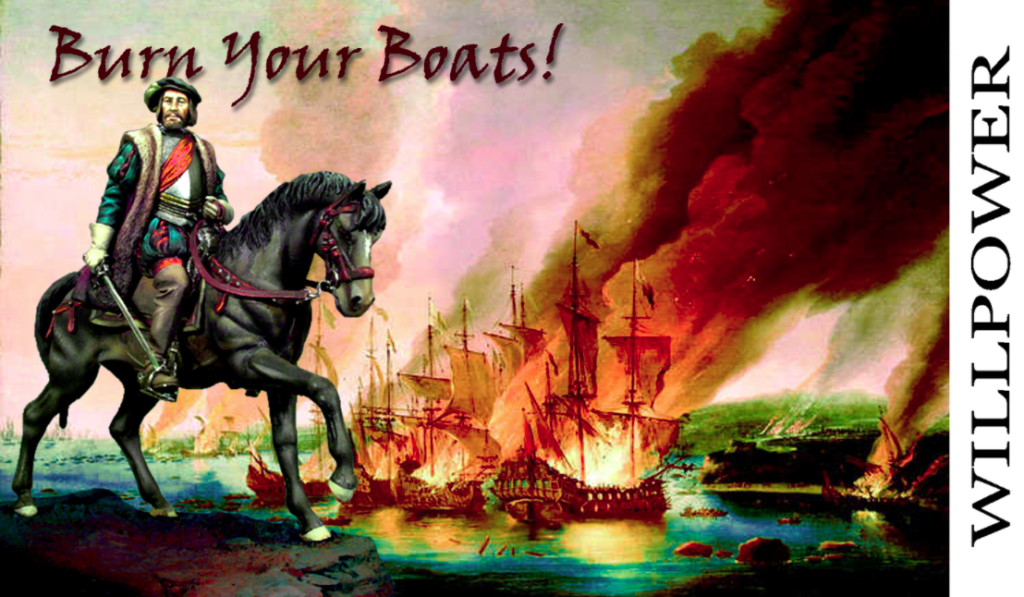 What does this have to do with the oilfield?

If you work as a pumper, a driller and even a company man or an owner of a drilling or production company, this statement defines the very foundation of what it is to have intent and then to follow through with that intent.

When I was pumping wells in Perryton, Texas for Chaparral, I used to get up in the morning early to get my pricey, fru-fru coffee. Shortly after moving there to my temporary travel trailer, I found a little coffee shop on the main highway that runs through there.

The woman who had opened it seemed pleasant enough and the coffee was good.

But what I found with this shop was that some days she just decided not to come to work and so I would drive there and be really irritated because she would be closed.

The next time I went by, I asked her about the absence. Perhaps I just did not understand her hours. She said, “Oh, I just had my kids and grandkids in town and decided not to bother with it.”

“I see,” said I. “Well, I have been stopping at McDonalds and have taught them how to make my particular fru-fru coffee (which is four shots of espresso with only a little foam) and they are doing fairly well.”

“Well,” she said in a disapproving way. “What you have to have to make good coffee are good beans and McDonald’s doesn’t have good beans.”

“Well, actually, what you have to do to create a good cup of coffee is to be open,” I said.

I never went back. Again, what does this have to do with the oilfield?

We have to show up in our jobs. And when I say show up, I mean fully, mentally present for duty with the full intent to restart difficult pumping unit and compressor engines or to figure out why our separator is swamping everything.  We have to be willing to remain on a location until the problem is fixed.

We have to do this in a way that we would if we owned the oil well. That’s what the quote means. “If you’re going to take the island, you have to burn the boats”.

The boats, for the purpose of this quote, represent excuses, ways to get away again from what you thought you wanted, ways to discharge responsibility for what you should be achieving. Too often I meet folks who take a longing glance at the pumping job and think they want it. Then, within weeks, they are skipping wells and avoiding really working on them, which it required if you are really a true pumper.

What’s Robbins is saying is, if your goal is to conquer and own the island then burn the boats that allow you to escape and keep working at it like your life depends on it.

I was chatting with my bestie the other day and we were talking about this concept and how it plays out in the oil patch. I asked her, “How many times, on average, do you fail when trying to get an engine going or trying to work out a well problem, before you ultimately succeed and solve the problem?”

I agreed with her and told her I had begun paying attention to that concept as well. I would tweak something on an engine, and try it. Tweak it again and try it again. If that didn’t work I would try another approach. And then finally I would hit on the combination that worked. And on average, I tried five to seven times before finding the problem or hitting on a solution.

I have asked several other pumpers about how much time they put on their well locations. Many try once or twice and if it won’t work, they call the company man or the mechanic. Often, I would discuss the mechanic’s work day and he would express frustration about what he would find when he was called out to start an engine that according to the pumper, “Just wouldn’t start”.

When we do our jobs in this way where others must come behind us, it creates in others around us the same feelings I had with the woman who thought she wanted a coffee shop until she realized she would actually have to run it.

Make no mistake about it GreaseBookers, even if you think you are getting by with these tricks and smoke screens, everyone knows what kind of pumper you are. Because, and I’m saying this metaphorically, the natives are still running your island.

I think pumpers need to ask themselves how they are applying themselves. I think half-assing or cheating your wells cheats you. Because at the end of the day you will take that same attitude into the “islands” of other life pursuits and you will always have your boats standing by and ready to allow you to NOT succeed.

Hey, Oil Field Pumpers! The secret to getting more wells...