No, wait a minute. Telemetry, I love it.

I am sure we have all been there. If you are a pumper in today’s world of pumping, you should know about telemetry.

For those who don’t know about it,  the systems are computerized measurement systems that a pumper can call or log into on a computer to get information about one of their wells. 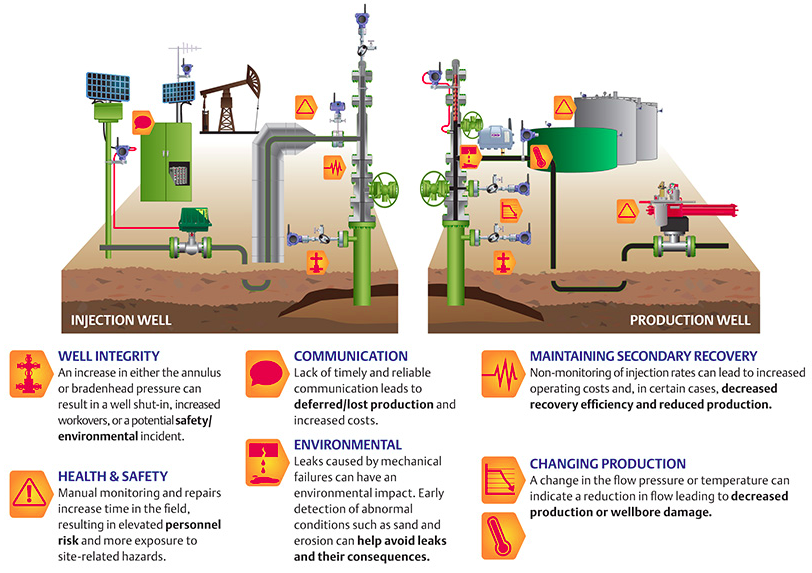 The systems, which are all different in what they offer you, can tell a pumper everything from how many MCF of gas a well has produced to static pressure, to accumulated pressure and now, there are even stock tank telemetry systems to tell us how many inches of oil or water the well made.

I have one thing to say about all of it. Watch out when you begin a close relationship with Telemetry. Because Telemetry is not into commitment.

To be sure, it is a great tool. I use it as a basic source of information. But I do not allow it to replace my presence at the wellhead.

Look, I am not the super-pumper of the world. I make mistakes and every so often take shortcuts – for which the oilfield gods promptly smack me down.

Recently I was having a conversation with a friend of mine JW, who is a young guy in the oilfield. We were talking about how hard it is to stay in shape when you are working as a pumper.

We all have so many wells and it is easy to literally speed from one well to the next, only getting out long enough to do what you absolutely must. Between that and the fast food or more than likely, quick-stop hot dogs that we consume to get us through the day, we can put on some weight.

“When you run up your tanks to gauge them, simply run up the steps and down them twice,” I said.

He said only this, “We have telemetry.” I’m like, ‘Okay?” He told me that the company he worked for didn’t like them climbing tanks that often. “It’s a safety thing” he said.

Well, I don’t know about all that or how old the telemetry is on his route. But I told him I would gauge more tanks more often.

I have had tanks on which the telemetry was so badly calibrated that it thought it should have 10 feet of oil in it and it only had 3 feet. The bottom line here is, pumpers need to know what’s really in the tank. Because when you go and try to correct this kind of thing after having the wells for a while, leadership kinda narrows their eyes at you and say things like “You’re missing oil?” This is always the beginning of what you know will be a bad week of explaining where 7 feet of oil went.

You get the picture. Verify your telemetry. That’s my message. And, never, but never count on it to hide your misdeeds in the field.

See, the systems, like computerized anything, can tempt us all to roll the dice – take a bet on the computer system. But remember what I said, Telemetry is not your lover. It’s not committed to you. In fact, it’s like having a friend who gossips.

Okay, so here comes my telemetry nightmare story. You knew it was coming, right?

While working for Chaparral Energy, we had telemetry on all of our tanks. We had systems that measured when the oil got to a certain level at our wellhead site tanks on individual wells. This signaled our pumps to go on and kick the oil into a central line, which ostensibly carried it to the central battery.

But of course at the central battery, the only place that oil could go, since that was the end of the production line, was away in a truck. If a tank got too high or was close to overrunning, that’s where telemetry came in and the system would call me on the phone.

Now, most of the time, this system worked. But sometimes, if you didn’t take the time to climb your tank, you had a system that got gummed up by the oil and, yep, you guessed it, there were oil overruns. Not a lot of them, but they happened. The tank had 14 feet in it and the telemetry thought it was only 11 feet.

There were four of us pumpers for the large field we pumped. It was a CO2 and water flood field, which had approximately 150 wellheads, including injection well heads.

We had this huge central battery, where all of the workings of this field took place, including water and CO2 recollection and re-injection. This battery had three 3,000 barrel stock tanks. That is how much oil we were making on this field and all of it flowed freely to those huge tanks. They filled up fast and those tanks were hauled daily and sometimes more. So, if you’re a pumper, you get it. There was a lot of critical activity going on at this central battery.

Now, because that central battery was so intense, we all shared call.

Each of us had 24 hour on-call status in addition to our day job pumping our wells. Call lasted for eight days and you were on call about every three weeks. The whole battery was set up on telemetry and believe me, telemetry knew my phone number.

My phone rang when a compressor went down. My phone rang when an injection pump failed and my phone rang, most importantly, when one of the three 3,000 barrel tanks was about two feet from overrunning. Of all things on that battery that called me, high level alarms were what got me springing out of bed, jumping into my truck and racing down there to avoid an oil spill.

If all goes right, which doesn’t happen often but it can happen, you don’t hear from your phone. When it goes wrong, God help you. You might as well kick back in your pickup seat and just remain at the battery, because your phone is going to be calling you all night. Oh, did I mention, if I failed to answer and respond by punching some numbers into my phone, the system called my boss Chad.

I had been on call for about three of my eight days and things had been quiet. The weather, which always determines how much trouble you will have in the oilfield as a pumper, had been nice that week and there had been no problems for three days.

I was in the fantasy oil bubble.

The thing is, I lived 82 miles from the field where I pumped wells and so when I had call, I stayed over night in a travel trailer I rented in Perryton. But my boyfriend was not happy about my work away and so I decided, late one evening, to make a quick trip to see him to smooth over some of his ruffled feathers over my career choice.

All was good on the trip to Lavern. I saw my boyfriend, calmed him down a little and we talked. I napped for about 30 minutes and began the 82 mile trip back. On the way however, there are low dips in the highway where there is no phone signal and I had missed a call from one of my oil stock tanks that was reporting a high oil level. I was still out by about 45 minutes.

So I’m motoring down the highway right? And my phone rings. It’s Chad. “I just got a call for high level on the tanks at the main battery,” he said. “Are you on it.”

I failed to mention that I was on my way and would get there in about one hour. I was just praying that this tank did not overflow. If it did, it would be my job.

Now at that time, I’ve got ol’ Greenie pegged out at like 90 miles per hour. Greenie is an old 1993 Ford F150 and he wasn’t used to such speeds. And once again, I get a call from that system telling me again, in what I swore was an irritated tone, that we are at a high level on that tank and it is likely going to run over any second. It doesn’t say this – I’m ad-libbing. It is a computer voice…but I sense that it hates me now and knows I am a sorry, no-good slacker for a pumper.

I don’t need to mention here that I was in a screeching panic. I called a friend there, John, who lived in Perryton. He had his own private wells and I knew he would probably help me out.

“John,” I hollered when he answered at 3 a.m., which for the record surprised me.  “Help me! Can you run up to the Camrick  (that’s what we called the battery) and change a tank over for me before it overruns?”

I just hammered down on Ol’ Greenie even harder. I swear I made corners on two wheels, ran over a median in the highway when I was making fast turns, bumped down a dangerously washboardy dirt road and finally pulled in there to the battery.

I was so relieved to see that the oil had not begun dribbling over the top of the tanks. I jumped out and ran like a runaway horse to the back of the tanks where the equalizer valves were, I opened a valve to equalize the nearly full tank with the one next to it.

I sprinted back up to the top of the tank and looked in and low and behold, the thing had a whole three more feet before it would have run over. According to the telemetry that had called me, it was like inches from the top.

All that to say, telemetry is all good and fine. But there is nothing more important than good old physical presence to verify it. I never tried that stupidity again – I tried some other stupidity, but not that one.

P.S. I did finally come clean about all this to Chad, who by the way was one of the best bosses I ever had in the oil field. He just laughed.

January 8, 2017
« Previous post
Now, GreaseBook for Android
Next post »
“If you’re going to take the island, you’re going to have to burn the boats.”
Copyright 2022 GreaseBook Oil and Gas Software. All rights reserved. Patents Pending. GreaseBook is a trademark of Greasebook, LLC.