Testing wells is an essential part of any pumping operation. Whether it’s oil well testing to be eventually input into your oil and gas production allocation software or a simple well tests sheet, you’re probably going to spend a fair bit of time around the lease performing tests of different sorts.

Oil and other products of the well need to be tested before they’re sold, as well as to determine the effectiveness of things like chemical treatment. Other oil and gas well testing procedures may need to be performed on meters, valves, and other equipment around the lease.

The well itself will need to be tested, both as it is brought into production and regularly throughout its life. Accurate testing and competent reading of the results can help improve efficiency and provide vital information for managing your operation. Each test is used for a specific purpose (ex: production allocation), so understanding how each works and what exactly is being tested is also important.

Prepping The Well For Testing

Before a well can be tested, it needs to be prepared. In this case, the preparation consists of putting the well in the right state to be tested. For some oil well testing, that will require at least 24 hours of normal operation before the test. Other oil and gas well testing requires the well be shut in before the test, so that it can build up some pressure.

Normalizing a well merely means that it is operating and producing in a standard way for that well, and has been doing so for at least 24 hours. When tests need this sort of preparation, you’re usually measuring, in some way, how the well is performing on a regular basis.

It seems like this should be fairly straightforward; hopefully wells are operating at ‘standard’ production rates most of the time. However, that does mean the well can’t be experiencing any reductions in production from faulty equipment, mis-set valves, and other common problems. If the production measured after normalizing isn’t close to the estimated production, it can mean that there is a problem somewhere.

Normalizing is particularly important when a well has been out of service for any amount of time. The well may have built up additional pressure, which will lead to a temporary increase in production. That increase can potentially last for several days, falling gradually over time. The first day the well is producing again, it may produce an additional quarter day’s production over the standard production. That over-production will fall, but measurements taken right after a well has been brought into service will not reflect the well’s daily production.

There are some cases where you do want to measure the production after the well has built up that additional pressure. For those tests, the well should be shut in for some length of time. ‘Shutting in’ is the process of isolating the well. The master valve and casing valves should both be closed, so that nothing is produced from the well. Any other lines, for example from a chemical injector, that lead to the well should also be closed at a valve. The wellhead should be quiet once the well is shut in; any noise most likely means you missed a valve or that one is leaking.

The standard shut-in time is at least 24 hours before you plan the test. However, that time period can vary, depending on the behavior of the well. The goal is for the well to reach its maximum pressure, which will most likely be learned from experience. When the well is first shut in, the pressure will rise rapidly. As time goes on, the increase will slow, eventually stopping and leveling off at the highest pressure. Wells that draw from formations with a higher porosity, for example in coarse sandstone, are likely to build pressure much more quickly. Formations with lower porosity will most likely need a longer period to reach max pressure.

Prepping The Tank Battery For Testing 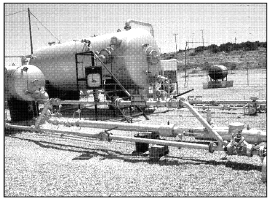 Figure 1. An example of a separator used for testing.

Many tank batteries, particularly in smaller single well operations, may simply route both the water and oil through the test separator into the main/only stock tank. While the stock tank probably already has a fair bit of oil in it, it’s possible to figure out what’s been produced during the test easily. Just measure the amount of fluid in the tank before the test, and then again afterwards. Simple subtraction gives the amount of fluid produced in the test.

Once the total volume has been determined, you’ll want to find out what the ratio of oil to water that was produced. You can find this out by thiefing the tank; in other words, using a tool called a thief to take a sample from the tank at the estimated oil-water interface. Again, you’ll want to thief the tank before the well begins testing, and again after the test has been completed. A little simple math is all that’s required to find the produced oil volume. You’ll also want to find out the percentage of sediment and water in the tank after the test. The gravity and temperature of the oil may have to be measured as well. 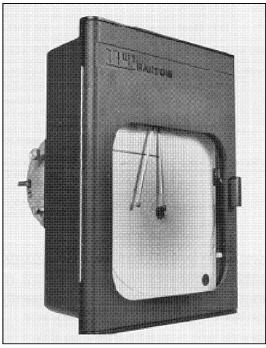 If the well is producing natural gas, that needs to be recorded. As gas breaks out at the separator, it has to be measured as it flows through the gas line using a gas meter. You can check previous measurements in the lease records to get an estimate of which meter orifice you should use. You’ll want to make sure the meter is operating properly; a few basic things like making sure the pens on the recorder aren’t stuck can save you trouble later on. Many meters these days are computerized; the design and functions on these can vary so it’s a good idea to review how the meter you’re using works.

Wells can be tested for a variety of reasons, but there’s a few basic tests that will need to be run regularly or which are common when first bringing a well into production. The specifics of the tests may vary depending on the operation and what specifically you’re testing for.

The potential test is used to find out how much a well can produce in one day. You should shut the well in and allow it to build to it’s maximum pressure before you run this test. The standard shut in time is about 24 hours, but can vary depending on the behavior of the well.

The potential test is most often done on new wells when their production rates and capability is being discovered. It’s also used with wells that have been worked over to discover what the new production rate will be like.

The name pretty much says it all. This test determines the ratio of oil and gas being produced from the well. This can be useful information for a number of reasons, but it’s particularly important as too high a percentage of gas can lead to a drop in reservoir pressure. That can have a wide impact on the production of any wells drawing from the same reservoir.

The oil-to-gas ratio test requires the well be shut in prior to the test to build pressure downhole.

This test covers the most area, with the goal of discovering how to produce the most oil while not reducing the well’s producing life. The idea is to operate the well in with few different ‘standard’ setups, and then measure the output of each. For productivity tests, you’ll usually need to normalize the well.

Most of the tests that are run on the lease will end up collecting a lot of information, which then has to be interpreted and analyzed. The amount of oil, water, and gas will generally be recorded, as those figures will be among the most helpful to look at. There are numerous oil and gas production allocation methods. And, to properly interpret those numbers, you’ll need to place the production in the context of the well and method of production.

Some basic lease information is usually required for all tests. A lot of it is standard requirements for paperwork, such as the name of the lease, the company that is operating it, the well being tested and the field where it’s located. The date of the test is helpful, as testing records are most useful when looking at the behavior of a well over time. The type of test, the condition of the well, and the length of the test are also important.

Details can help explain variances between the recorded and estimated production volumes, so many forms will require specific information such as the casing pressure before and after the test, the tubing pressure before and after, and more. Information specific to the lift method for a pumping well is also important. The stroke length and frequency can affect production so that needs to be recorded.

Other information that may end up being useful includes the state of the tank battery, and any extraordinary circumstances that may affect production, downtime, as well as any wells that are shut-in and the like. There are a lot of moving parts and these calculations can become complicated in a hurry (you can also check out the GreaseBook, which a simple cost-effective mobile app that can serve as the perfect oil and gas production allocation software…)