In 1898, Corsicana, Texas was home to only one small refinery, however, it quickly lead to a boom that would bring countless other companies to the area.  In, 1911, these companies were consolidated into Magnolia Petroleum Company, an unincorporated joint-stock association.

Magnolia had operations across 20 states and had 12,500 employees by the 1930s. To meet its rapid expansion, its headquarters were moved to the now iconic skyscraper in Dallas, Texas. The company used the Pegasus logo from Socony-Vacuum Oil (now Mobil) to represent their brand, and rotated the flying horse on top of Magnolia’s headquarter’s building. 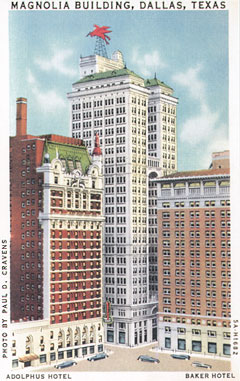 Col. Edward A.L. Roberts, a veteran of the Civil War made waves in the oil industry when he was granted the first of his many patents in 1865. One of his first of these patents for “Improvement in Exploding Torpedoes in Artesian Wells.”  This invention fractured oil formations to increase production by controlling downhole explosions.

Gunpowder filled torpedoes were sent into wells and were set off using a weight that would be dropped onto suspension wires. Nitroglycerin was used instead of gunpowder in later versions. Prior to this invention, there was not much oil coming out of West Virginia, Pennsylvania and Roberts’ home state of New York.

This new patent was a huge advancement in technology for the oil industry in America, and it allowed the Roberts Petroleum Torpedo Company to charge $200 for each torpedo shot. It also charged a small royalty. While this was great for the company, some oilmen hired practitioners to work at night and use similar devices. This is where the term “moonlighting” was born. 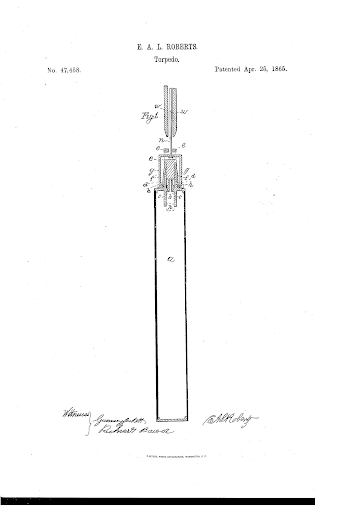 The first advertising campaign by American Petroleum Institute began in 1947, ushering in a new era of marketing and advertising for the industry.  The institute launched a radio campaign that showcased the progressive nature of the industry on both the local and regional levels.

The campaign ran over a huge expansion of air time. Today, the API represents large American oil companies. It promotes safe use of equipment and good engineering practices.

Jim Buchwald, a former teacher with a mechanical engineering degree formed his own company in Ohio when he officially started the Ariel Corporation.

According to one historian, an unused room in Buchwald’s home became his first machine shop as he didn’t have any other way to pay for another building or store tools. Later, one of the adjoining rooms functioned as the engineering department for the entire cooperation.

The tools Buchwald did invest in were a vertical drill, a lathe, and a rotary table. This is where he created his own prototype of a gas compressor, which he completed in 1968. It was the fastest at the time running at 1,800 revolutions per minute. He decided to name the company for his favorite motorcycle, a 1948 Ariel.

After several high-producing oilfields were uncovered in Oklahoma, the Continental Oil Company was acquired by the much larger Marland Oil Company in a move that would ultimately lead to the rise of the Conoco brand.

The goal of the acquisition was to ultimately create service stations across 30 US states. Ernest Marland had Marland Oil almost a decade earlier in 1921 before becoming the governor of Oklahoma and was looking to expand his growing oil empire.

Continental Oil Company had been around since 1875 when it first  formed in Utah. After it was acquired, the Ponca City company kept their name but used the widely recognized trademark, the red triangle. They replaced the original text and changed it to CONOCO, ultimately forming the globally recognized logo that so many people know today.

Today, the company is known as ConocoPhillips a change that came after the 2002 Phillips Petroleum merger. 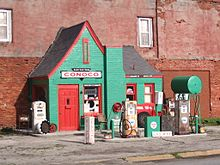 In 1955, Fort Worth Texas was the origin of a trade association for petroleum landmen. It is now known as the American Association of Professional Landmen.

This association has expanded its mission, but it started with a few simple goals. The association ensured that government regulations were being followed. They also used records to locate landowners, as well as negotiate deals and contracts.

The AAPL now has more than 15,000 members across the country and is a resource that supports the continuing education of landmen. The group also work with communities to increase opportunities in the oil industry and foster energy independence in America. 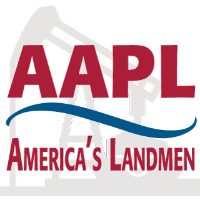