This Week in Oil and Gas History: April 3 – April 9

In North Dakota, Amerada Petroleum struck oil and discovered the infamous Williston Basin when they dug down two miles below the Clarence Iverson farm. The company had struggled for several weeks, efforting to drill through major snowstorms, when they finally made their discovery in early April.

This basin actually extended much further than expected. It sprawls into areas of South Dakota, Montana and even into Canada. Oil companies quickly made their way to these regions and in just two months, over 30 million acres of the basin were leased.

In March of 1951, this well had peaked at a 10,500-foot depth before a major snowstorm halted progress. Drilling began again on April 4th. When the operation did begin again, this well was then perforated at 11,630 and 11,640 feet. Historian James Key notes that this was the biggest discovery of a geologic basin in decades. The result was an entirely new industry for North Dakota.

According to a 2008 geological survey done in the U.S., it was estimated that the untapped oil and gas in the Williston Basin area may be nearly four million barrels and close to two trillion cubic feet, respectively. A 2013 estimate by the USGS claims that real figures could be double the previously guessed amounts. 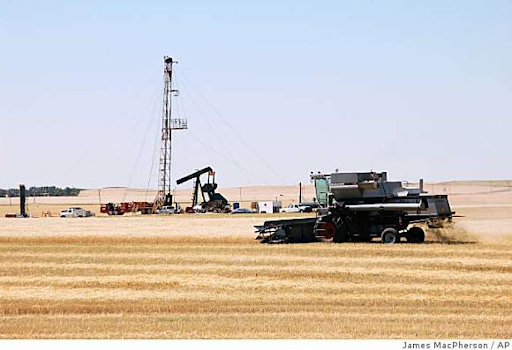 Years later in 1992, the Naval Petroleum Reserve in California produced its billionth oil barrel. This Elk Hills area reserve was under control of the Department of Energy until 1998, when it was privatized. The reserve created billions of dollars in profit, more than 17 billion for the United States Treasury.

Despite many companies being founded during the Spindletop boom, The Texas Company rose above and was one of the most successful in the petroleum industry at the time.

Arnold Schlaet and Joseph “Buckskin Joe” Cullinan started the company on April 7th, 1902 in Beaumont. The goal was to refine and transport oil in the area. They also built a facility in Port Arthur for refining kerosene.

Another well, named Fee No. 3 was discovered in January of 1903 in the Sour Lake Springs area. This was a huge factor in the company’s success, as it produced 5,000 barrels of oil each day.

The name “Texaco” could be seen on all of the companies products. This was taken from the telegraph address of the New York office. Soon after, in 1909, The Texas Company registered a red star featuring a green “T” as their first trademark. The Texas Company grew to be nationally recognizable in 1928. They spanned across 48 states with upwards of 4,000 gas stations. In 1959, the company officially dropped ‘The Texas Company” for the name “Texaco Inc.” 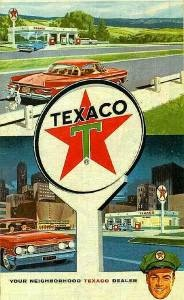 Robotic technology that was being used by the petroleum industry was first put to work retrieving a lost atomic bomb, before it went on to completely revolutionize the oil and gas industry. An underwater vehicle used attached cables to remove the weapon from the Mediterranean Sea at 2,850 feet. The bomb was originally lost in January after a B-52 crashed offshore near Spain.

According to Popular Science Magazine, “It was located and fished up by the most fabulous array of underwater machines ever assembled,” The petroleum industry continued to push forward and adopted deep-sea technology developed by the Navy at the time of the Cold War. 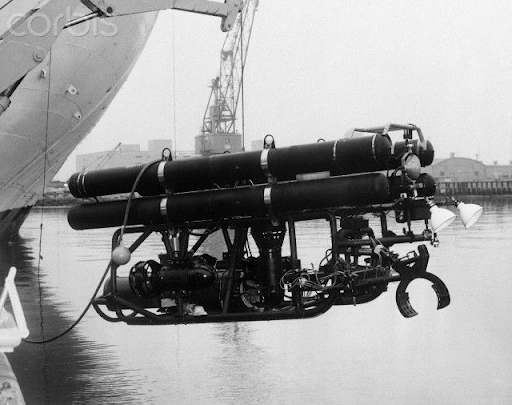 The original Pure Oil Company had been formed in Pittsburgh in 1895.  It was founded to challenge the dominance that Standard Oil Company had over the market at that time. It was only the second united oil company other than Standard. This company had its headquarters in a skyscraper in Chicago that was finished in 1926. At the time, it held a title as one of the 100 biggest industrial corporations in America. Later, in 1965 it was acquired by Union Oil Company of California, now known as a part of Chevron.

Ajax, Just Another Word for Excellence...