This Week in Oil and Gas History: August 7 – August 13

Even though the cartoon “Alley Oop” appeared for the first time in August 1933, the story behind this comic actually dates back much earlier. It all started with a 1926 oil discovery in the Permian Basin. A small Texas oil town would later be named the inspiration for artist of the comic, Victor Hamlin.

Iraan was first identified as a booming town in 1926 after the discovery of the productive Yates oilfield. The town’s name merged names of landowners Ira and Ann Yates. During the oil boom, in Permian Basin, Hamlin was as a cartographer for an oil company. He had a fascination with paleontology and geology which ultimately led to the development of his comic strip. 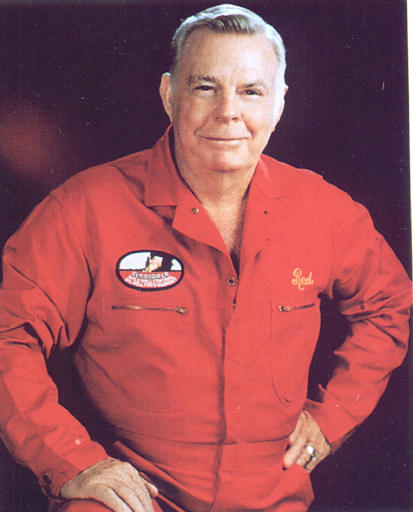 On August 7th, 2004, Paul “Red” Adair, a famed firefighter and well control expert passed away at age 89 in Texas. Adair, born in 1915,. Served on the bomb disposal unit for the U.S. Army during World War II. After his service, he worked for Myron Kinley, a pioneer in oilfield firefighting from California.

Adair established his own business, called the Red Adair Company in 1959. He created new technologies designed for “wild well” control. Over the years, his organization put out upwards of 2,000 well fires and blowouts all over the world.

The oilfield firefighter’s expertise was documented in the 1968 John Wayne film Hellfighters. These skills were put to the test in 1991 when Adair and his organization put out 117 oil well fires in Kuwait that were started by Saddam Hussein’s Iraqi Army. 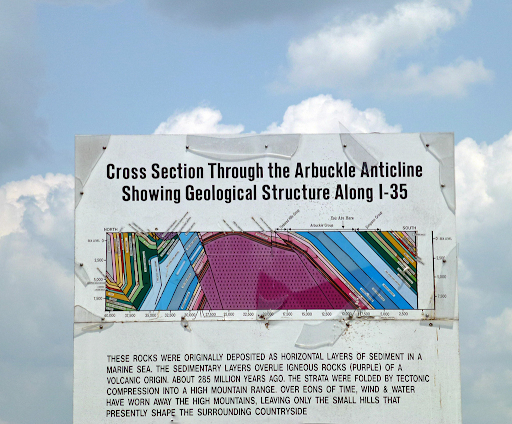 Dr. J.C. Karcher, a physicist from Oklahoma, pioneered research that led to the first reflection seismograph in the world.  In 1921, this geologic section was measured close to Ardmore.

According to the Oklahoma Historical Society, the state was the first location where this technique for oil exploration was used. The method records reflected seismic waves as they move through the earth, resulting in the location of productive oil formations.

The Arbuckle Mountains were selected for a pilot survey on this technique due to the number of exposed formations in this area. 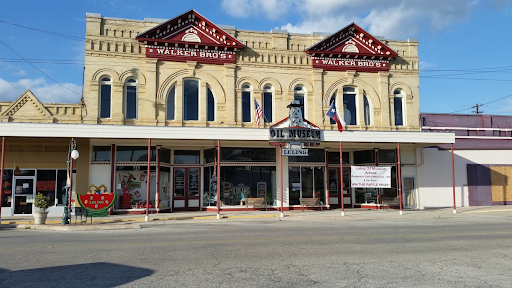 The United North and South Oil Company had a breakthrough with the Rafael Rios No. 1 Well close to Luling, Texas, thanks to insight from an unexpected source; a psychic by the name of Edgar Cayce.

This discovery came after they had just drilled six dry holes. In 1922, another oil field was uncovered. It was over 10 miles long and more than a mile wide. Two years later, the field had nearly 400 wells that produced oil, yielded more than 10 million barrels of oil.

This company was the first tap oil production in the area, thanks to president President Edgar B. Davis who locals claim was the one to contact the psychic.

Davis later sold his leases to the Magnolia Petroleum Company for more than $10 million. It was biggest oil deal in Texas to date. The psychic, Cayce, claimed that he had great success helping many wildcatters. However, he failed with his own oil company, only drilling dry holes. According to Reader’s Digest, Luling now has a yearly Roughneck BBQ and Chili Cook-Off to celebrate the discovery,  They are said to have the best ribs in the nation.

Howard Hughes Sr. of Texas made “fishtail” drill bits obsolete with his invention of the dual-cone roller bit. This patented design was made of two turning cones that could pulverize hard rocks, leading to deeper and faster drilling.

According to many historians, there were several people trying to improve drill bits at this time. Hughes and business partner Walter Sharp were the ones who found success. Months before receiving their patent in 1909, they founded the Sharp-Hughes Tool Company. They did this so that they could manufacture their bit.

The American Society of Mechanical Engineers noted that rather than scraping at rock, like the fishtail bit does, the Hughes bit adopted a different approach that instead burrowed in to the rock. On August 10th, 2009, 100 years after the initial discovery, the American Society of Mechanical Engineers named the invention a historic mechanical engineering landmark.

The ASME added that by chipping and powdering rock formations, the Hughes Two-Cone Drill Bit could reach a great depth and tap into reservoirs thousands of feet below surface level which would have a lasting impact on the oil industry.

In 1919, oil was discovered close to Pellville in Hancock County, Kentucky. This started an oil boom in the area. Historians also claim this state was home to the first commercial oil well in America. Oil was initially found here in 1829 while boring for salt brine on a farm close to Burkesville. 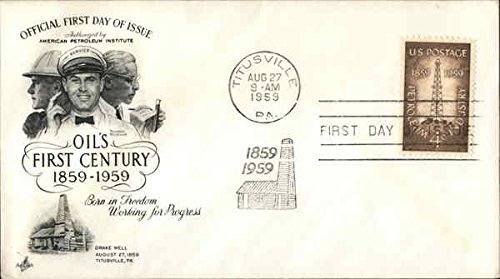 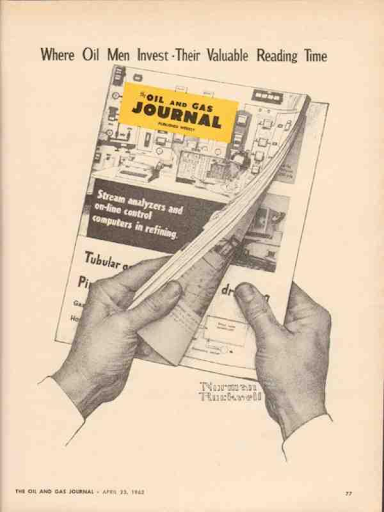 The Oil and Gas Journal used a now infamous drawing from artist Norman Rockwell to promote their publication in 1962.  It was called “Where Oil Men Invest Their Important Reading Time.” Rockwell’s depictions of American became popular in many magazines including Leslie’s Illustrated Weekly,  Saturday Evening Post and more.

Rockwell created artwork for the American Petroleum Institute in 1959. They sponsored a “first day of issue”  for the U.S. postal service celebrating the birth of the oil industry in the United States, which took place 100 years earlier.

According to a collector, Rockwell’s drawing incorporated the phrase “Oil’s First Century 1859-1959, Born in Freedom Working for Progress.” The illustration portrayed men of science and the extraction of crude oil and ended with a depiction of an attendant at a service station.