This Week in Oil and Gas History: December 12 – December 18 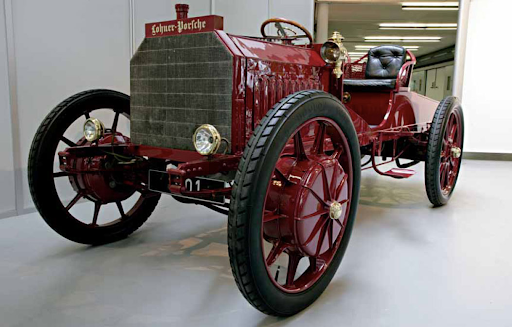 The large wheel hubs contain motors that are powered by an electrical generator run by a gas engine.

In 1902, as the petroleum exploration and drilling business was just getting started, there was still a lot of mystery surrounding just how much oil there would really be. Among fears that the supply was sharply limited and may run out, companies began inventing different types of alternative power sources for automobiles.

While steam, compressed air, and electricity were all explored, it was Ferdinand Porsche that introduced the first gas-electric car, using a four cylinder gas engine to generate electricity. The power was fed to motors in the wheel hubs which could drive the car up to 50 mph. Obviously, this was not only the birth of a new concept in modern mobiles, but the birth of the soon-to-be-world-famous Porsche brand.

In December of 1931, George Strake Sr. struck oil with the South Texas Development Company No. 1 Well, located just south of Conroe, Texas. Strake had leased a 8,500 acre field that would be producing over 60,000 barrels a day by the next year.

In 1933, the oilfield collapsed into a crater filled with burning oil. Relief wells were drilled by George Failing, which drew oil away from the sinkhole and extinguished the fires. Failing had developed a truck mounted drilling rig that allowed him to drill a dozen six hundred foot wells in just a few hours; which proved to be a very profitable move for all involved.

December 14, 1981 – Attempts To Use Dowsing And Prayer To Find Oil Fail 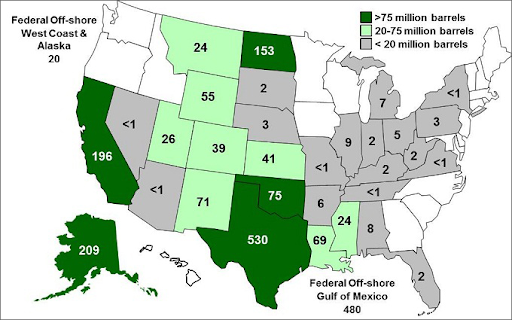 Minnesota is one of the few states with no petroleum production at all.

In 1981, while some states were struggling with their lack of petroleum production, the Minneapolis Tribune reported that some were locating oil by using the traditional divination method of dowsing.

The report stated that by using copper rods, those practicing the ancient prayer were able to find oil reserves near Ellsworth, Minnesota.

Despite a geological report that noted that it was unlikely Minnesota held any oil or gas reserves, nearly $200,000 dollars was raised for the drilling of a wildcat well. It was drilled down to 1,500 ft, but no petroleum of any sort was found. 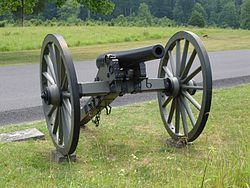 Cannons left over from the Civil War were used to fight oil field fires.

Lightning was a significant problem in oilfields in the early late 19th century as stray bolts of lightning we actually able to ignite oil tanks, causing serious fires. The technology for fighting oil fires was still in its infancy and there was little that could be done but allow the fire to burn itself out. With most oil tanks, it meant there was a great deal of oil to burn off making these strikes costly, dangerous and time consuming.

The solution was to poke a hole in the tank and allow the oil to run out, so the fire would burn itself out much more quickly. This could be done using cannons left over from the US Civil War. Cannons loaded with 3-inch balls were soon stationed throughout oil country, ready for use in case of an emergency. 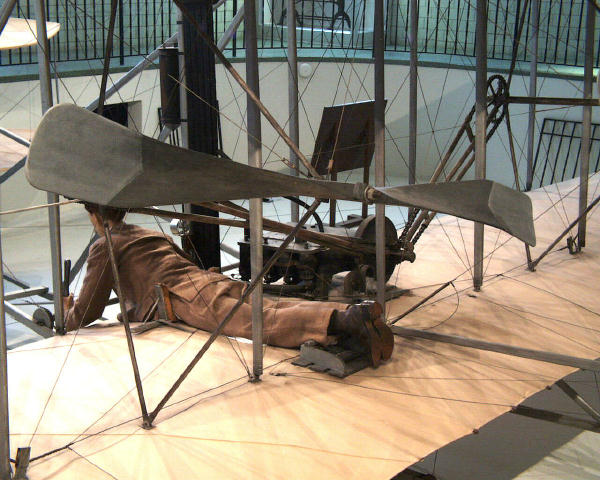 The original Wright Flyer used a homemade gas engine to power its original on December 17, 1903.

The Wright Flyer took to the skies on December 17th, 1903 and it became the first plane to be powered by a 12 horsepower gas engine. The engine was built by Charlie Taylor and used 50 octane gasoline intended for use in boat engines.

That’s not the only impact that gas had on the early days of the aviation industry. Natural gas also powered the Wright brothers’ workshop. A single cylinder engine was used to provide power to their lathe, a drill press and a simple wind tunnel used to test their designs.

In 1910, a gushing oil well was discovered in Clay County, Texas. The oil boom that followed saw the founding of Petrolia, Texas, named after another oil boom town in Pennsylvania. The Dorthulia Dunn No. 1 produced hundreds of barrels of oil a day, with the oil field producing 500,000 barrels in 1914 alone during its production peaked. Eventually, other oil field discoveries would surpass Petrolia as production fell.

However, helium was also found in a reserve of natural gas in Petrolia. This pushed the government to build the first helium extraction plant in the US in the Texas town. That plant was the only source for helium in the country for several years, keeping Petrolia on the map even when other oil boom towns had collapsed. 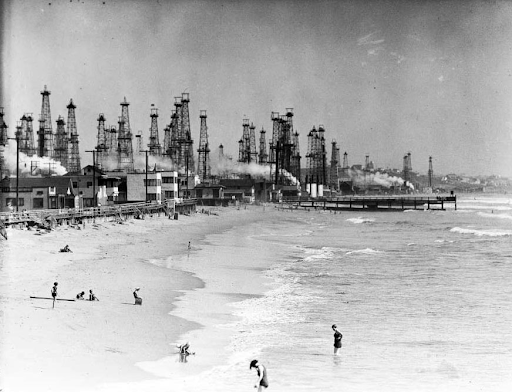 While oil is still produced in southern California, the wells are usually disguised to make them less obtrusive. That wasn’t always the case, as dozens of oil derricks once loomed over Venice Beach.

The oil boom came to beachfront Venice, CA when a wildcat well was drilled by the Ohio Oil Company in this little town outside of Los Angeles. The company had obtained permission to drill within the city limits, just a couple blocks from the beach. The well produced several thousand barrels of oil a day, proving that there was a substantial reserve under Venice, California.

Oil is still produced from the area today, though the wells are hidden behind facades to make them less obvious. However, it wasn’t always this way. As late as the 1960’s there were still oil derricks throughout the city, which many thought took away from the charm of this waterfront community.

Ohio Oil Company was bought by Standard Oil and remained part of that company until it was broken up by court order in 1911. In 1930, Ohio bought the Transcontinental Oil Company creating the Marathon brand. Today, the company is known as Marathon Oil.