This Week in Oil and Gas History: December 19 – December 25 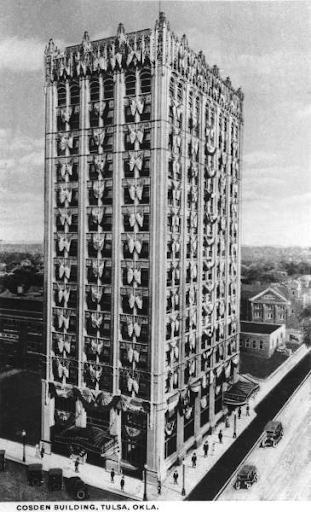 The Cosden Building, now known as the Mid-Continent Building, was Tulsa, Oklahoma’s first skyscraper. It is listed on the National Register of Historic Places.

Oklahoma’s Prince of Petroleum, Joshua Cosden Sr, opened a brand-new refinery in Tulsa, OK in 1913. The massive building, which was the city’s first skyscraper, could produce up to 30,000 barrels a day. It was one of the largest refineries every opened in the United States, and is still in operation today.

Cosden would use the success of his two refineries to incorporate Cosden and Company, which would go on to organize the Cosden Pipeline Company and the Cosden Oil and Gas Company. His business ventures were successful enough to earn him a fortune of over $50 million, which he would go on to spend lavishly.

In the 1920s, he lost all of his money and his companies were bought by the Mid-Continent Petroleum Company. Undaunted, Cosden relocated to Texas and made a second fortune drilling wells. Unfortunately for Cosden, it seemed as though history would repeat itself as this second fortune was wiped out in the Great Depression. 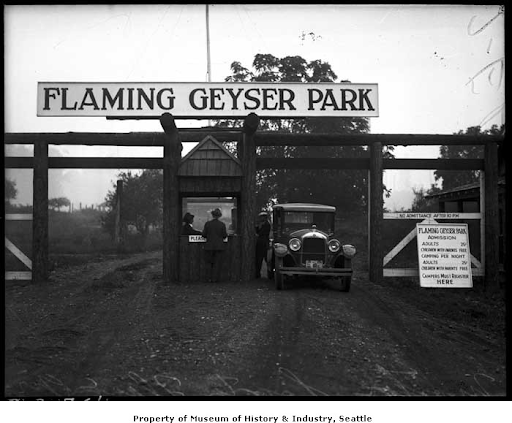 Flaming Geyser Park, located south of Seattle, Washington, is named for a flame that was fueled by a pocket of natural gas 1,000 ft below the surface. When the exploratory well first hit the pocket, it sent a geyser of flame 25 ft in the air. The gas has since been exhausted and the flame no longer burns.

On December 20th, 1951, the Hawksworth Gas and Oil Development Company found a minor deposit of petroleum and natural gas in Washington State. The Tom Hawksworth State No. 4 Well would produce only 35 barrels a day and was abandoned as not having commercial potential. This would only mark a future of letdowns for the state of Washington and the many companies looking to find their fortune in the area.

Well No. 4 would be reopened by the Sunshine Mining Company 16 years later. The company deepened it, but production did not improve and it was shut in once more.

The only commercial well in Washington was located only a few hundred yards away from the Tom Hawksworth No. 4 Well. That well was also completed by the Sunshine Mining Company, in 1959. However, it too would close only two years later.

Several hundred wells were drilled around the state and exploration efforts continued well into the 21st century. However, no other significant deposits have been found and it’s unlikely that there is much petroleum located in the state. 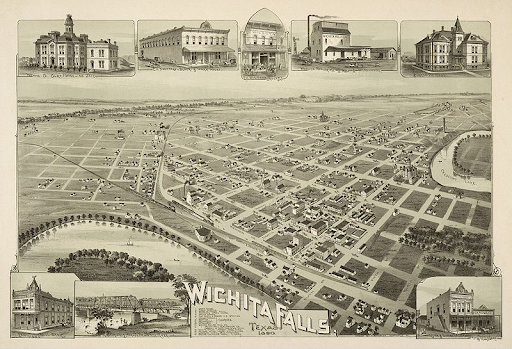 Thaddeus Fowler would produce hundreds of panoramic views of different cities, from New Jersey to Texas. Though he worked all over the country, he is best known for producing views of oil towns in Pennsylvania.

On December 21, 1842, Thaddeus Mortimer Fowler was born and would eventually go on to be one of the most notable oil town artists in the country. Generally credited as T.M. Fowler, in the art world, this artist and cartographer is well known for producing birds’ eye view maps of cities across the country. He was one of the more prolific of the artist to produce these views, which were popular toward the end of the 19th century and beginning of the 20th century.

Though he would produce renderings of many cities, including Trenton, New Jersey; Sisterville, West Virginia; and Wichita Falls, Texas; he was best known for producing views of oil boom towns in Pennsylvania. For a small fee, the artist would include inset views of homes and businesses. 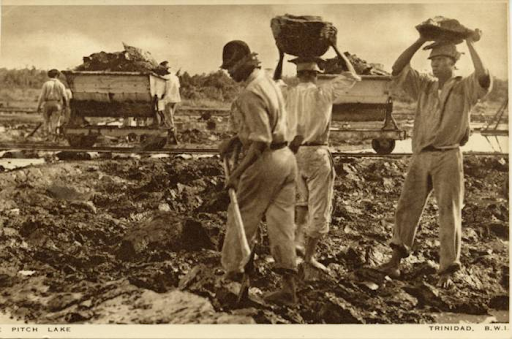 Trinidadian bitumen, or natural asphalt, is sourced from Pitch Lake. It was a source of asphalt, used for paving in England and North America. Today, it is a tourist attraction.

In 1875, Pennsylvania Avenue, the main street through Washington D.C., was paved with asphalt. It was one of the first and one of the biggest projects of its type. The project marked a major milestone in the development of the nation’s capital and it came just four years after the city attempted to pave the main throughway with wooden blocks–a feat that would prove to be problematic.

President Ulysses S Grant made the decision to have the street paved with bitumen, naturally sourced asphalt. The project took two years to fully complete and covered over 50,000 acres in asphalt.

The bitumen paving lasted about a decade. In 1907, the avenue is repaved again with higher quality asphalt distilled from petroleum sourced from within the U.S.. In the 21st century, over 2.5 million miles of roads are now paved in this way. 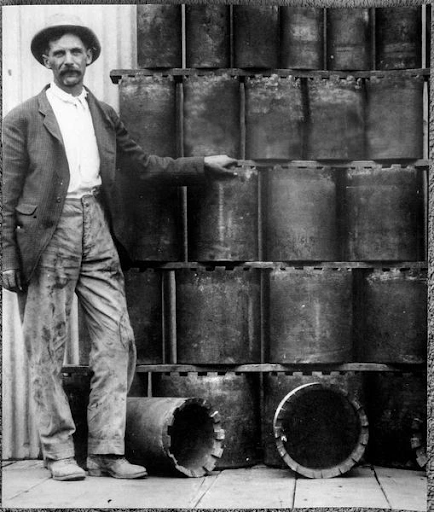 R.C. Baker stands with a stack of casing shoes of his own design.

In 1903, the owner of Coalinga Oil Company, Reuben Carlton Baker, invented and patented a new type of cable-tool drill that would change the drilling industry forever.

The bit addressed a problem Baker faced while drilling in Coalinga County, California. The great deal of hard rock in the area made fitting casing downhole difficult and the drill-bit Baker developed allowed the drilling of a hole larger than the casing.

Baker became an active member of the Coalinga community, helping to found a bank, power company and a few other oil companies. Baker also went on to create the Baker Tool Company to manufacture and sell many improvements he had made for drilling equipment.

Without much formal education (never having progressed past third grade), Baker built a successful business and patented a number of inventions. The Baker Tool Company still exists today and since 1987 has been operating under the name Baker Hughes International. 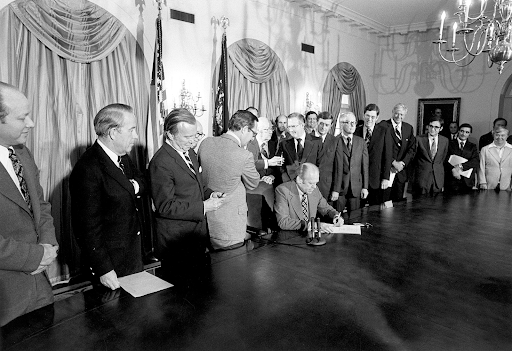 On December 22nd, 1975, President Ford signed the Energy Policy and Conservation Act into law; a law that still has a major impact on our country and the oil and gas industry today. As part of that law, a reserve of petroleum was put aside to help prevent oil and gas crises like that which arose after OPEC placed an embargo on oil exports to the United States.

Today, there are almost 700 million barrels of petroleum set aside, the largest stockpile of oil owned by a government in the world. It is stored along the Gulf Coast in Texas and Louisiana.

The act, which created the reserve, also set fuel economy standards for automobiles and gave the Department of Energy authority to set standards on appliances and consumer goods for energy conservation.