This Week in Oil and Gas History: February 27 – March 5

Every week is filled with petroleum facts. Some only pertain to the time it happened. Others have affected us for generations. Here are a few which took place between February 27th to March 5th. 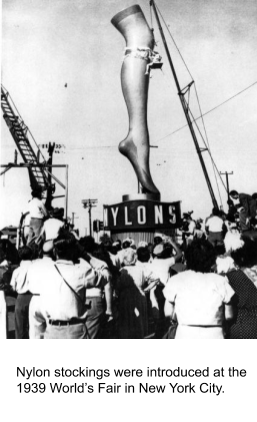 On February 24th, 1938, the first toothbrush made with Nylon bristles was sold. This wouldn’t have happened if not for the creation of the synthetic polymer approximately three years before. This is all thanks to Wallace Hume Carothers. Originally an accountant, Wallace decided to embark on a career in chemistry. In 1924, while working on his study of polymers, DuPont Laboratories hired him to create a man-made fiber.

After many attempts, Carothers became frustrated. It wasn’t until a colleague recommended using amines, rather than glycols, to produce polyamides that his experiments turned the corner. A year later, Nylon began to be sold commercially. At the 1939 World’s Fair in New York City, there was even a large Nylon-stocking foot display to honor the creation, and the massive statue drew a great deal of attention.

A few years later, the fiber was a major equipment component utilized during World War II. 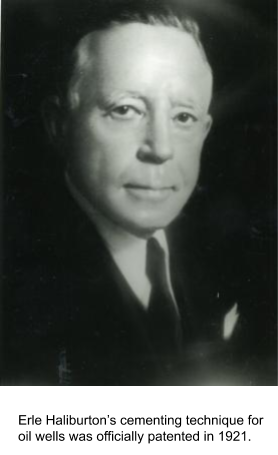 Though many in the 21st century know the name Halliburton from scandals during the George W. Bush presidency, its roots go back nearly a century. In fact, it was the technological leader in extracting oil from under the Earth’s surface in the early 1900s; cementing its oil field wells as early as 1919.

In 1921, the process, invented by Erle P. Halliburton, was officially patented. Before the company bore his name, Haliburton titled it the New Method Oil Well Cementing Company.

This cementing technique helped to decrease the amount of abandoned wells from excess water by isolating the various down-hole zones. This protected the interior of the well from collapse and the exterior from oil leaks.

March 2, 1922 — A One Million Dollar Oil Lease for the Osage Nation 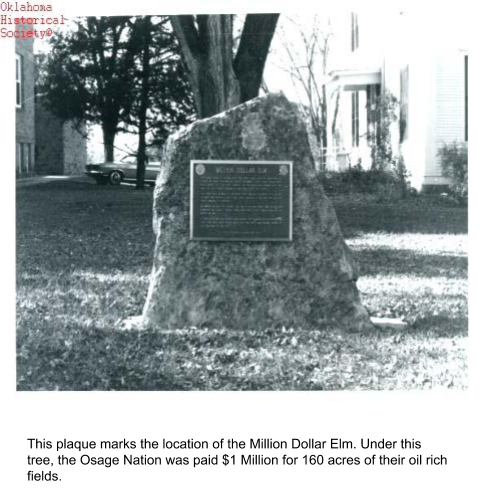 160 acres. This is how much oil-rich land the Osage Nation decided to auction off to the highest bidder in the late winter of 1922. And their efforts more than paid off. Utilizing the auctioneering powers of Colonel Elmer Ellsworth Walters, The Oklahoma-based tribe was able to collect $1 million dollars for the parcel.

The auction took place in what is now called the Million Dollar Elm. Colonel Walters, who became the official auctioneer for the Osage Nation in 1916, spent several hours underneath the elm in order to win the $1 million bid jointly paid by Skelly Oil and Phillips Petroleum Company. When all the papers were signed, the sale of this land became the first million dollar mineral lease in history. Impressed with Colonel Walter’s ability to maximize their profits, the Osage Nation presented him with a medal to thank him for his contributions. 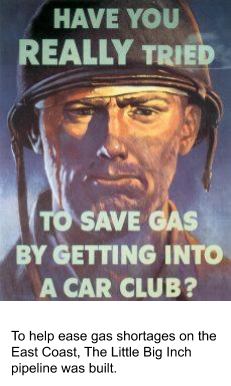 World War II was a time of loss and sacrifice but also a time of invention out of sheer need. This included a need to be able to deliver needed fuel to the East Coast, something they had been sort of since German U-boats began attacking tankers at the start 1942.

Enter “Little Big Inch.” Requested by Secretary of the Interior, Harold Ickes, as early as 1940, this 12-inch pipeline delivered refined fuel from the Eastern Texas coastal cities of Houston and Beaumont to Linden Station, New Jersey only a few months before D-Day. The pipeline’s big brother, “Big Inch” delivered crude oil through a 20-inch pipeline. Between the opening of these two pipelines and the end of the war, 350 million barrels of crude oil and refined product were delivered to the East Coast. 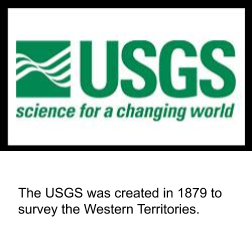 Currently, the United States Geological Survey (USGS), an agency within the Department of the Interior, has over 10,000 employees and a budget of $1 billion. Back when then-President Rutherford B. Hayes signed it into law to survey the territories of the United States.

At the time, the USGS was designated to classify public lands, examine geological structures, review mineral resources and determine the products of the national domain of those Western territories. Many of the agency’s discoveries resulted in the discovery of oil and other valuable minerals. Today, the USGS provides a wealth of scientific data on more than just the geology of America. Its current role is to review and try to come up with solutions to natural hazards which threaten lives and natural resources we rely on for our environment. 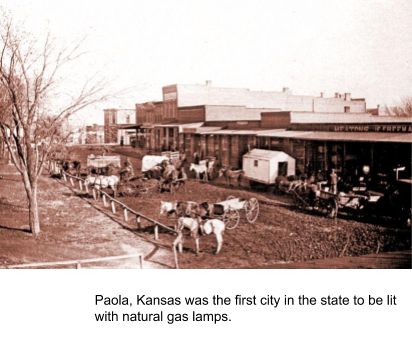 Remember the name Paola. This small Kansas city and current seat of Miami County became something much more important in March of 1886. It turned out to be the very first town in Kansas to be lit up at night by natural gas.

This historic moment was thanks to a natural gas discovery in 1882 when the Kansas Oil and Mining Company was discovered through borings on land seven miles east of town. According to Miami County historical records, the deposit could light a city of one million people. Once the first lamps where light in 1886, the city council asked to purchase 50 more at $8.75 per unit. A year later, the city held a Natural Gas Jubilee to celebrate the continued flow of the natural power supply. 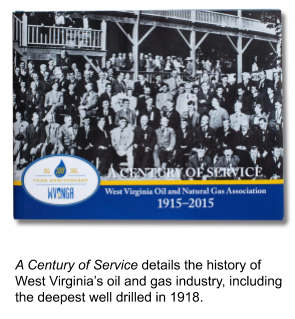 If you look at the current records of the West Virginia Geological & Economic Survey, you’ll see a number of wells of numerous depths. The deepest reached over 20,000 feet. In 1918, an oil well on the Martha Goff Farm in Harrison, West Virginia, was deemed the deepest in the world.

According to the book A Century of Service, which details the history of West Virginia’s oil and gas industry, the well was 7,386 feet deep, which beat one previously dug in Germany. The Martha Goff Well would hold its title until 1919 when a well in Marion County beat the standing record. 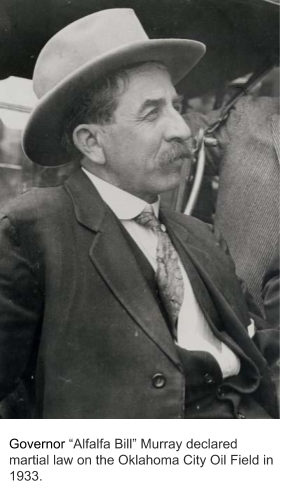 Back in 1928, the Oklahoma City Oil Field produced most of the state’s crude oil. Because it was discovered within city limits, it posed numerous issues when it came to the amount of production and location of wells. Between 1929 and 1930, Oklahoma City Council halted drilling several times and restricted it to only certain locations in the city. This resulted in numerous violations, and frankly, a great deal of chaos.

Enter Governor William H. “Alfalfa Bill” Murray. On March 4, 1933, Governor Murray declared martial law on the oil field for a period of ten days. This allowed the situation to calm down and gave the state government time to put together set of regulations to allow for drilling without overusing the area.

This Week in Oil and Gas History: December 12 - December 18