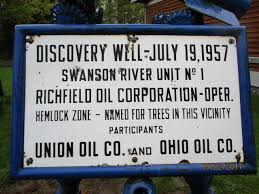 While oil production was already happening in the area when the first commercial oilfield in Alaska was discovered in July of 1957. This occurred two years before the territory officially became a state.

This discovery well was called Swanson River Unit No. 1 and was completed by Richfield Oil. The well, which was located near the Cook Inlet Basin produced 900 BOPD at just over 11,200 feet. The company had leased over 70,000 acres on the Kenai National Moose Range in an area that is no part of the Kenai National Wildlife Refuge.

Additional discoveries followed the founding of Swanson River Unit No 1, and by 1962, over 50 wells were producing upwards of 20,000 BOPD.

While the Permian Basin would go down in history as one of the biggest oil fields in history, its full potential wasn’t realized until 1920. In July of this year, oil was found at about 2,800 feet in a West Texas Well named The W.H. Abrams No. The well was named for William Abrams who owned the land and leased rights to Texaco, then known as the Texas Company.

The well was “shot” with nitroglycerin and drillers not only found oil but the actual Permian Basin, which ended up being 300 miles long and 250 miles wide. Production depth ranged from a couple hundred feet up to 5 miles.

According to historians, a crowd close to 2,000 watched the eruption. Smoke, water, gas and oil shot from the well and close to the end of the derrick.

In 1840, two decades before the discovery, this land sold for 10 cents per acre. In 1888, it was five dollars an acre. In 1940, it would bring in close to $100,000 an acre. This influx of money not only marked the beginning of an oil rush in the area, but created better social conditions in the surrounding communities.

In 1923, another discovery took place in West Texas close to Big Lake. The result was an even bigger oil boom that funded the establishment of the University of Texas.

According to information from Energy Information Administration, in Fall 2016, the oil produced from five 5 Permian Basin counties averaged 882,000 BOPD. This accounted for upwards of 40% of basin oil production averaging around 2.1 million BOPD. 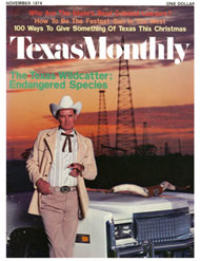 In 1935, Glenn H. McCarthy found oil 50 miles from Houston in a discovery that officially extended the successful Anahuac Field. But it didn’t stop there for this independent producer. Ten years later, McCarthy built Houston’s famous Shamrock Hotel, with its famous Emerald Room, which would host celebrities such as Frank Sinatra and Dorthoy Lamour.

McCarthy went on to discover 11 oilfields in Texas by 1945. He was nicknamed “Diamond Glenn” and “King of the Wildcatters.” By 1950, it was estimated that he was worth $200 million dollars.

McCarthy would become involved in many other ventures beyond the McCarthy Oil and Gas Company; he went on to own newspapers, two banks, a radio station, a chemical company and the Shell Building.

He invested over $20 million dollars when building the Shamrock Hotel alone. The 1949 opening day event, cost $1 million dollars, in what the media later named as the biggest party in Houston. 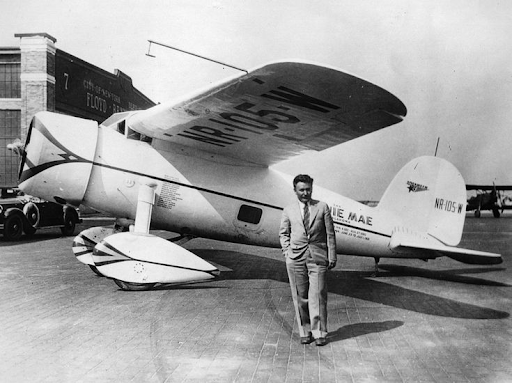 An achievement by Oklahoma’s Wiley Post made aviation history in 1933 when the pilot landed a Lockheed Vega named “Winnie May” in front of an audience of 50,000 people in New York City. He was the first man to complete a flight around the world alone.

Post first worked in the Walters, Oklahoma oilfields. In 1919, he took his first plane ride and by the 1920s, he took a break from the oil industry to be a parachute jumper in “Burrell Tibbs Flying Circus.” Later, a circus pilot gave Post flying lessons.

He returned to the oilfields in 1926. On his first day back he was working on a site close to Seminole and suffered an injury, losing sight in his left eye. Using the compensation he received for the damage to his eye, he bought an airplane, launching his career in aviation.

Post formed a friendship with Frank Phillips of Phillips Petroleum Company. Phillips acted as a sponsor for Post’s experimental flights. The company actually produced aviation fuel prior to producing gas.

July 23rd, 1951 – The Association of Desk and Derrick Clubs Formed

In 1951, The Association of Desk and Derrick Clubs of North America (ADDC) was formed. The purpose was to promote oil industry education throughout the U.S. and Canada.

The presidents of four chapters founded prior to this signed articles of association for this new club. These presidents represented the Jackson, Houston, New Orleans and Los Angeles clubs. There were close to 800 women in these clubs combined, most working as secretaries for natural gas companies. The association promoted two missions: to support professional development for people involved in the petroleum industry and to educate the public.

In 1952, the ADDC published their first newsletter, The Oil and Gas Journal. In 1987, the name was changed to The Desk and Derrick Journal. Today, there are 51 clubs and upwards of 2,500 total members in the ADDC.