In 1879, Orville P. Taylor set out on a mission to prove that there was oil beneath the surface of Allegany County, New York. Though many doubted his efforts, Taylor found oil in what would go on to be one of the highest-producing sections in New York State.

The Triangle No. 1 was the first oil well to be used in commercial production in New York and it still is producing today. As for Taylor, he went on to earn a prominent place in the oil industry’s history and the nickname of “the Father of Allegany Oil.”

The globally recognized name Phillips Petroleum got its start over a century ago when Lee Eldas (L.E.) and Frank Phillips founded the original Phillips Company. America was just entering into WWI and the price of oil had just climbed to over a dollar per barrel.

In 1927, the Phillips Petroleum company started selling gas in Kansas. The Wichita service station was the first of 10,000 to open across America.

The company made more significant advancements in petrochemicals as the years passed. Chemists that worked for Phillips were granted thousands of patents. One of the most notable was for a high-density polyethylene, Markex, in 1954.

The first company to buy this new plastic was the Wham-O toy company. Phillips’ aviation fuel also held a critical role in WWII and during this time the Phillips’ 66 gasoline brand became wildly popular across the United States.

In 2002, Conoco and Phillips Petroleum merged. The name of the new company became ConocoPhillips. In 2007, the Phillips Petroleum Company Museum official opened its doors in Bartlesville, paying homage to all of the great accomplishments of the company over the decades.

In late 1927, the Midwest Refining Company found oil in New Mexico for the very first time and uncovered the extremely rich Hobbs Oil Field. Using a cable-tool rig, they began drilling the Midwest State No. 1. The New Mexico Bureau of Mines & Mineral Resources called the well the most important discovery of oil in the history of New Mexico.

The drilling of this well took much longer than expected, due in part  to a disaster at 1,500 feet when a wooden derrick was destroyed by an engine house fire. Despite this, drillers did not give up on their efforts to find oil.

The Hobbs Oilfield and its impressive productivity garnered attention from investors from all over the country. This transformed Hobbs from a quiet community into one of the fastest growing towns in America. 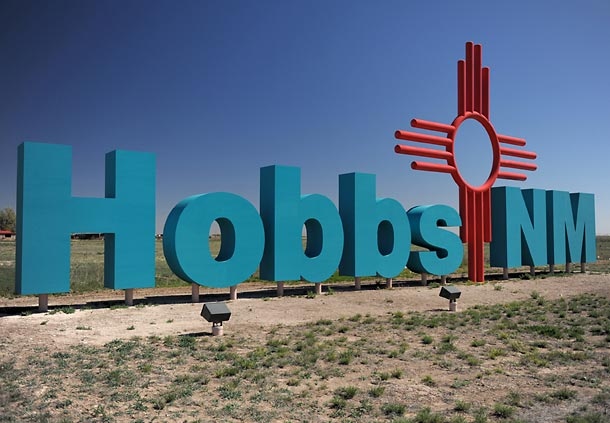 The first daily newspaper for the oil region in Pennsylvania hit the press on June 14th, 1865, when Henry and William Bloss created the very first issue. At the time, the paper was a four-page broadsheet called the Titusville Morning Herald and it circulated 300 copies per day in its infancy.

A story in the first issue included a report about John Wilkes Booth, detailing information about the territory that he purchased in 1864. The lead story reported that the Homestead Well which Booth was interested in was destroyed by a fire the day he assassinated President Lincoln. The Titusville Herald is still in publication now, with a total circulation of over 4,000 copies daily. 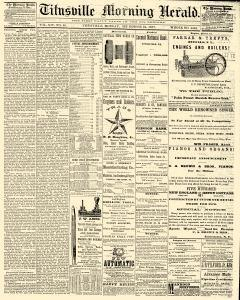 In 1954, Mr. Charlie, an offshore drilling platform left the shipyard for the very first time and was put to work by Shell in a new East Bay oilfield near the Mississippi River.

This submersible, movable drilling barge was the first of its kind. It was proposed by Alden LaBorde, a marine superintendent working for Kerr-McGee in the city of Morgan City, Louisiana.

Kerr-McGee was a leader in offshore technology after WWII. While they were responsible for drilling the first well not in sight of land, they didn’t take on LaBorde’s idea. Luckily, Laborde got support from Charles Murphy Jr., a veteran oilman who backed the project and named it after his father, Charles Murphy, Sr.

LaBored would go on to form the Ocean Drilling & Exploration Company, partnering with the J. Ray McDermott Company to construct Mr. Charlie. Upon completion, the barge was 14 feet deep, 85 feet wide and 220 feet long to support the platform. The platform stood 60 over the barge.

As the first, the MODU (Mobile Offshore Drilling Unit) Mr. Charlie launched many new offshore technologies. It was described to be an independent island, close to self-sufficient with a crew of almost 60. Hundreds of oil wells were drilled by Mr. Charlie in the Gulf of Mexico over the next three decades, until it was retired in 1986. Now, Mr. Charlie can be found in Morgan City, Louisiana at the International Petroleum Museum and Exposition. 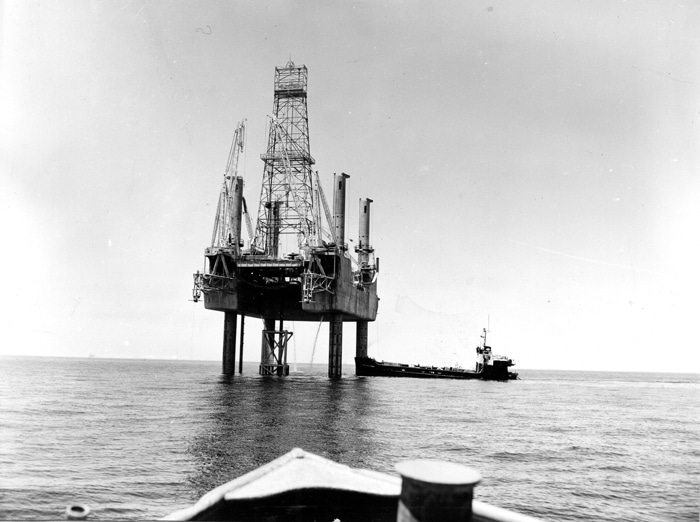 In 1889, a subsidiary in Indiana was incorporated into Standard Oil Company of New Jersey launching a new era of oil processing in the region. Located close to Chicago, in Whiting, Indiana, Standard Oil of Indiana opened Whiting refinery, which quickly grew into the largest in the country in just five years.

The refinery first produced kerosene for lighting, wax for candles and axle grease used on industrial machinery.  In 1911, after John D. Rockefeller was ordered to break up oil holdings, Standard Oil of Indiana became an independent company. In the 1950s, they started opening Amoco service stations. In 1998, BP and Amoco merged. It was the largest takeover of a U.S. company by a foreign company at the time. 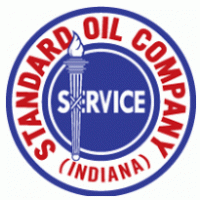 In 1946, President Harry Truman created the National Petroleum Council, a committee was designed to advise Truman specifically about natural gas and oil issues.

Truman was impressed by the contributions made by industry and government cooperation and by the success of WWII’s petroleum program–and wanted to make sure he had an informed governing body on decisions related to the industry.

Today, the Secretary of Energy appoints 200 members to the council. Members of the council are not paid and serve as representatives of the industry, not their companies.