June 28th, 1967 – Smithsonian Museum and The Hall of Petroleum

In 1967, a new attraction opened at the Smithsonian Institution’s Museum of History and Technology. The Hall of Petroleum originally included pumping units, rotary and cable tool rigs, and other industry technology. These exhibits are no longer on display today.

Instead of the original exhibits, the new addition greeted visitors with a massive mural that was 13 by 56 feet in size. It was painted by an artist from Tulsa named Delbert Jackson.

It took two years for Jackson to finish the mural, which includes scenes of oil exploration, transportation and production. The project, titled “Panorama of Petroleum” was a map of the hall’s exhibits, eventually the museum would be renamed the National Museum of American History.

According to museum curator, Philip W. Bishop, the main exhibits showcased the best technical advice and gave the public information about the process of locating oil and producing it.

Bishop added that the goal was to increase knowledge on the technical skills required of those in the oil and gas industry. When the hall closed, the painting was placed in storage. It stayed there until it went on display three decades later in Tulsa International Airport.

In 1956, the Federal-Aid Highway Act was passed by President Dwight D. Eisenhower who spent a great deal of time pushing for the act to be a success. The act provided 90 percent of funding for defense and interstate highways.

The act was stated, in part, to help develop roads and highways that provided the potential need to escape cities during nuclear attacks. This act authorized a budget of $25 billion to be spent on these interstate systems.

Historians would go on to state that this was Eisenhower’s favorite domestic program from his presidency. 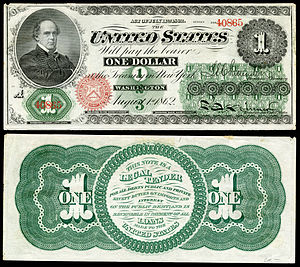 In 1864, for the first time in history, America’s federal government began taxing oil at a rate of one dollar per barrel on oil produced in Pennsylvania oilfields.

A couple of years before this, Treasury Secretary Salmon Chase pushed for taxes on oil raising prices to $10.50 a barrel for refined oil products and $6.30 per barrel for crude oil. This revenue was needed to provide financial support for the Civil War.

Oil producers protested this tax so much that they sent representatives to Washington and ultimately negotiated the tax to be only one dollar per barrel. 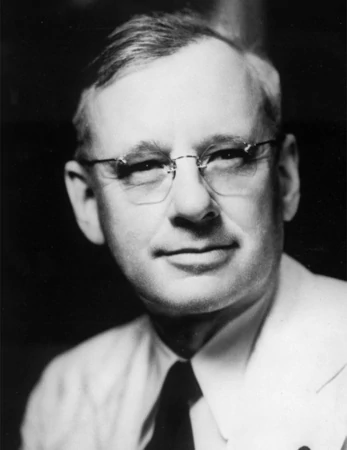 The co-founder of Kerr-McGee Oil Company, Robert S. Kerr was another notable member. He served as president of this division between 1935 and 1941. He would become Oklahoma’s governor and later, a senator. 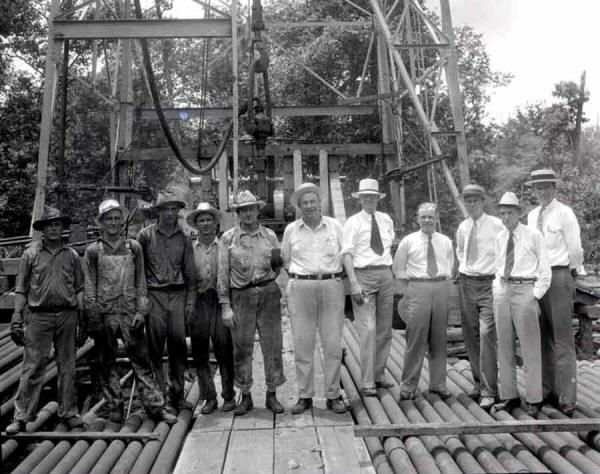 In 1844, fur trappers from France established the small town of Smackover, Arkansas. By 1922, the population was only 90 people until one wildcat well in the community started producing oil.

This well was discovered by sawmill owner Sidney Umsted who drilled down nearly 2,000 feet before hitting oil. The well ultimately unveiled a 25,000-acre oil field. In the next six months, over 1,000 thousand wells would be drilled in the area.

However, what was most impressive is that these wells had an unprecedented 92% success rate. The town gained national attention and the population flourished to reach over 25,000 residents.

The first well to produce commercial amounts of oil in Arkansas was found 18 months before this wildcat well. Busey-Armstrong No. 1 lead to the discovery of El Dorado oilfield, ultimately launching H.L. Hunt’s career.

Today, a full overview of the state’s detailed oil history is on display at the Arkansas Museum of Natural Resources.

Texaco, then known as The Texas Company located commercial amounts of oil close to Salem, Illinois within Marion County, in an area that was originally suspected to be dry. By 1939, this field ranked 7th in the United States for daily oil production.

In just 12 months, this field produced over 20 million barrels of oil and eventually leading to the production of natural gas in the state in 1953. “Drift gas” or marsh was eventually found in water wells close to Champagne, Illinois.

In 1910, President William Howard Taft set up Naval Petroleum Reserves to help meet the growing oil demands from the Navy.

In a note to Congress, Taft addressed his action. The government was concerned of raising oil needs and was interested in promoting logical development and ensuring the longest life for oil supplies.

In 1912, the last American battleship with coal-fired boilers was launched and named U.S.S. Texas. In 1926, the ship went under a major renovation to include oil-fired boilers.

In 1913, General Electric had a breakthrough when they created the first commercial internal combustion gasoline engine train in America. The major innovation would ultimately bring about the end of steam-powered locomotives.

Two G.E. 175-horsepower gas engines drove two current generators with 600 volts. Combined, this sent the massive fifty-seven-ton train to a maximum speed of more than 50 MPH. The locomotive was purchased for almost $35,000 by The Electric Line of Minnesota Company.

The hybrid would be named Dan Patch to honor the “World’s Champion Harness Horse.” In 1918, the gas-electric system was taken out, and the train became a streetcar. In 1930, the 600 horsepower engines combined with generators from G.E. launched modern travel with the introduction of “streamliners.”