In 1932, the Revenue Act marked the first time gasoline sales were taxed in the United States. In 1919, Oregon became the first state to tax gasoline at 1 cent per gallon. And while New Mexico, Colorado and other states began taxing gasoline soon after, this was the first time the federal government taxed gas.

At first the tax was just 1 cent per gallon, but by 1993, it had risen to 18.4 cents per gallon of gas. Fortunately for today’s consumers, that tax is still the same today and is one of the few taxes that isn’t indexed to inflation (which has grown nearly 70% since 1993).

These taxes are put to good use in the country, with about 60 percent of federal gas tax used for highway and bridge construction around the country.

One June 6th, 1995 along 50 miles of French coastline, the D-Day invasion of Normandy Beach began. While the day would go down in infamy for the numerous casualties associate with the battle, D-Day also played host to two secret engineering operations.

In order to supply the beaches, artificial harbors had to be constructed and pipelines were laid over the English Channel. These harbors were codenamed “Mulberrys,” and they were design after similar offshore rigs seen today. Barges with retractable pylons were used to provide platforms and support the causeways.

The mission, known as Operation PLUTO (Pipe Line Under The Ocean) was executed to fuel advancement into Nazi Germany. Pipelines were wound to large floating “conundrums” and would reel off as they were towed.

This was a significant challenge in engineering, according to Gen. Dwight Eisenhower. In terms of difficulty, it was almost as challenging as building the Mulberry Harbors, but it opened up gateways for new advancements in pipeline construction to come.

An oil embargo started just one day after the start of a six-day war in the Middle East, marking one of the first attempted embargos of its kind.

Libya, Iraq, Algeria, Kuwait and Saudi Arabia agreed to stop supplying oil to any country allied with Israel, including West Germany, Great Britain, and the United States. However, this embargo wasn’t successful and was relatively short-lived. It ended just two months later as a result of increased oil production in the U.S. and an overall lack of enforcement.

In 1973, a similar embargo was attempted and unfortunately for all involved, it proved to be far more disruptive than its predecessor.

J. Paul Getty, famed oil tycoon, passed away on June 6th, 1976 at his estate near London. He was worth an estimated four billion dollars at the time.

Getty made his first million in the oil industry by 23 years old. This came after he inherited his father’s wealth from Tulsa, Oklahoma’s Oil Company. Getty explained to the New York Times that he started in the industry in 1914. He began buying leases in the“red-beds” area of Oklahoma, in a move that would bring unprecedented new industry to the area.

It was thought to be impossible to find oil in this red dirt area. That misconception allowed Getty and his father to get many leases for a small amount of money. These leases went on to be extremely profitable for both men.

After World War II ended, Getty purchased oil rights in Saudi Arabia, despite being advised not to. This choice made him the wealthiest man in the world. The J. Paul Getty Museum was later established in Los Angeles to celebrate his different milestones in the industry.

Getty left more than $660 million to the museum when he died.

When a  contractor was hired by the city of Corsicana, Texas to drill a water well in 1894, he had no idea what was really hidden beneath the surface. When he stuck oil on 12th Street, this unsuspecting contractor uncovered one of the first significant oil fields in Texas.

Even though the well attracted thousands of people and brought great wealth, the contractor was only paid half of his $1,000 rate. This was because he was hired to drill a water well. The oil well, drilled using cable tools, produced only 2.5 BOPD at 1,035 feet.

While the contractor may not have walked away with a great deal of money, his accidental discover still launched a very profitable oil industry in Texas and marked the first boom for the Lone Star State. 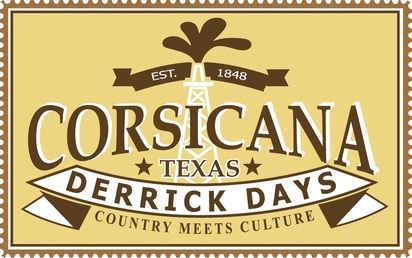 Rembrandt Peale impressed civic leaders in Baltimore in 1816 when he successfully illuminated a room in the Holliday Street Museum with manufactured gas. This gas was distilled from wood, coal or tar. Peale’s display amazed patrons of the museum by immersing them in ‘gems of light’.

Soon after, Baltimore’s city council approved a plan to light the main streets. To support this, Peal and other investors established the Gas Light Company of Baltimore. One historian proclaimed that it was the leading gas company in the new world.

The museum was the first public building in the United States to utilize gas lighting. In 1855, the Gas Light Company of Baltimore opened a manufacturing plant to refine gas from coal. 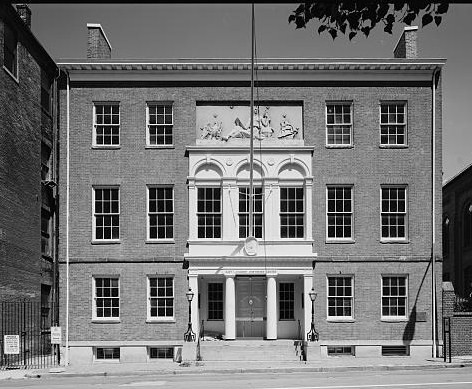 June 11th, 1929 – Establishment of the Organization for Independent Producers

The first ever Oil Conservation Conference took place in 1929 in Colorado Springs, Colorado at the Broadmoor Hotel bringing together some of the brightest minds in this industry.

Wirt Franklin represented independent producers at the conference and spent his time disputing the creation of a commission that would allow for an increase of imported foreign oil. He claimed that if the condition became reality, it would lead to destruction for small producers.

Franklin later established an organization in Tulsa, Oklahoma. His goal was to protect the interests of American independent producers. This organization, the Independent Petroleum Association of America still exists. Today, it represents companies that produce 90 percent of domestic oil.

How much oil are you giving away during each sale?