Abraham Gesner, a Canadian chemist and physician patented a now very widely used process that distills coal and turns it into a fluid called kerosene. Gesenser claimed to have discovered and subsequently invented a way to manufacture the new matter. Since the fluid was sourced from coal, buyers often referred to it as “coal oil.”

When it became known that kerosene could also be produced with crude oil, it gave birth to the petroleum exploration industry in the United States. At this time, new oil field sprawling across Ohio, West Virginia and Pennsylvania was discovered. Soon kerosene, which was very inexpensive, became the primary light source in the U.S., before the implementation of the light bulb.

Abraham Gesner is credited as one of the fathers of the petroleum industry in Canada. In 1842, he established Canada’s first natural history museum. The Petroleum History Society notes that today, one of the country’s most dated geological collections has its place in the New Brunswick Museum. 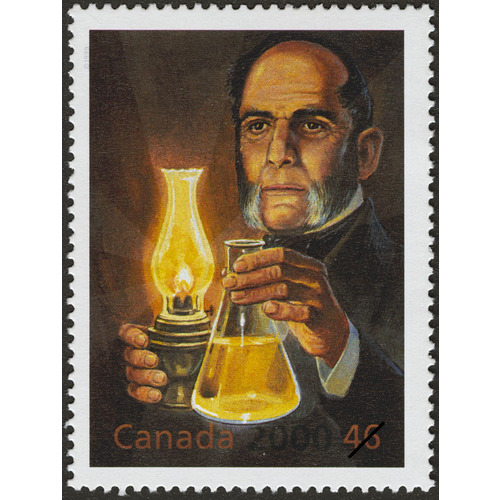 On March 27th, 1975, construction started on the biggest private construction venture at this time in U.S. history with the creation of the Alaskan Pipeline.

This pipeline would cost an estimated $8 billion by the time it was completed. The Trans-Alaska Pipeline was 800 miles long and included the Valdez Marine Terminal, more pipelines, and pumping stations. It was finished in 1977.

This pipeline consisted of segments spanning 420 miles. These segments were laid with an alternating zigzag pattern to lend itself to further expansion. Today, it is still recognized as an engineering landmark.

The Eureka Gas and Oil company located a new gas field, known as the Trenton Limestone, after drilling about 700 feet in Portland, Indiana. The result was a natural gas drilling boom. During this period of time, Indiana was the leading producer of natural gas in the United States.

This gas field was found just a few months after Findlay, Ohio’s “Great Karg Well,” located less than 100 miles northeast of the area.

According to James Glass, a historian from Ball State University, Pennsylvania was home to very large amounts of natural gas. They completely changed the glass steel and iron industries, encouraging the use of more natural gas over coal.

The Trenton Limestone turned out to be a big producer and was later found in 17 counties spanning more than 5,000 miles of the state of Indiana. Over the next three years, 200 companies became able to drill, distribute and sell natural gas in the area.

In 1905, The Offenhauser No. 1 Well officially struck oil approximately 1,556 feet underground. It was a part of the massive oilfield in Caddo-Pine Island.

Unfortunately, this well only produced five barrels each and was later abandoned. However, it encouraged further exploration in the area and soon more wells were discovered and this northern Louisian oilfield became a major source of production.

In 1906, Louisiana went on to pass the first conservation law in the state in an attempt to quell growing concerns over flaring causing a loss in natural gas. Production in the Caddo-Pine Island Oilfield went on to climb as high as 11 million barrels per year by 1918.

The man credited as one of the fathers of the oil industry, Edwin Drake was born on March 29th, 1819 in Greenville, New York. It was near Titusville, Pennsylvania in summer 1859 when he came to a breakthrough–he drilled a well that was the first to be commercial in the U.S. using a cable-rig device that was steam powered. He also coined the method of sending a pipe down to protect the structure of the well.

Despite many technical and financial challenges, Drake created a landmark in the history of energy. He was at the forefront of new technology including drilling technology, and isolation with iron casing. He was searching on behalf of Seneca Oil Company to find oil to refine into kerosene and thanks to a shallow well, he ended up pioneering an entire industry.

According to a historian from Pennsylvania State University,  in 1959, Drake came up with the plan for sending a pipe downward through a drill. He, however, did not patent this idea. 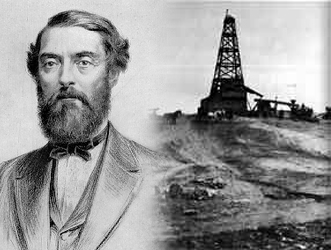 March 29th, 1938 – The Founding of the Sensational Magnolia Oilfield

An Arkansas newspaper dubbed Southern Arkansas an “oil country sensation,” after a 100-million barrel well opened in a Magnolia oilfield. The well was called the Barnett No. 1.

Due to a lack of backers and the recession, Kerlyn Oil Company suspended drilling. Despite this, Dean McGee a geologist and vice president of the company continued on. At a depth of 7,650, he uncovered a giant oil discovery. McGee also went on to lead early efforts Gulf of Mexico offshore exploration.

The town of Electra, Texas, got its name from the daughter of  rancher W.T. Waggoner. It is said that he complained after finding oil when creating wells for his cattle to have water.

However, he didn’t just find oil, he would make a discovery that would lead to an oil boom that lasted several decades. On April 1st, 1911, below the Red River border close to Electra, the Clayco Oil & Pipe Line Company created a well named Clayco No. 1.

According to an Electra historian, people of the town were thinking the gusher that started was a joke for April fools. They didn’t think the gusher was real until they could see the black oil shooting towards the sky.

The well, that was dug on Waggoner’s land, reached a production level of 650 barrels per day.  In 1913, Electra had its peak in oil production at 8 million barrels after many more wells popped up. This trend in Texas continued, in Eastland County with the eruption of “Roaring Ranger” in 1917 and an eventual boom known as “Burkburnett.”

Electra was named the “Pump Jack Capital of Texas” in 2001 after a campaign by passionate activists in the community. Now, more than 2,800 people celebrate this discovery every year with what they call the Pump Jack Festival. 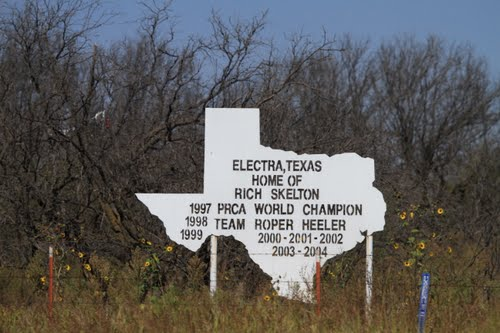 The petroleum industry hit a major low in 1986. Globally, oil prices were less than $10 per barrel. This happened due to a culmination of the recession, excessive production by OPEC and price and production controls in the industry.

According to Bloomberg’s Mark Shenk, the market was flooded by Saudi Arabia during this time after previously changing their level of output to support the change. The oil prices dropped 69% in less than one year.

The Crude Oil Windfall Profit Tax was signed in 1980 by  President Jimmy Carter. Eight years later, it was repealed.

The Windfall Profit Tax (WPT) was controversial and created an excise tax for the production of oil. This all came just one year after previously listing price controls.

Policymakers followed a levy on oil production. The difference between the original price and the market cost of oil was taxed. The WPT was put in in an attempt to limit price jumps for oil. The price used came from the oil prices in 1979 and was adjusted annually to account for inflation.

In the following eight years of the tax, the production of domestic oil dropped the smallest rate in 20. In August of 1988, Congress repealed this tax, which was great news for all who worked in this industry. 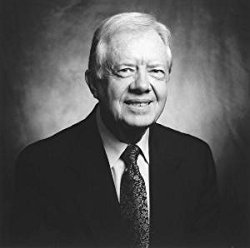 The Basics Of Working A Lease In Oil & Gas Production