Every week is filled with petroleum facts. Some only pertain to the time it happened. Others have affected us for generations. Here are a few that took place in March between the 6th and 12th. 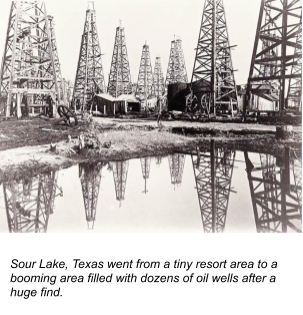 On March 6th, 1902, Sour Lake, Texas was a sleepy resort town with one hotel and a population of just 50 people. When oil was discovered one day later, it became the latest Texas boom town and soon was flooded with as many as 10,000 employees and visitors.

At its peak, Sour Lake Oil Field produced 50,000 barrels of oil daily. As the wells dried up, so did the population. Eventually, the town settled into a citizenship that fluctuated between 2000 and 3000 citizens. Sour Lake and the area where the Sour Lake Springs Hotel stood were owned back in the early 20th century by the Texas Company. This organization eventually became known as Texaco. 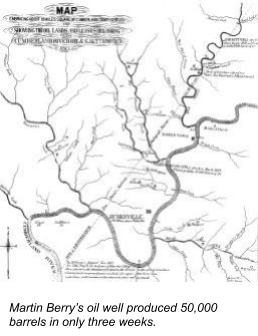 Most people think of Texas when it comes to the early history of oil discoveries. In reality, what was considered one of the first commercial oil setups began a few hundred miles east in Kentucky. This is in great thanks to a man by the name of Martin Beatty.

A salt maker by trade, Beatty dabbled a bit in oil. However, it wasn’t until the late 1820s that he discovered a large deposit of oil. Though only drilled down to 171 feet, the first Great American Oil Well produced a gusher which spilled oil into the Cumberland River as far down as 50 miles. The oil caught fire and burned for nearly three weeks.

Fortunately, the oil well ended up producing 50,000 barrels of crude into the start of the Civil War.

March 11, 1930 — Exploring Geophysicists Get Their Own Society

While many people associated advancements in the oil field with wealthy business tycoons, it is really geophysicists that can be thanked for many of these advancements.

These scientists study the physical processes and physical properties of the Earth and its surrounding space environment. In other words, they make sure things are going to be okay before a well is drilled.

In 1930, a number of these scientists got together and created the Society of Economic Geophysicists. After playing around with a few name changes, the organization eventually became the Society of Exploration Geophysicists (SEG). Since its inception, the Tulsa-based group has grown to over 33,000 members, has produced the publication GEOPHYSICS for decades, and has become one of the innovators to study the Earth across the globe. 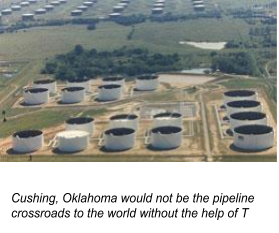 Today, Cushing, Oklahoma is known as the crossroads of the pipeline world with its delivery capacity of 90 million barrels of oil across the country. Yet, that might not have been the case if Thomas Baker Smith hadn’t come to the area.

In 1912, the man known as “Dry Hole Slick” struck a gusher east of Cushing, and made his well one of the most successful between Oklahoma and Tulsa. For two decades afterward, Slick struck successful well after successful well, to the point that he was honored with the title “King of the Wildcatters.” Slick has been honored as one of the state’s petroleum leaders with a display at the state’s Museum of Natural History. 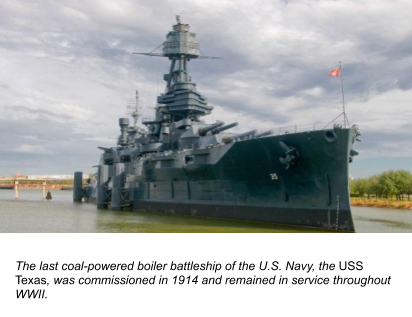 When the U.S. Navy  left the Age of Sail in the early 1880s for a modern, steel-hulled force, it relied on coal-powered engines to propel it across the waters. While they were able to succeed in battles like those in Manilla and Cuba during the Spanish-American War, the process of shoveling 2,000 tons of coal into the engines, the dark smoke and ash didn’t help. So, once the 20th century began, Naval officials decided to make the move toward a fuel-based fleet.

The last of the coal-powered battleships to be commissioned was the USS. Texas. The second naval ship to bear the name of the state, this armor-plated battleship had an impressive record. She was the first U.S. battleship to mount anti-aircraft guns and one of the honored U.S. craft to serve with the British Grand Fleet. The USS Texas served during both WWI and WWII on numerous convoy missions. Today, she stands as a powerful memorial docked at Houston’s ship channel. 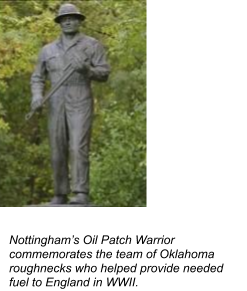 Robin Hood and his Merry Men? Well, the Oklahoma roughnecks who arrived in England weren’t stealing from the rich and giving to the poor. Actually, they were making sure a nation wrecked by Germany had the fuel they needed in World War II.

It was an incredible secret. With tankers constantly at risk in the Atlantic and British oil wells producing a mere 300 barrels a day, something needed to be done. So, British officials covertly made their way to Washington to seek help. The result was a team of drillers, derrickmen, and other petroleum employees who were quietly sent to England aboard the HMS Queen Elizabeth. The team used their proactive skills to drill approximately one well each week in the forest. Today, a statue named “Oil Patch Warrior” stands in in the city of Nottingham to commemorate the brave Americans who helped keep England going. 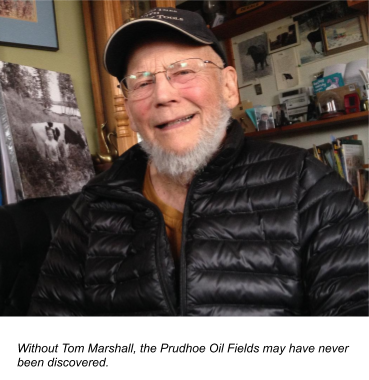 Prudhoe Bay, in Northern Alaska, is cold with long winters. Yet, it can be one of the most populous towns in the state several months a year thanks to the discovery of the largest oil field in not only the United States but in North America.

The field itself is over 215,000 acres and originally contained the equivalent of 25 million barrels of oil. The field was originally pinpointed by Tom Marshall, a  petroleum geologist who lived in the new state of Alaska was given the task of finding the right piece of land for investment. Prudhoe Bay caught his eye — it reminded him of the large oil basins of Wyoming — and the rest was history. For his work, Marshall received only a citation from the state government.