In 1934, the National Stripper Well Association was established in Tulsa, Oklahoma. The purpose of the organization was to protect and promote the interests of proprietors of small-producing wells. Usually, Stripper Wells generate less than 15 barrels of oil per day. This is the equivalent to less than 90,000 cubic feet of natural gas daily.

In a 2015 statement by Interstate Oil And Gas Compact Commission, it was concluded that 72.2% of functioning U.S. wells were classified as “marginally producing.”

In 1961, in southwestern Kansas, the Stevens County Gas & Historical Museum opened its doors for the first time. This area held, and to some degree still holds, a giant natural gas generating terrain. It covered an impressive 8,500 square miles into the panhandles in Oklahoma and Texas.

The museum holds a tiny exhibition hall that offers insights into a major natural gas field in North America and it even has its own gas well. The well was drilled in 1945 and continues to generate oil at the exhibit today.

In 1882, a small Pennsylvania settlement uncovered oil, and the discovery would have a major impact on the industry. As soon as news of the well’s daily oil generating capacity were revealed, the industry shifted and oil rates plummeted.

The Enigmatic well generated a staggering 1,000 bopd. While knowledge of this development was protected, its reveal had an impact on oil rates. Over 4.5 million oil barrels were marketed daily at Pennsylvania’s three oil exchanges. 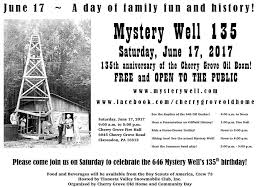 On May 17th, 1901, J.M. Guffey founded Guffey Petroleum Company, which would eventually go on to be one of the world’s biggest oil companies. Guffey’s intention was to purchase the Lucas Gusher, a well drilled about six months earlier at Spindletop Hill near Beaumont, Texas. Guffey bought nearly half of the oil production, while the rest was owned by the Mellon family from Pittsburgh.

This is when Guffey established the Gulf Refining Company.  The company’s goal was to process and advertise the oil generated by Guffey Petroleum. Andrew Mellon took over the company from Guffey in 1907. He restructured the company upon which it became the Gulf Oil Company that is still globally recognized today.

Northwestern Ohio had just started to experience flourishing oil generation in 1885 when the Lima Oilfield was discovered. Benjamin Faurot was in the area to initiate operations in the bid to find natural gas when he found Lima.

According to one historian, Faurot found oil when he penetrated into the Trenton Rock Limestone formation at a depth of 1,252 feet.

Just one year later, Lima had become one of the most notable oil producers in the world. The impressive production grabbed the attention of Toledo mayor, Samuel “Golden Rule” Jones, leading him to later establish the Ohio Oil Company. 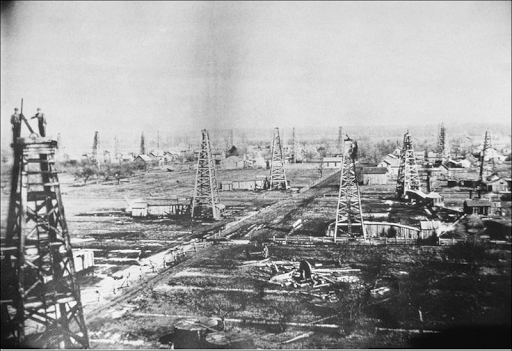 In 1942, George Failing, a frontrunner in innovative oilfield machinery, was offered exclusive rights for his portable rig drilling machinery; a device that would forever simplify the drilling process.

He designed the back area for a drilling rig that was similar to the ones utilized for drilling low wells and shot-holes. This device was principally suited for drilling rocks, offering an uncomplicated and practicable link between the feeding mechanism and the Kelly rod.

The initial illustrations for the drill were completed in 1933 with the help of H. John Eastman, who had a reputation as the father of directional drilling.

It became clear that Failing’s rig was extremely efficient for the time. The device was able to drill ten slopped, 50-foot holes per day, while conventional steam-powered rotary rigs would take an entire week to complete a similar project.

This new rig had a positive impact for those in developing countries too, as it was also used to drill water wells. After Failing received his exclusive rights in 1942, he continued to bring new improvements and innovations to the drilling industry. The George E. Failing Company continues to construct mobile drilling rigs today. 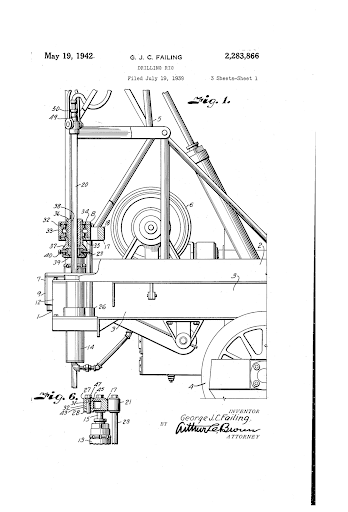 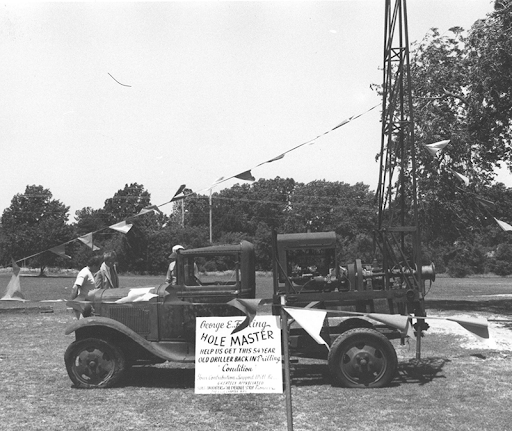 On May 20th, 1930, the Society of Economic Geophysicists set up shot in Houston, Texas and quickly introduced new laws and regulations over the oil industry. In no time, this professional agency rapidly evolved into being the authority in the science of oil, eventually growing to encompass nearly 30,000 members in 128 nations.

The society aims to ensure that acceptable and safe geophysics procedures are utilized. Now known as the Society of Exploration Geophysicists, they also look for advancements in resources.

Three acceptable procedures for survey and drilling for oil were enumerated and detailed in one of the organization’s 1936 publications. The procedures encompass seismic, gravity and magnetic techniques.

Early Doodlebuggers contended with volatile conditions and a whole lot of uncertainties in the implementation of their operations. In order to honor the work and contributions of these individuals, in 2002, the association erected a sculpture of celebrated Doodlebugger Jay O’ Melia in their headquarters. 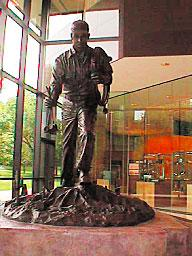