May 23th, 1937 – Rockefeller Dies After Decades of Contribution to Oil Industry

Oil tycoon and the founder of Standard Oil Company, John D. Rockefeller passed away on May 23rd, 1937.  His demise came four decades following his withdrawal from official duties at Standard Oil.

Rockefeller was born in 1839 on July 8th in Richford, New York. He went on to establish his personal enterprise in 1859, the same date that the first oil well was pioneered in America.

Rockefeller took a bigger position in the industry when he became the sole proprietor of a refinery seven years later. This refinery soon became one of the three largest in the world.  Rockefeller was generous with his money as he became wealthy. In 1912, it was estimated he was worth more than 900 million dollars at the time, the modern-day equivalent of 21 billion dollars. 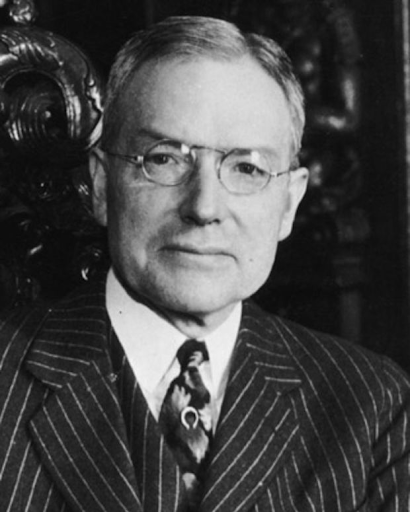 Oil made its way to the print world when Holland Reavis established the Oil Investors’ Journal. Originally published out of Beaumont, Texas the early articles in this publication concentrated on money-related issues. More specifically, the publication looked into the financial woes facing stakeholders of the flourishing “Lucas Gusher” that was founded just one year earlier at Spindletop.

The Oil Investors’ Journal was subsequently taken over by Patrick Boyle. Boyle formally acted as an oilfield scout for Rockefeller and acted as an editor for the publication, even changing the name of the magazine to the Oil and Gas Journal.

Boyle quickly changed the magazine to weekly publications and extended the scope to include a wider spectrum of oil industry activities, which embraced both surveying and production.

In 1962, as the magazine continued to grow in popularity, Norman Rockwell designed a commercial for the journal, only increasing its widespread notability. The publication is still in publication today, and is distributed by the Tulsa-based PennWell company.

Standard Oil found success in California when they uncovered Huntington Beach oilfield, marking the first time oil was ever discovered in the Los Angeles area. The beach town quickly saw a huge population boom, as over 3,500 people moved to the city just 30 days after drilling started.

Less than a year later, there were more than 59 active wells in the area, reaching a peak production of over 16,000 barrels each day. The growth of production began to attract attention from the nation and resulted in an industry boom.

According to an account from the State Mining Bureau, public support dwindled for wildcat drilling. And, the promotion of investments enterprises without working capital also worried the public.

The Huntington Beach area generated over 16 million bbls in 1964, as indicated by the Orange County register. However, as oil production grew, the sudden climb in population started pushing wells away from the location as Huntington Beach became more of a residential community.

We can all thank the oil industry for everyone’s favorite coloring tool, Crayola crayons. C. Harold Smith and Edwin Binney were granted a patent for the crayon in 1891, although at the time, it was known as the “Apparatus for the Manufacture of Carbon Black.”

At the time, the refining procedure utilized oil to create a smooth and shadowy material. This was a superior colorant compared to what was available at the time, and people started taking note.

At this time, the Pennsylvania oil sector was flourishing and Easton-based Binney and Smith Company had an abundance of material to work with. They began experimenting with their new creation and mixing the carbon black with oilfield paraffin to present a dark colored pencil. The product was advertised to the public as having the capacity to “remain on all” which earned it the name “Staonal.”

The name was eventually changed to Crayola, Binney and Smith created its pioneering box of eight colors in 1903. The colors were black, red, blue, orange, brown, yellow, violet, blue, and green. Of course, Crayola crayons are still around today, with some boxes offering well over 100 different color options.

A ‘streamliner’, Burlington Zephyr, pulled into the Century of Progress exhibition in Chicago in 1934, setting an unprecedented train speed record. The electric and diesel train had just made a 13-hour journey from Denver, which was half the time it would take other locomotives at the time.

The Burlington Zephyr ran on one eight-cylinder engine that was diesel fueled. The train traveled over 1,000 miles on this record-shattering trip. The Zephyr only burned $16.72 in fuel, while the same trip for a coal train would’ve cost over $250.

It had only been 60 years since steam trains and the railroad made transportation coast to coast possible and this new development would forever change the accessibility of cross-country trips.

Sinclair Oil’s Brontosaurus (currently referred to as Apatosaurus) initially showed up at Chicago’s Century of Progress.  The “Dino” and other ancient dinosaurs proved popular, pulling in swarms of visitors not only at the Chicago event but again at the 1936 Texas Centennial Expo and the 1939 New York World’s Fair.

After a brief hiatus, the restored “Dino” made an appearance for the 1964-65 World’s Fair. Established in 1916, Sinclair Oil is among the most respected names in the American oil industry and their Dino marketing efforts proved to be one of the most popular in the brand’s history.

After 646 days of complicated drilling, American oil history was made in Texas in 1923 when the “Oil Well of the Century” was unearthed.

Close to Big Lake, on bone-dry land previously deemed useless, Santa Rita No. 1 produced oil, leading to the discovery of the Permian Basin. This was major news for the industry, as specialists had deemed all of West Texas virtually void of all oil.

After almost two years of drilling at under five feet per day, something unexpected happened. The Santa Rita – named for its nearly impossible production level was discovered and produced oil for nearly 70 years.

Three years after the Texon Oil and Land Company made this discovery, they gave the University of Texas a royalties check worth $4 million, proving just how beneficial this oil field would be for the area.  In 1999, Santa Rita No. 1 was honored as the “Oil Well of the Century” in Texas Monthly. 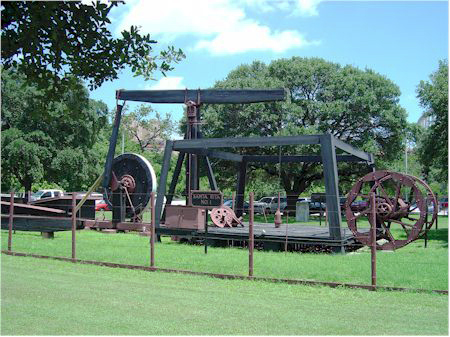 How To Service An Oil & Gas Production Well