This Week in Oil and Gas History: November 21 – November 27 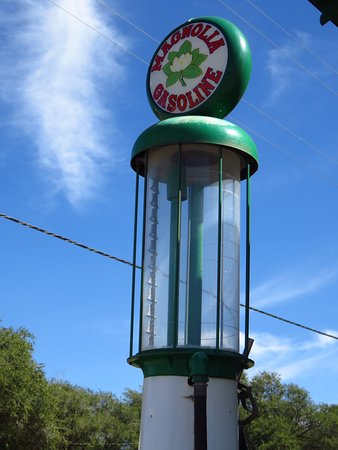 Magnolia Petroleum operated over 500 service stations across from Texas to Arkansas.

In 1925, several small oil companies decided to join forces to start a chain of reactions that would eventually lead to the creation of the widely recognizable ExxonMobil. At the time, the companies came together to create Magnolia Petroleum. Though the Magnolia brand name did not exist until that year, the companies had been managed as part of an association of owners holding stock in every business. The different companies had sold petroleum across the South in over 500 gas stations.

However, Magnolia didn’t stay an independent company for long. Only a month after its founding, Standard Oil bought Magnolia and most of its stations and assets. Magnolia Petroleum would continue to exist as a subsidiary of the much larger company until 1959.

That year it was merged with Mobile Oil. Both companies began to use the Pegasus brand that has been the symbol of Mobil stations since. Eventually, the company would be part of the merger that created ExxonMobil. 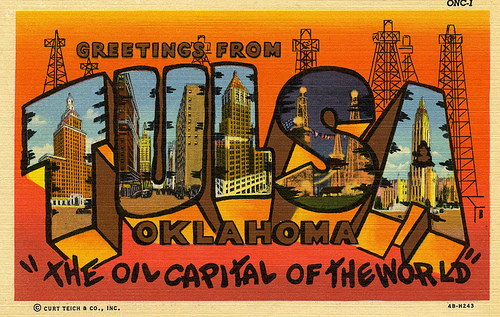 Tulsa’s oil boom would lead to a population boom, that brought almost 100,000 residents to the city in just 15 years.

In 1905, a major discovery south of Tulsa in the Indian Territory lead to one of the largest oil strikes in the US, and to the city’s subsequent title of being “The Oil Capital of the World.”

The Ida Glenn No. 1 was the first of many wells in the Glenn Pool. The unique name of this history-making well came from the Native American woman, Ida Glenn, who owned the land and leased it to oil companies.

The Glenn Pool strike would soon prove more productive than the earlier Red Fork oil discovery just a few miles to the north. The land would also prove to be richer than the famous Spindletop oilfield in Texas.

By 1907, when Tulsa became part of the new Oklahoma State, it was producing more oil than any other state in the Union. Thanks to such high production levels, Tulas would become known as the ‘Oil Capital of the World.’ The Glenn Pool oilfield is still producing today, thanks to modern techniques for enhancing oil recovery. 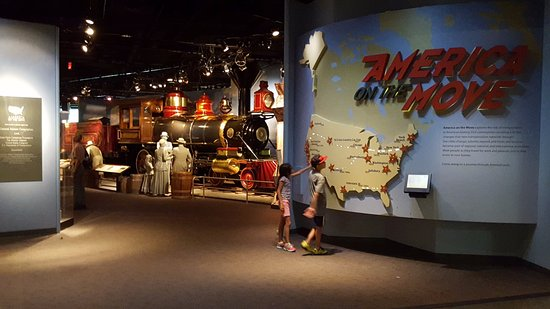 The ‘America On The Move’ exhibit covers the effects changing forms of transportation had on US history and society, as well as offering a behind-the-scenes look at how the Smithsonian assembles exhibitions.

In 2003, the Smithsonian unveiled a new permanent exhibit that would highlight the impact and changes that transportation has had on our country’s history. The new National Museum of American History exhibit called ‘American On The Move’ includes authentic examples of automobiles, a 200 ton locomotive, and other forms of transportation.

It sprawls over 25,000 square feet of the museum and shows a chronology of technological advances through history using hundreds of items. The $22 million dollar exhibition is intended to allow visitors to see how changes in transportation, from horse and buggy to jetliners, changed the United States; and of course, the impact that the oil and gas industry has had on those developments. 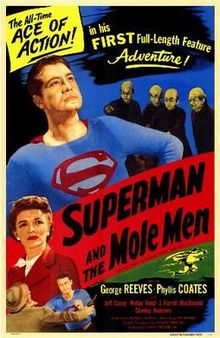 George Reeves starred as Superman for the first movie that featured any character from the DC comics lineup.

In 1951, the very first Superman movie hit the silver screen. Titled “Superman and the Mole Men’ the popular film’s plot revolved around drilling of the world’s deepest oil well. Clark Kent and Lois Lane, played by George Reeves and Phyllis Coates, travel to Silsby, the fictional home of Havenhurst Experimental No. 1 oil well.

Instead of striking oil, the well, which is drilled to 32,000 feet, finds the home of the subterranean mole men. When the bald creatures climb to the surface to explore they are met with fear by the townspeople. Luckily, Superman is there to save the day and restore peace.

The movie was well received and was the first appearance of George Reeves as Superman, a role he would become well known for as he continued to play the character on TV until 1958. The deepest well in the US at the time of the film’s release was 20,521 ft. 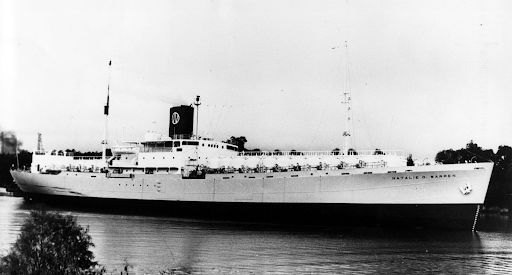 The Natalie O. Warren, the first seagoing ship designed to carry LPG, is named for the wife of oilman and philanthropist William K. Warren.

The Natalie O. Warren, the first ship designed to carry liquefied petroleum gas, set sail from Houston to Newark, NJ on a cold November day in 1953. The ship had been converted from a cargo freighter by the Bethlehem Steelyard for the Warren Petroleum Corporation.

The ship was an experimental design, created to carry almost 40,000 barrels of LPG in vertical pressure tanks. Deemed a highly successful experiment, the voyage led to the construction of many more LPG carrying vessels. Modern versions of the Natalie O. can carry almost 20 times the amount of LPG of the original ship.

In the late 1800’s, kerosene was less expensive in the eastern US than in western states such as Utah and Colorado. The dramatic cost difference convinced Isaac Blake that there was money to be made in transporting cheap eastern kerosene out west.

Blake formed the Continental Oil and Transportation Company and began buying kerosene in bulk out east and then bringing it west to Utah to sell. Soon, the company bought two tanker cars designed to be used on the railroad, the first of its kind to be go so far west. The addition of these tanker cars allowed the company to expand, transporting kerosene from a Cleveland refinery to Colorado and then to California.

In 1885, the company was bought by Standard Oil, but following the 1911 federally mandated dissolution of the monopoly, Continental was reformed as Conoco. After a merger in 2002 the company became the modern ConocoPhillips. 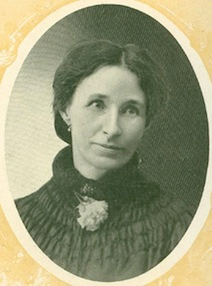 One of the most influential oil tycoons in southern California, Mrs. Emma Summers, passed away on November 27th, 1941 at the age of 83. Though she studied at the New England Conservatory of Music and worked as a piano teacher when she first came to Los Angeles, a series of wise investments led Summers to become a successful and wealthy oil baroness.

After Emma and her husband Alpha moved to southern California, she noted the amazing growth of the oil business in the area. Her home in the city was actually just a short distance from where the oilfield had been discovered. Using the $700 she had earned teaching piano, she bought a half interest in a well. That profitable venture led to further investments until she came to largely control the entire Los Angeles oil market.