This Week in Oil and Gas History: October 17 – October 23 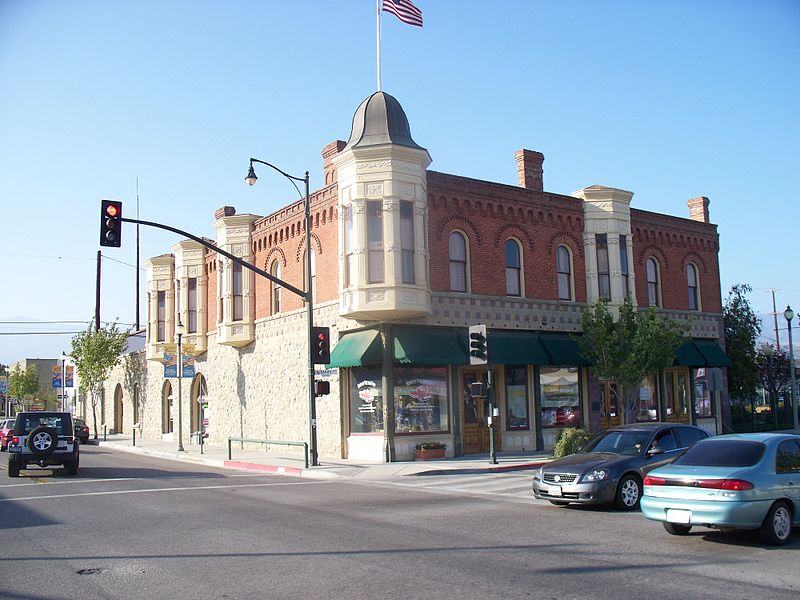 When oil drillers Wallace Hardison and Lyman Stewart, founded The Union Oil Company of California in 1890, they had no idea it would go on to be a leading force in the oil industry for over 100 years.

Soon after establishing their company in Santa Paula, CA, the two drillers were joined by local politician, Thomas Bard. Shortly after that, in 1901, the company moved to Los Angeles.

The original headquarters remained a field office for many years and has since been named a historical landmark. Today, the original Unocal office, is the location of the California Oil Museum. Unocal remained a giant  in oil exploration and exploitation until 2005, when it merged with Chevron. 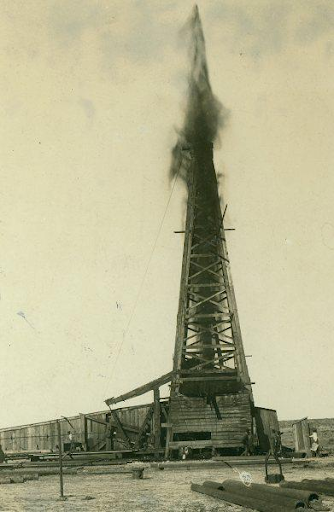 Beginning in 1904, companies from all over the US made their way down to Eastland County, Texas in hopes of striking oil. However, it took nearly 13 years of exploration for one of these companies to eventually hit it big.

The year 1917 marked the first big oil discovery in Eastland County and it opened up the floodgates for the big Texas oil rush. The gushing J.H. McCleskey No. 1 well would lead to a boom in the area that would later be said to fuel the Allied victory in WWI.

William Knox Gordon’s wildcat drilling, which lead to this discovery, was financed by the Texas and Pacific Coal Company and his success would lead to production of over 1500 barrels a day of high-quality oil. Within two years, the Texas and Pacific Coil Company’s stock would jump over forty times its initial value, going from $30 to over $1200 a share.

The well quickly earned the nickname of the ‘Roaring Ranger,” for its location near Ranger, Texas, would go on to lead to a number of high production wells in the area. As roughneck drillers and the businesses that followed them flocked to the area, the area saw a tremendous economic boom.

It also saw a population boom, with Ranger’s population tripling in size. The influx of men and money would lead to a whole range of other success stories. Most notably, Conrad Hilton quickly came to the area to buy a bank. When the deal did not work out, Hilton would instead buy a motel in Cisco, Texas—starting the now infamous worldwide chain of Hilton Hotels. 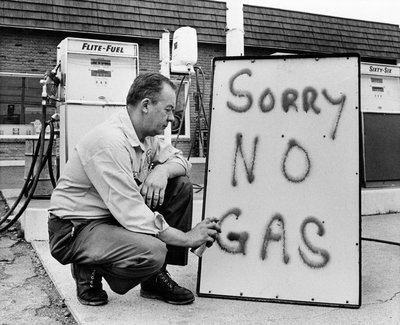 In retaliation for supporting Israel in the ‘Yom Kippur War,’ the Organization of Arab Oil Exporting Countries passed measures preventing the US and several other industrial nations from purchasing their oil.

That organization included most Arab OPEC countries, as well as Syria and Egypt—and they were following a policy they called ‘oil diplomacy.’

Most nations had been used to decades of inexpensive gasoline and the embargo lead to severe economic declines, including a startling drop in the New York Stock Exchange of nearly $100 billion.

It wasn’t until recently that the United States was able to harness the power of new technologies to become the world’s largest producer of oil. 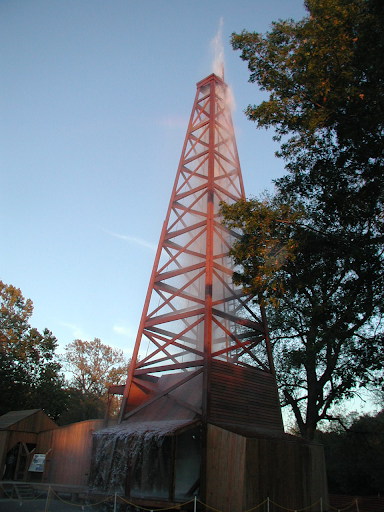 The replica derrick that is found on Discovery 1 Park, on the site of the first oil well in Oklahoma.

Nellie Johnstone No. 1 was Oklahoma’s first commercial oil well, and an important figurehead in the state’s rich oil history.

In 2008, the town erected a replica of that historic well at Discovery Park One, in honor of all that oil production had brought to the area. The celebration was capped by the well gushing, though this time it was pumping water rather than oil.

Today, visitors to the park can see re-enactors of the roughneck drill workers operating the replica. 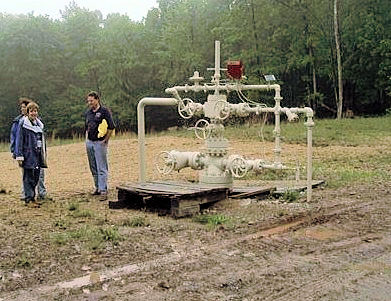 There are a few natural gas wells in Maryland, but so far no one has found oil there.

Much to the surprise of all involved, in 1949 wildcat well drilled in Garrett County, Maryland started producing close to 500 Mcf of natural gas a day.

Located in the westernmost country in Maryland, this marvel of gas production influenced others to come to Maryland and neighboring Pennsylvania to look for oil themselves.

Twenty nine wells are drilled within Mountain Lake Park, Maryland, and 20 of these still produce some gas, though the high density drilling depletes the field quickly. Natural gas is still produced in a few wells in New England, though no oil has been discovered yet. 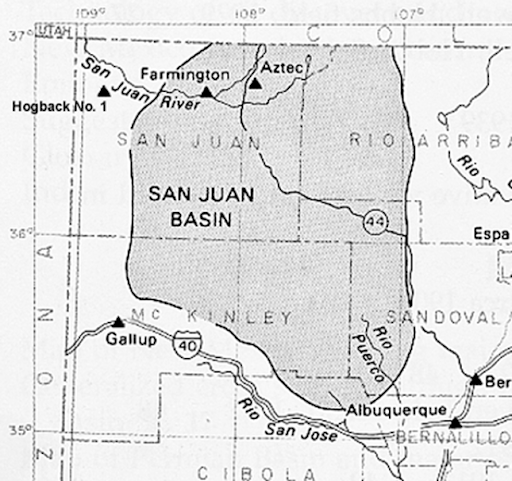 In 1921 natural gas was discovered near Aztec, New Mexico. Natural gas would be found elsewhere in southeastern New Mexico soon after.

On this date in 1921, the State No. 1 Well in Aztec, New Mexico made its official debut, ushering in a new era of natural gas production in the area. Leading to the founding of the San Juan Basin, production in this area continued to be a source for oil and natural gas well into the 21st century.

State No. 1 had a daily production of nearly 10 million cubic feet, and needless to say, drillers were not prepared for an output of this size. A makeshift wellhead of a tree trunk, pipe, and valve had to be used until a proper wellhead that could handle the production was shipped from Colorado.

Within three months, a pipeline was bringing natural gas to Aztec and sold to the town and its inhabitants–much to their delight! With the state’s only natural gas service, supplying a gas heater cost only $2 and families could supply their gas stoves for just $2.25 a month. 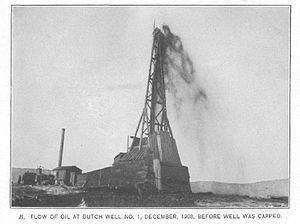 The first of the Salt Creek Oil Field wells, Big Dutch drilled through about 1000 ft of shale and produced over 500 barrels of oil a day.

One of the first big oil strikes in Wyoming, which lead to the state’s first boom, was actually financed by a company based in the Netherlands called Petroleum Maatschappij Creek. Their first well, Big Dutch No. 1, was located about 40 miles from Caspar, Wyoming.

It was well-known that there was oil hiding deep below the surface in the area for almost 30 years. However, it had not been tapped until 1906 when Dr. Porro, an Italian Geologist, suggested it might be a good area to drill.

There was a fair amount of foreign investment in the area, as an English owned corporation called the Oil Wells Drilling Syndicate had already drilled a well that produced 600 barrels a day into the Salt Creek formation.

This is where the Dutch company came in. Since first setting up Big Dutch No. 1, thousands more wells have been drilled into the oilfield, some as shallow as a few dozen feet. This oil field has also been the subject of several different practices to increase production, including water flooding and CO2 injection; all designed to get even more out of this sprawling oil field.

October 23, 1948 – The First Smart Pig Is Used For Pipeline Inspection 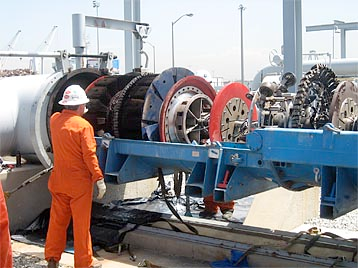 A ‘Smart Pig’,’ shown here, is a robot used to inspect pipelines.

The Smart Pig made her debut in 1948 and completely changed the way we handle pipeline inspections. There were safety concerns involved with how to properly inspect the inside of welds in smaller pipelines.

This is where the Smart Pig cam in. This x-ray device runs through the pipeline and actually used various forms of radiation to find flaws in welds.

Four years before this, Cormack Boucher had patented a machine which could be used with larger pipelines, but it was too large to use on some of the smaller pipelines that were common around the country.

Northern Natural Gas Company was able to use this smaller machine to inspect the interior of a 20-inch pipe. The smart pig travels nearly 2000 feet into the pipeline to x-ray each weld. 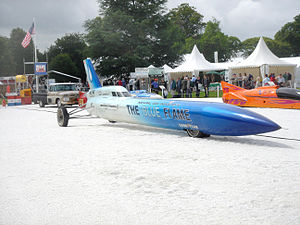 While natural gas now powers over 100,000 different types of vehicles, it was an unusual fuel in 1970. The Blue Flame used it to power to a record that stood until 1997.

While gasoline is currently the standard for cars, when you’re trying to set a land speed record, you need a more efficient fuel. And in 1970, when the owners of the experimental Blue Flame needed some record-setting fuel power, they looked outside the box.

Using a combination of liquefied natural gas, and hydrogen peroxide, the rocket car would go on to set a speed record that would stand for 27 years.

The Blue Flame was 38 ft long and weighed almost 5,000 lbs, but the rocket motor that was developed for it could produce over 20,000 pounds of thrust, equivalent to 58,000 horsepower. The development of the car was sponsored by the American Gas Association and Institute of Gas Technology, and three Wisconsin men with the need for speed; Dick Keller, Ray Dausman, and Pete Farnsworth.

The three men had previously worked on another record setting project, the X-1 dragster, and were looking to up the ante and break records when they began the ambitious design concept for the Blue Flame.