This Week in Oil and Gas History: October 24 – October 30 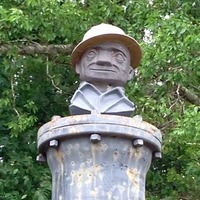 The ‘Joe Roughneck’ statue was dedicated by Texas Governor Preston Smith in 1970. It is at a rest stop off Highway 64 and marks the site of a time capsule to be opened in 2056.

In the 1950s and 60s, no one in the state of Texas could go about town without seeing the cartoon image of Joe Roughneck. This recognizable character started as part of an advertising campaign for the Lone Star Steel Company, but soon he was adopted by the entire oil industry.

In October of 1970, Joe got the credit he deserved for his work in bringing awareness to this industry, when a Joe Roughneck statue was dedicated on the anniversary of the discovery of a giant natural gas field near Boonsville, Texas.

The field was discovered 20 years previously by the Lone Star Gas Company at its Vaught No. 1 well. Over those two decades, between discovery and dedicated of the statue, the natural gas field would produce 2.5 billion cubic feet of output. By 2001, over 3 trillion cubic feet had been produced by more than 3,000 wells.

Not only does a Joe Roughneck bust mark three other oilfield monuments, not including the one in Boonesville, he’s also an award himself. Since 1955, the Chief Roughneck Award is given by the Independent Petroleum Association of America to a petroleum executive to honor their achievements and character.

The bust used for this coveted award was sculpted another native Texan, artist Torg Thompson, whose work is still on display today everytime one of these awards is handed out. 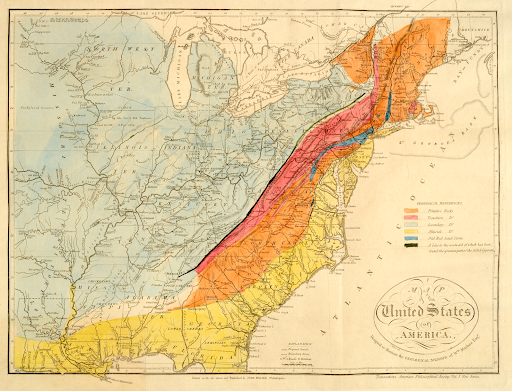 This map says it is, ‘designed to illustrate the Geological Memoir of Wm. Maclure, Esqr.’ It is a detailed geological map put together by William Maclure.

Though William Maclure was born in Scotland, he created some of the earliest geological maps of the United States and what would become Canada and Mexico, were actually created by a man born in Scotland. Starting in 1809, WIlliam Maclure began crafting these geological maps after coming to the US in 1797 and exploring the eastern part of the country.

His first map was the result of his journey in 1808 from Maine to Georgia and was first published in the Transaction of the American Philosophical Society.

He correctly identified the Appalachian Mountains as the oldest rock in the region, as well as outlining six different regions of distinct geology. His studies and maps led to a certain amount of fame in scientific circles and when the American Geological Society was fo

rmed by Benjamin Sillman in 1819, Maclure became its first president.

Thanks to his work and his role as president of the AGS, many geologists consider him the “Father of American Geology.” 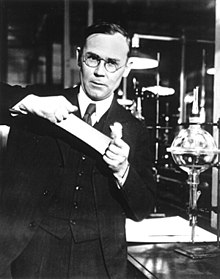 Dr. Wallace Hume Carothers, who lead the team that developed Nylon and other synthetic fibers and materials.

Nylon may seem like a very common fiber used in clothes and accessories today, but when it was first derived in 1935, it was anything short of miraculous. A Dupont team lead by Dr. Wallace Hume Carothers used different compounds derived from petroleum to develop this synthetic yarn that would soon be dubbed “Nylon.” However, Carothers himself, always called it Nylon-6, due to the its molecular structure, which included 6 carbon atoms.

Nylon has become recognized as the first truly commercially successful synthetic polymer. It has since been used in a number of applications, including consumer goods like stockings, tents, safety equipment, and more. It has also found use in the medical and even aerospace fields, proving just how revolutionary this petroleum-based fiber really was.

In 1923, Lion Oil would begin to operate a refinery in El Dorado, Arkansas.

Thomas Harry Barton reorganized the El Dorado Natural Gas Company into the Lion Oil Refinery Company after Barton acquired a massive refinery the year before. The company would grow and begin processing thousands of barrels a day and a few years later would purchase a number of oil wells to operate them directly–aiding in the rapid growth of the industry at this time.

Lion Oil would later by bought and merge with Monsanto, retiring the well known leaping lion logo. However, Lion Oil is still around today, and the name is still used to market a range of petroleum products. 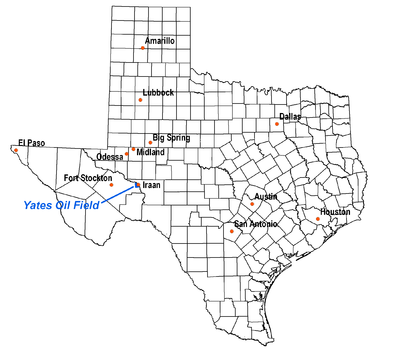 In 1926, Ira Yates was struggling to pay for his ranch, located in West Texas just north of the Chihuahua Desert. The lack of water and predation made it a difficult business. To pay his taxes and the mortgage, he convinced the San Angelo based Transcontinental Oil Company to drill a wildcat well on his property.

While it seemed like a risk at the time, the wildcat drillers used a standard cable-tool rig and struck into the rich Permian Basin formation.

The Ira Yates 1-A Well produced nearly 500 barrels a day. Soon after, four more wells were drilled for another 12,000 barrels a day, making it one of the largest collections of wells of its time. As the wells were far from a pipeline, their production was sent to a storage tank.

As for Ira Yates, he eventually received a check for $18 million as his portion of the major oil strike, proving that the risk he took on his ranch really paid off.