This Week in Oil and Gas History: October 3 – October 9 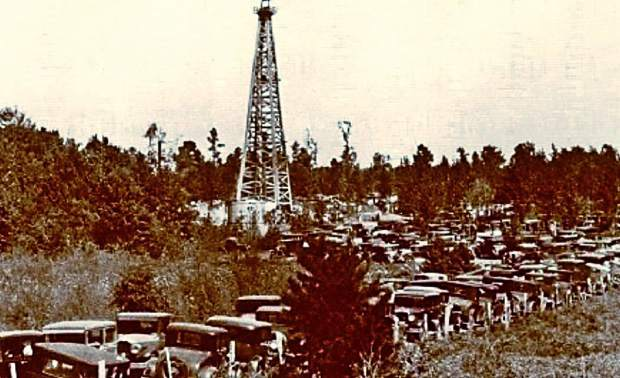 The East Texas oilfield remains one of the largest in the continental United States. It was first tapped by Columbus Joiner in 1930 at the Daisy Bradford #3 Well.

On October 3rd, 1930, a crowd of more than 4,000 spectators gathered at Daisy Bradford’s farm, around Well No.3, waiting with bated breath to see what was lying beneath its surface.

The potential Texas oil mine represented the chance of a new beginning following the Great Depression. And when a nitroglycerin charge was set off, oil erupted and the landowners, stockholders, creditors and leaseholders in attendance saw just how much promise it held.

The event was spearheaded by a man named Columbus ‘Dad’ Joiner.

After several failed attempts to find oil in the area, Joiner successfully opened the first well in the East Texas Oilfield. Though many suspected that oil was to be found in the area near Kilgore, Texas where Bradford’s farm was located, few could have guessed just how large this oilfield would be.

Geologists would later determine that Joiner’s well tapped into the Woodbine formation, a field of oil that stretched north from Kilgore and across more than 140,000 acres. Even at the time, the crowd had little idea of how big this discovery was as this formation is still producing today and has yielded over 5 billion barrels of oil.

This discovery on October 3rd also spearhead the creation of one of the biggest pipelines constructed at the time. Known as “The Big Inch” this 1,400 mile pipeline was built to transport the formation’s production to refineries in Philadelphia. 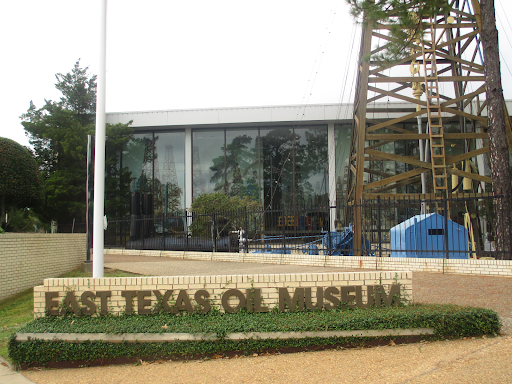 The East Texas Oil Museum was founded in 1980 to commemorate the men and women who labored to tap and exploit the oilfield.

With funding provided by the Hunt Oil Company, the East Texas Oil Museum opened its doors on October 3rd, 1980—50 years to the day after Joiner tapped into the Woodbine formation. The museum is located on the campus of Kilgore College, not far from the No. 3 Well. Inside its doors, the museum details the history of the area and tells the stories of the many people who have worked the oilfields there.

While there is a great deal to see at the museum, major highlights include authentic recreations of the oil-boom towns that quickly populated the area at the time. Visitors can even take an elevator ride down a simulated trip deep underground to explore what life was like working 3,800 feet below ground. 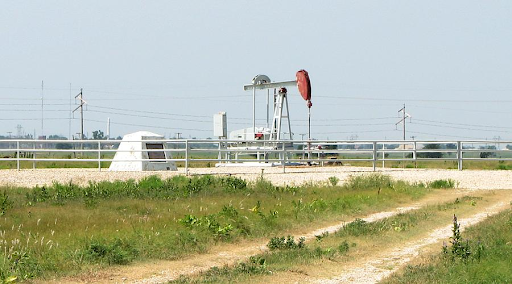 Above is the Stapleton No. 1 Well. To its left is a marker which describes the discovery in October 1915 of the El Dorado Oilfield in Kansas. At the time the oilfield was one of the largest in the world.

October 5th, 1915 was one of the most notable moments of the early days of the Kansas Oil Boom, thanks to the discovery of the El Dorado Oilfield. Located just outside of Wichita, this was part of a series of similar discoveries that led to the identification of the Mid-Continent Oilfield.

This sprawling area was one of the largest known oil reserves until oil was discovered in the Middle East.

The Stapleton No. 1 well that was opened on October 5th is notable in that it was one of the first times a geologist was consulted before drilling. The Kansas geologist was retained by prominent citizens of El Dorado to study the area after oil and gas were discovered in nearby communities.

At the time, the field of geology was just developing methods for this type of study. By using these tactical approaches, the state geologist was able to identify an anticline in the area. Known as the El Dorado Anticline, the discovery encouraged other well-known oil businessmen, such as John Vickers and William Skelly, to open their own wells in the area—forever shaping the Mid-Continent industry.

Historic drilling equipment can be found at the Kansas Oil Museum, where details of the modern petroleum industry and demonstrations can also be found.

The Stapleton No. 1 well went down over 2,000 feet and produced over 100 barrels a day. Using the science of geology to identify areas likely to produce large amounts of petroleum would become standard practice in the oil and gas industry. 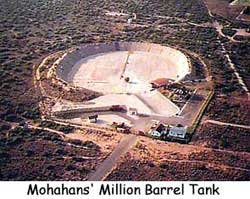 On October 5th, 1958, Melody Park opened in a huge concrete tank, originally built to hold oil, for its first and only day of operation. Filled with water, the tank was used for swimming, angling, and more until leaks forced it to closed.

The tank was originally built by Shell Oil to hold oil coming from the Permian Basin reservoir, as there was no pipeline to transport it to refineries. It had been built thirty years before Melody park opened, in 1928, but was quickly taken out of use as the weight of the oil it held cracked the concrete allowing oil to seep into the ground.

Located in The Monahans, Texas, it is now the location of the Million Barrel Museum.

Drake’s driller, William Smith was inspecting the collection vat that night. His experience was in drilling wells for salt water brine and may not have been familiar with the behavior of oil, as he used an open lamp to make his inspection. The flame lit the gases coming off the oil. The fire burned the oil and the wooden derrick, as well as Smith’s home.

Several thousand acres near the Teapot Dome in Wyoming were set aside in the early 1900’s to provide the Navy’s ships with oil for fuel. Up until 1921, those reserves were controlled directly by the Navy. However, President Warren G Harding transferred control of the reserves to the Department of the Interior.

In return for a $385,000 bribe, disguised as a loan, Interior Secretary Albert Fall was persuaded to lease the oil fields to two men, Harry Sinclair and Edward Doheny. Soon after, a complaint from rival oil field operators led to a Senate investigation. Secretary Fall was convicted of taking bribes and served one year in jail. Strangely, both Sinclair and Doheny were acquitted of bribery charges.

October 8, 1923 – The International Petroleum Exposition and Congress is Held in Tulsa, OK 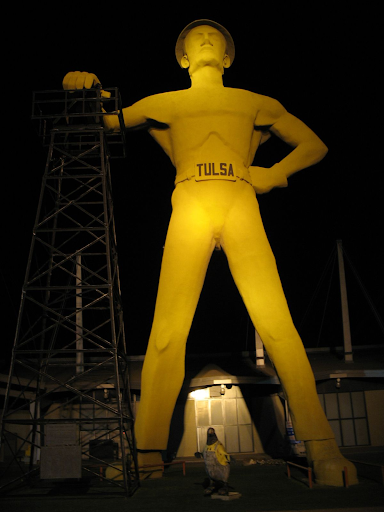 While the Golden Driller remains popular destination for tourists, it did not arrive until after the first International Petroleum Exposition.

Despite inclement weather looming in the background, on October 8, 1923, thousands of people attended the first day of the International Petroleum Exposition in Tulsa, Oklahoma. The success of the inaugural event spearheaded the Exposition to return regularly for the next 56 years.

At the height of its popularity, over 100,000 visitors attended the event. One of the Exposition’s chief attractions, the Golden Driller, was introduced in 1953 by the Mid-Continent Supply Company of Fort Worth. However, the oil embargo of the 70s led to problems across the industry. As a result, the Exposition was held for the last time in 1979.

On October 9th, 1999, offshore oil platforms reached new heights when the Ocean Odyssey was used to launch a Russian rocket for the first time. The platform, which was once used solely for oil drilling, was repurposed as an offshore rocket launchpad by Sea Launch. The consortium was led by Boeing, but included other companies from the U.S. as well as Russia, Norway, and the Ukraine.

The October 9th launch put a satellite for DirecTV in to orbit and was the first of 36 similar launches. Unfortunately, the consortium was brought to an end by the outbreak of a civil war in Ukraine. Its last launch was in May of 2014.

This Week in Oil and Gas History: August 7 - August 13