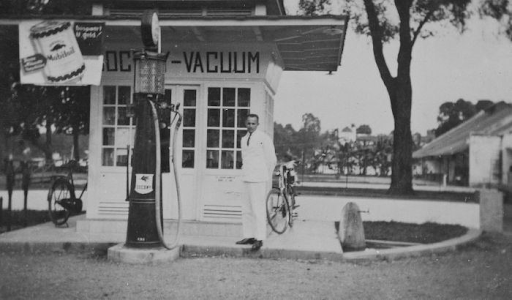 In 1866, a carpenter named Matthew Ewing patented his method for distilling kerosene. Ewing’s method involved kerosene being distilled in a vacuum in a process that ultimately produced lubricants. The result of this post-Civil War innovation was the establishment of Mobil Oil.

Matthew Ewing and Hiram Everest founded the Vacuum Oil Company in New York. This happened just three weeks after the patent was issued and “Ewing’s Patent Vacuum Oil” was the company’s first product. It was a leather conditioner. Eventually, Ewing ended his partnership with Everest and found greater success with Vacuum Harness Oil. He used containers that were normally used for canning oysters to distribute lubricant.

Everest sold 75% of Vacuum Oil to Standard Oil Company in 1880. Vacuum Oil became Socony Mobil more than fifty years later. Then, the company became Mobil Oil and finally ExxonMobil as the result of a merger in 1999. 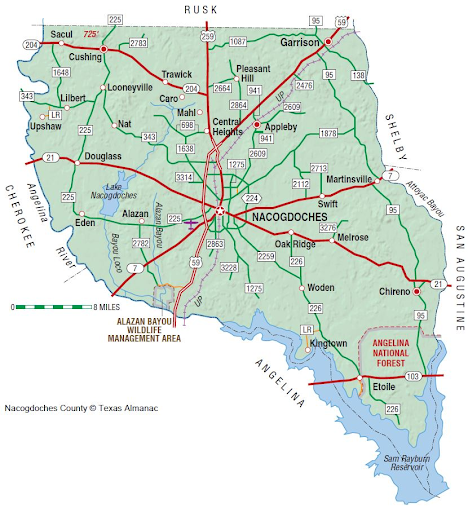 Lyne Taliaferro Barret and the Melrose Petroleum Oil Company finished a well east of Nacogdoches in 1866. This well turned out to be the first commercial well in the Lone Star state.

The No. 1 Isaac C. Skillern Well was drilled in Oil Springs. Oil was found at just over 100 feet. However, production was somewhat minimal and the well only produced 10 BOPD. This combined with limited market access led to the failure of Barret’s company. The field was dormant for almost 20 years until other companies found oil nearby.

Some of the wells in Nacogdoches field produced oil until the 1950s, making it one of the oldest producing fields in Texas for many years.

Standard Oil of California announced plans to build the first refinery in Hawaii in 1957. The location was 8 miles from Pearl Harbor on the Island of Oahu. In 1959, Popular Mechanics reported that Standard Oil originally planned to import oil using a submarine cable. 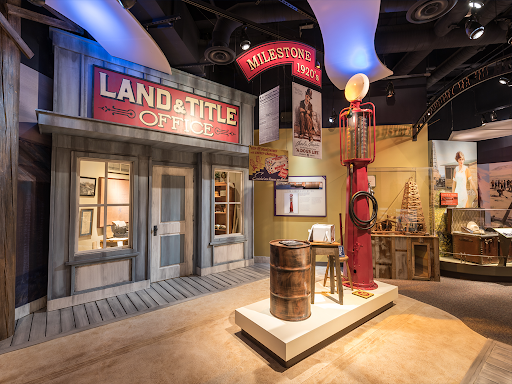 Over 400 guests attended the opening ceremony of the Permian Basin Petroleum Museum, Library and Hall of Fame. President Gerald R. Ford even traveled to Midland, Texas to speak at the event.

Ford also toured the museum and was presented with a sculpture by Lester Fox called “Dressing the Bit.” Chairman Emil Rassman was in charge of presenting the piece.

More than 500 community leaders contributed to the completion of the museum. That effort was lead by George Abell. Today, visitors can see a number of cultural, geological and technical exhibits along with a collection of rare Chaparral race cars are also on display.

President Ulysses S. Grant went on a tour of northwestern Pennsylvania. This tour included sites that contributed to a major oil boom such as Oil City, Petroleum Center and Titusville. All of these locations played a role in a commercial oil discovery that would change the world forever. In 1875, Grant ordered Pennsylvania Avenue to be paved with asphalt–a product that came as a byproduct of the oil production in these areas. 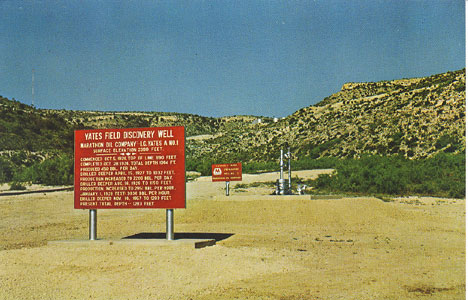 When a Texas well struck oil at about 1,000 feet and produced an over 200,000 BOPD, it became the most productive well in the world at the time. The Yates 30-A Well was producing close to 9,000 barrels of oil every hour, setting a new production record.

This well was in Pecos County, close to the Yates field. A year later, the Ira G. Yates 1-A. was discovered, eventually unveiling the true size of the Permian Basin.

The newest well is operated by Transcontinental Oil and the Mid-Kansas Oil and Gas Company, now Marathon. This well ultimately lead to prosperity in Odessa, Midland, and Iraan. The Yates Field hit a historic milestone in 1985 when it produced its billionth oil barrel.

The OPEC (Organization of the Petroleum Exporting Countries) was established by Venezuela, Iran, Kuwait, Saudi Arabia and Iraq at the Baghdad Conference. Nine other members would also join the organization. Its headquarters were in Geneva, Switzerland, until September 1965. Today, the location of their headquarters is Vienna, Austria.

The objective of the OPEC is to unify and coordinate and unify petroleum policies in member countries. They strive to establish stable and fair prices for producers and to provide an economic, efficient and regular petroleum supply to consuming nation. The organization also places great focus on getting fair returns on capital for industry investors. 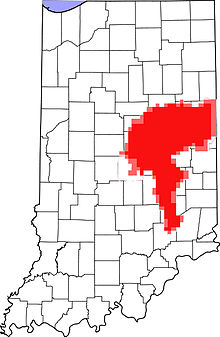 The Eaton Mining and Gas Company was founded by investors in 1886 after Ohio natural gas discoveries excited speculation in Indiana. On September 15th, the company’s first well was completed at 920 feet. When natural gas was found, it’s said that the resulting flame could be seen in Muncie, which was 10 miles away.

At that time, The Trenton Field was the largest gas field in the world, spreading over 17 counties in the state of Indiana and launching a natural gas boom in the state. Over the next 36 months, more than 200 companies were drilling, selling and exploring natural gas. Andrew Carnegie, a well-known industrialist claimed that natural gas replaced ten thousand tons of coal for steelmaking each day.

A Basic Guide to Oil and Gas Drilling Operations