Using one central hydraulic system to power multiple wells is a popular setup. A single triplex pump, depending on the amount of power oil needed, could supply power oil to up to eight wells. The advantage of using such a system is that you only need to obtain and maintain a single hydraulic power system. The downside is that when that system is down for repairs or maintenance, all of the wells that depend on it stop producing. 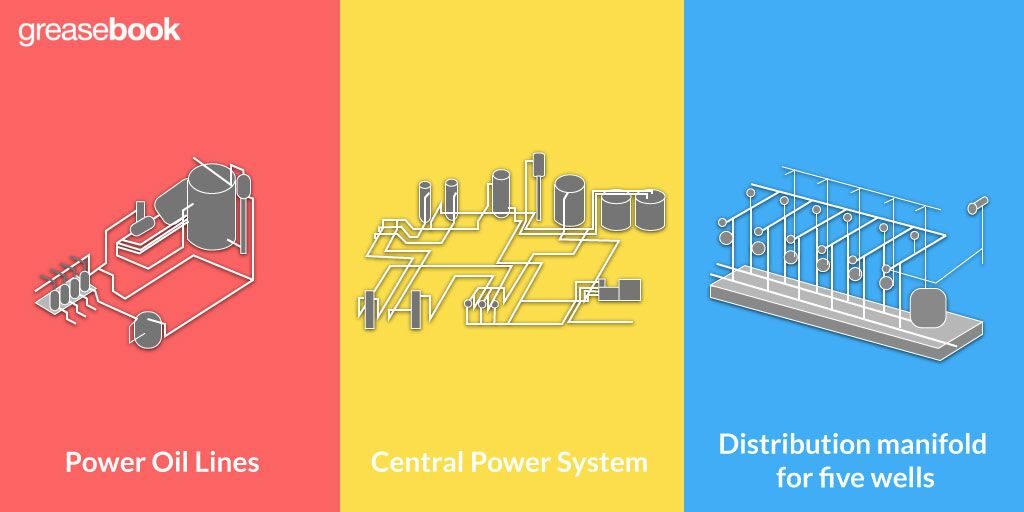 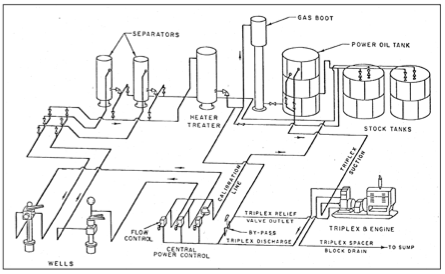 Figure 1. An example of a central power system.

In addition, two feet below the standard supply line, there is an emergency supply line controlled by a separate valve. The valve can be opened to supply additional power oil in the case of an emergency. When everything goes back to normal, you can just shut that valve to stop the additional flow of power oil. It’s usually straightforward to pump oil in the sales tanks back to the power oil tank if it runs low.

The other major component of using a central power oil system are the power oil lines. The hydraulic system should be placed near the tank battery. Once the header has been installed, a separate power oil supply line is run to each oil well; usually a 1-inch line is enough to do the job. A return flow line is then run from the well bank to the tank battery. Each well will have both of lines to link it to the overall system. 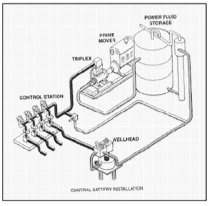 It’s possible to use water produced from a well in place of crude oil. It’s not possible in every case, as the water has to be free of scale and corrosive compounds that damage equipment and are hard to eliminate.

However, in areas where it’s possible, it can be a wise choice. Water is easier to control than oil, and easier to neutralize. A special fitting can be added to the heater/treater that draws water from the system. Alternatively, it’s possible to tap directly into the produced water disposal system. That means that when using produced water, you don’t need to add a power oil tank to your tank battery.

The power oil can be pumped and reused through its own system by adding a third line from the surface to the hydraulic pump. This sort of system would also require a special power oil tank be installed, as well as the additional line to the pump. However, it’s a good option when the produced fluids are too corrosive to be used for power.

When you’re using a single pump for a single well, problems are usually fairly straightforward to spot. When production starts to fall suddenly, you only have one set of equipment to check for issues.

If you’re operating multiple wells off a single power source, however, that multiplies the amount of work you have to do. It’s helpful to be able to narrow down the problem to a single well and its associated systems. To do that, you’ll have to put together a distribution manifold.

A standard layout is shown on the diagram. It controls five wells, each with a riser and set of valves, while the sixth valve is used in testing. It’s possible to test an individual well’s flow by opening (in this diagram) the first, lower valve on the right, which is the automatic bypass. By opening the second header from the right, which is the individual well test line, it’s possible to send the power oil through a meter which tracks the number of barrels that have gone through in a given period. After the oil goes through the back line and comes forward again to the selected well header, that valve is opened and the front valve is closed so that the test can begin. Returning the valves to their original settings will return the system to normal operation.

It’s possible to modify the manifold header depending on your needs. For example, it’s often helpful to add openings so you can add solubles or chemicals if you need to. 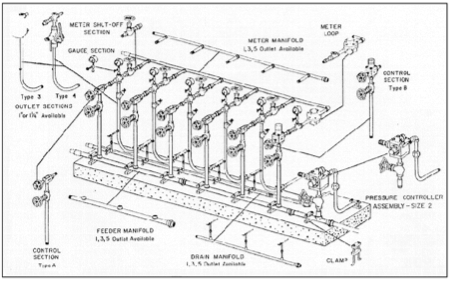 Figure 3. An example of a distribution manifold for five wells, including a system for testing individual wells using an automatic bypass. (courtesy of Trico Industries, Inc.)