Lease pumping uses a lot of pumps; it’s right there in the name. It’s possible that you’re using a pump as part of the downwell system. However, pumps will probably perform many other important task around your operation. Knowing a few basics is all you need to keep things running smoothly and save yourself some money.

Pumps are designed for specific types of tasks, and so there may be a few different types of pumps around. Some will be able to pump fluid with all sorts of gravel and debris, called trash, without a problem. Other pumps aren’t able to handle that, and it can be damaged by trash. Pumps can exert a range of pressures, with the three general types being low, medium, and high pressure. Pumps can also be classed by how they operate mechanically, with the two most common types being positive displacement and centrifugal. 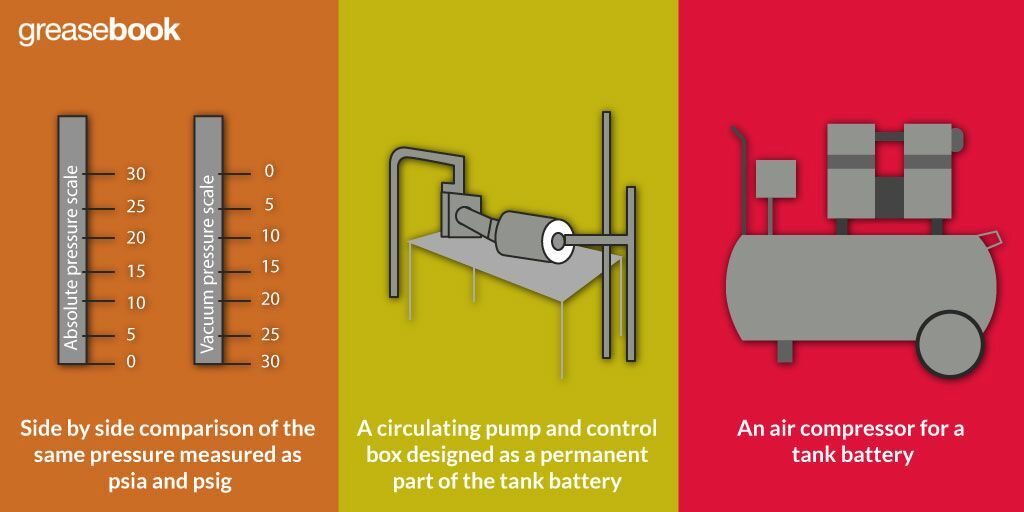 Pumps move fluid or gas by mechanically pushing it around, thereby creating the pressure that shoves it down the pipe or line. If you’re wanting to learn about pumps, you’re basically looking at systems designing to create and use pressure, so understanding a bit about pressure is helpful.

The point of compressing gas is usually to get it to do work. Gas and fluid will move from a higher pressure area to a lower pressure one. In the process it can move stuff and provide control or power. The lower pressure that draws higher pressure in is called a vacuum. An example of that is the stroke cycle of the internal combustion engine. As the piston moves down for the intake stroke, it draws air and fuel into the vacuum, the area of low pressure, that the motion creates. Forcing more gas into a container to take up less space is referred to as gas compression. Compressing air is essentially the same process, forcing more air into a small container to increase the pressure.

Most pressurized lines and tanks will have a pressure or gas gauge. A common unit of measurement for gauges is inches of mercury, abbreviated as in. Hg, or known as inches of vacuum. With that system, the pressure is measured by a mercury within a graduated sight tube. While at sea level pressure is 14.7 psi, it’s measured at 29.92 inches of vacuum. Unlike atmospheric pressure, the vacuum can’t be increased beyond that amount. 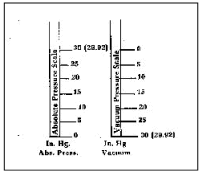 Figure 1. Side by side comparison of the same pressure measured as psia and psig.

Pumps do a lot of jobs around a lease operations, and it’s not unlikely that some creativity will occasionally be required. There are some things that pumps will be used for, however, no matter where you go.

Circulating pumps are going to be found in the majority of tank batteries. As the name implies, the pumps are used to circulate the oil and fluids in order to keep tank bottoms clean. It will also be used for a number of other tasks in the tank battery. Larger pumping operations will usually have a circulating pump as a permanent part of the tank battery. That pump is often electrically powered. A single-cylinder gasoline pump is a common choice when electricity isn’t available or uneconomical.

Smaller operations may have a hand carried or trailer mounted pump that can be moved from one tank battery to the next. Ideally, a pump of this sort should be easy for one person to use and transport. Units with pump and motor together are convenient for that reason. 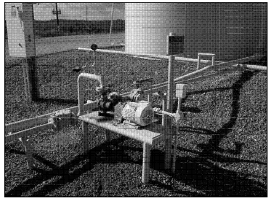 Figure 2. A circulating pump and control box designed as a permanent part of the tank battery.

Circulating pumps will be hooked into the system at the stock tanks’ drain, and then looped back around to the beginning, after the separator and before the heater-treater, gun barrel, or any other vessels used for cleaning the oil. This allows oil to be sent through the system for further cleaning, and also keeps it moving so that heavier elements don’t sink to the bottom. It may also be sometimes necessary to pump fluid the other direction.

Basic maintenance for these pumps includes replacing old packing, or lubricating bearings. The engine that powers the pump will need regular engine maintenance, like changing the oil and tightening or changing belts. A common problem with gasoline powered engines is a clogged carburetor, which can be caused by rust or other trash in the fuel tank.

Natural gas is produced by many wells and so is a natural choice whenever you have a system that uses pressurized gas for control or power. However, it’s a choice that may end up costing you more than you save. There are a range of potentially corrosive chemicals in natural gas that are difficult to remove. Systems can be damaged, clogged, or otherwise broken by using natural gas for an extended period. Air compressors are not that expensive, and compressed air has many fewer problems when used as a source of power.

Figure 3. An example of an air compressor for a tank battery, used for an automated control system.

Most air compressors on lease pumping operations run off electricity. Maintaining the compressor is therefore fairly straightforward. The oil should be checked and changed regularly, and it should be noted that the oil needed for a compressor will likely be different from that required by most engines. Belts need to be kept at the correct tension. Air filters need to be kept clean in compressors to keep efficiency up, and the compressor will also likely collect water through condensation. The other major concern in a compressed air system is leaks, which can cause slow downs and other problems. Air compressors are usually automatic, to supply the system with pressure as it requires, so maintenance requirements are usually low.

Gas can be used for many things around the lease, but using a gas compressor has more to do with keeping excess gas out of the air, collecting it, and potentially selling it. They’re used when a tank battery is closed to a populated area, or if large quantities of gas are likely to be produced. These compressors are usually automatic, using low pressure systems for control. Altogether, this is referred to as a vapor recovery unit.

The compressor collects the gas, compresses it, and then sends it to a natural gas sales system. Along the way, the gas is passed through a scrubber to remove any mist suspended in the gas, which is later routed back to the stock tanks.

The vapor recovery unit has a lubricating system which must kept filled and checked. Keeping records on how much oil you’re using over time can be a good way to catch problems before they become serious. It also allows you to determine how often you’ll need to add oil to keep the system topped up.

Is your appetite for oil & gas operating knowledge insatiable like ours? 😀 If so, check out these related articles, Lease Electrical System and Motors In Oil & Gas Production and, The Basics Of Maintaining Engines For Oil & Gas Production – they’ll be sure to pump you up!!!