The Winchester 1873 Rifle, Oil and Gas Apps, and an Energy Revolution

Despite its promise of land and wealth, the American West was an unruly place for early pioneers. Gun-toting wanderers, cattle rustlers, and trigger-happy lawmen were all out to stake their claim.

The Industrial Revolution was running at full-steam, and further permeated the Western frontier with the building of the Union Pacific Railroad and invention of the Morse telegraph.

While there is no doubt that advancements in travel and communication brought progress and order, we’d like to attribute the taming of the West to a much cruder, more rudimentary advancement in technology: the Winchester 1873 Repeating Rifle. 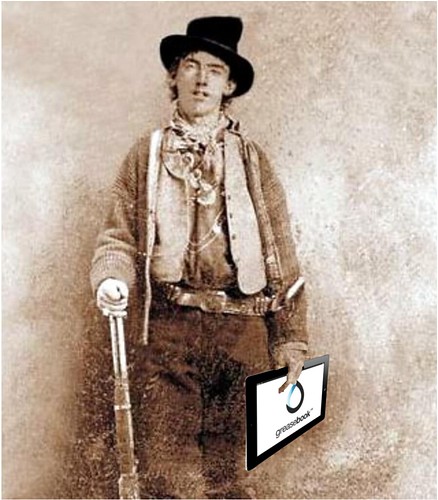 Popular with ranchers, lawmen, and outlaws alike, the Winchester 1873 gained notoriety due to its portability and effectiveness. The Industrial Revolution also introduced the scaling of precision machine parts, which reduced prices and made the lever-action rifle accessible to any man who desired one.

Winchester knew that fast loading times and ease of use would make this rifle a surefire hit, but its fame as “The Gun that Won the West” wasn’t solidified until inventor and rival industrialist Sam Colt made his decision to chamber his infamous “Peacemaker” revolver for the same size ammunition. The bearer of the Winchester rifle could now carry the same round for both his rifle and his pistol.

The Industrial Revolution opened new frontiers, which made for very exciting times. However, Billy the Kid and the Dalton Bros didn’t have all the fun… just look at all the advancements that are helping us to explore new “territory” in the oil & gas industry.

Much like the Winchester 1873, today’s mobile devices are portable, effective, fast, and affordable. Rival mobile device makers are quickly filling the space, which means nothing but good things for the mobile user.

And, while slow response times in the oil field won’t get us shot at a high-noon showdown, there is no arguing that mobile devices can reduce downtime in the field, increase production life spans of oil & gas wells, and deliver the necessary production data to the people who add value to your company. 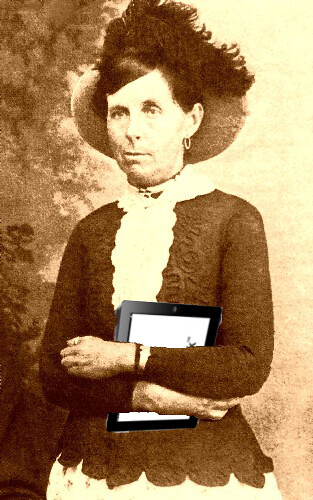 Belle Star hangs tight to what she holds dear…

The taming of the oil field is long overdue. The power, accuracy, and handling abilities of today’s smart phones and tablet computers offer the independent producer an opportunity to realize greater efficiencies and time saving techniques in both the immediate and long-term.

GreaseBook is blazing a trail toward increased production and reduced downtime for the independent operator. This bandwagon is poised for the big win — and guess what?

We want you on it.

Look what the pumpers are saying...