Problems like parted rods and leaking tubing, while they may require a servicing unit and crew, are part of standard maintenance operations for a well. There are larger problems that may require a full workover. Workovers can be expensive, as they not only require heavy equipment and a crew, but also may require that a well be killed and production totally stopped for a period of time. 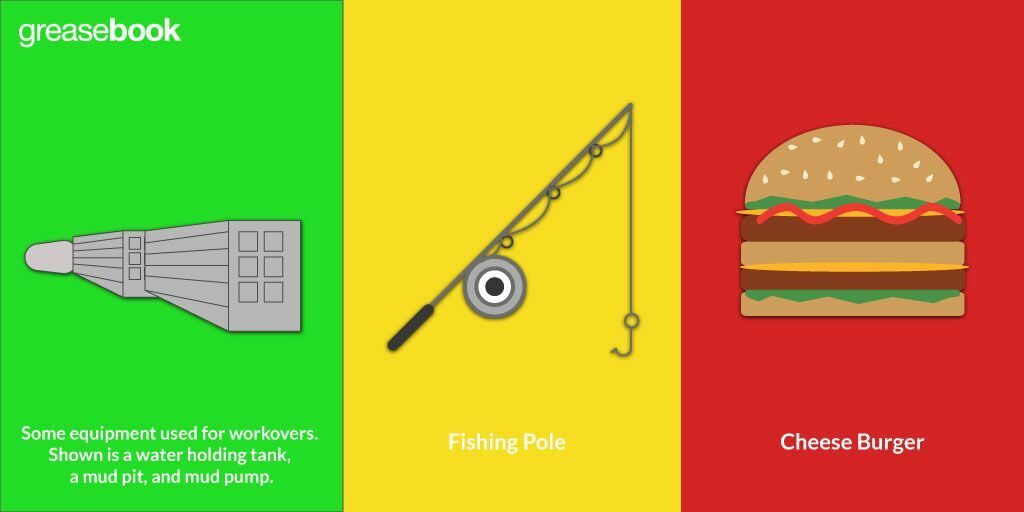 Before a workover can begin, the well usually has to be killed. This means that the pressure of the formation has to be equaled by pressure from above, usually by injecting treated water, oil, or formation water into the well. This brings the flow of formation fluid to a temporary halt. The fluid that is injected will eventually dissipate, allowing the well to flow once more. Swabbing the well can help hurry that process along. If more fluid is injected, the well will be killed for a longer period. The precise moment the well will begin flowing again can’t be predicted, so the workover should be completed in a time efficient way. If water is used as the fluid, potassium chloride can be mixed in to prevent the formation from being over hydrated.

Figure 1. Some equipment used for workovers. Shown is a water holding tank, a mud pit, and mud pump.

Blowout preventers may be installed as part of a workover. This is a valve at the top of the tubing string that can be shut to cut off flow from the well. Most are made up of two parts. In the upper part are rams that will enclose the pipe when closed. The lower part has several blind rams which are closed when the pipe is not in the hole. That means the flow can be contained if it begins at any point. There will need to be a quick switch between the christmas tree and blowout preventer.

Why Workover A Well?

A workover is an expensive operation, and it’s usually worth it only if there’s a serious problem or it could lead to a genuine increase in production. The majority of workovers are used to address problems downhole.

Tubing or other pipe may become stuck when you attempt to pull it from the well. A workover may be required to free the stuck pipe so maintenance can be carried out and flow restored. Stuck pipes are usually caused by a few common problems.

Salt bridges are one of the more common problems that can lead to a stuck pipe. Salt bridges are created when the well is pumped in several daily cycles and the formation holds very salty water. The water will collect in the annulus space until pumping begins, when it will drain out. The water leaves behind a salt residue. When the process is repeated many hundreds of times over months of pumping, the residue can build up into bridges that block the annular space. Production can be reduced or even stopped altogether by the salt bridges that form. Fresh water can be dropped in the annular space, dissolving the salt. Salt bridges may still occur, however.

Scale can have a similar effect when it builds up over time. More scale will break out of the water as the temperature and pressure drop. Scale buildup can be drilled out, though there are chemicals and coatings that can be used to reduce scale.

Sand may also migrate to the bottom of the hole, and gravel may also become packed so that pipe or other equipment becomes stuck. Adding screens to perforated joints can help keep sand out of the well.

When both the tubing and rod string are removed from a well at the same time, it’s called stripping the well. The rod string can be broken out if the pump clutch is engaged and the rods turned counterclockwise. When the rods are turned enough, the rod will break. The upper part can be pulled, and then the tubing is also pulled so that the loose rod string comes to the surface. That’s repeated until both the entire tube and rod strings have been pulled from the well.

When stripping a well, there’s a risk of spilling oil. Lighter oils may also begin flowing up in the well, and potentially even lead to a blow out. All of these are time consuming and expensive to clean up. These problems can be prevented by using some special equipment, swabbing, and some other basic safety procedures.

Removing parted tubing from a well can be a pain, particularly when it’s difficult to catch and latch on to the loose, broken end downhole. To make fishing the tubing easier, a custom tool may be designed and made in a shop. Before that tool can be made, however, one or more impression blocks need to be run.

A variety of tools are available for rent and can be used to catch different types of parted tubing. An overshot with a milling surface is helpful when trying to catch a rounder fish and a spear is a tool best suited for fishing a jagged opening. The tubing string may fall to one side of the casing. When that happens, an offset finger can be constructed in the shop. This is a tool that wraps around the string when turned. The company that rents the tools may also have specialist that can help with difficult operations.

Fracturing operations, better known as fracking, are done as a way of increasing the porosity of a formation, allowing a higher flow and an increase in production. There’s a wide range of fracking techniques and technology available.

The fracking process includes applying hydraulic pressure to split rock open. Sand is then injected into the fractures. The sand is much more porous than the rock, and allows for an increased flow through the formation. A few different fluids can be used to apply hydraulic pressure. Treated water, water produced from the well, and crude oil are the most common fluids used. A few other fluids made from petroleum products are also in use. Water soluble rock salt or oil soluble moth balls are added to the fluid so that it will penetrate further into the reservoir and create a deeper fracture.

Another sort of fracking uses high pressure acid to etch new passages and widen existing flow paths. A chemical called a neutralizer will make the acid safe after a period so that it can be produced back up to the wellhead after fracking has finished.

There are a few other more specialized forms of fracking, such as explosive heat fracking. That’s a method that is best used in shallow wells where denser products like paraffin are common.

A well workover may be done for several other reasons. In some cases, it may be necessary to drill scale out of the bottom of the hole to bring production rates back up to expected levels. In these cases, the tubing can be used as a drill pipe by adding a rotating head and a power swivel. 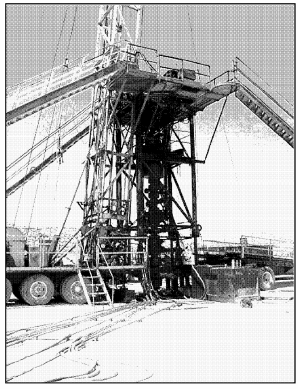 Figure 2. This rig for working over a well has a double blowout stack so it can continue to be produced while the workover is in progress.